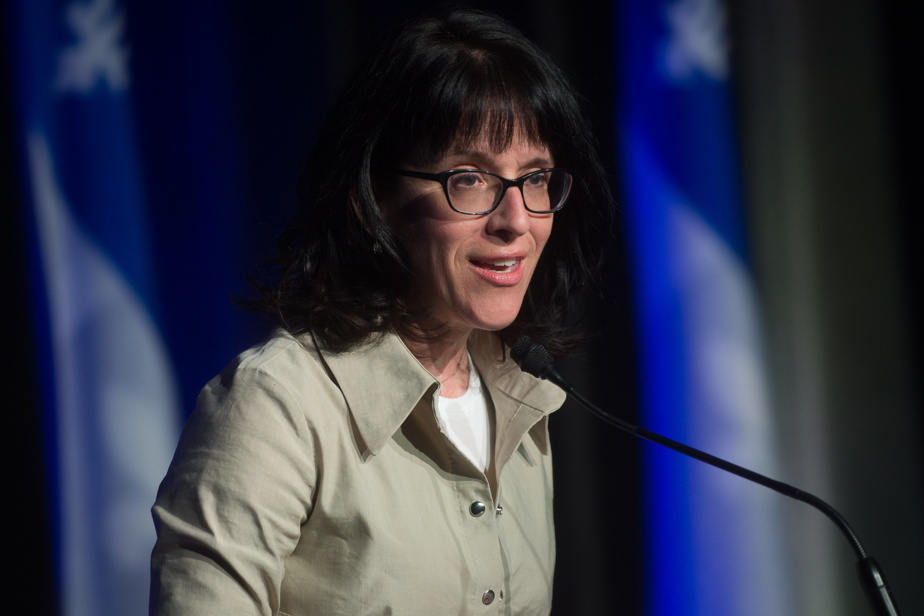 (Quebec) The lifting of the state of health emergency will also signal the end of the exceptional powers to award contracts without a call for tenders. Quebec has promised accountability by the end of the session in June. The President of the Treasury Board, Sonia LeBel, already assures that there has been no favoritism as feared by the opposition.

“I can assure Quebecers that we have put in place all the mechanisms to prevent favoritism,” argued Ms.me LeBel in a press scrum on Tuesday.

The Legault government awarded 4.1 billion contracts under the health emergency decree in 2020-2021, according to the report Statistics on public body contracts, published Tuesday by the secretariat of the Treasury Board. These sums are valid for the execution of 2,688 contracts over $25,000.

The figures for 2021-2022 are not yet counted, but expensive contracts have also been awarded by mutual agreement. One need only think of the massive purchase of rapid screening tests or N95 masks during the Omicron wave.

All of these contracts were awarded under the Law [sur l’état d’urgence sanitaire] and, according to my information, they were necessary.

Sonia LeBel, President of the Treasury Board

Quebec has also defended itself from lacking transparency, since all contracts are published in the government’s electronic tendering system. “The Autorité des marchés publics also has full authority to look at these contracts and do its job,” added the President of the Treasury Board.

A “before June” report

The Legault government has the obligation to present within three months of the end of the state of health emergency an “event report” in which it must detail “the intervention measures implemented and the powers exercised”. under the Public Health Actwhich includes the awarding of contracts.

“I am committed to having it tabled before June,” Prime Minister François Legault reiterated on Tuesday.

The opposition feared that this report could not be presented before the end of the parliamentary session and, therefore, not before the elections.

It is that the state of health emergency will only be lifted once the transition bill of the Minister of Health, Christian Dubé, has been adopted in the National Assembly.

Minister Dubé is due to present his legislative text on Wednesday aimed at ending the state of health emergency in Quebec, after two years of a pandemic. In an interview on Saturday, Mr. Dubé explained that his bill was to establish “operational” mechanisms to allow the government to react quickly in the event of a new wave.

François Legault’s chief of staff, Martin Koskinen, also told The Press that the government wanted to keep at its disposal a “minimum” of powers, “without being obliged to declare a health emergency” to exercise them. Such as the payment of bonuses, the imposition of wearing a mask in public transport or maintaining “already signed” over-the-counter contracts.

“Risks of slippage”, according to the opposition

The high volume of contracts awarded under the health emergency raises fears in the opposition that certain groups or companies may have taken advantage of favoritism. In their eyes and those of several experts, the Legault government has also maintained the state of health emergency in Quebec for too long.

“There are enormous risks of slippage,” launched the liberal leader, Dominique Anglade. “The reason we call for tenders is so that there is no favouritism,” she added. According to her, there is “clear appearance of a problem with the management of contracts” by the government.

The leader of the Parti Québécois, Paul St-Pierre Plamondon, said he was “worried” by a “government that has been clinging to this point, for months, to governance by decree to give contracts without appeal of offers”.

“We can talk about Jean Charest for a very long time, then about his dark era of governance, but we should open our eyes to what is happening at the moment,” he said in a scrum.

The logic of the call for tenders is to avoid favouritism, to avoid what we discovered at the Charbonneau commission.

The deputy of Quebec solidaire Vincent Marissal, for his part, directly challenged Mr.me LeBel: “I don’t know how she feels to see this multiplication of contracts because she was at the Charbonneau commission and she saw very well that from the moment we let our guard down, […] it’s the open door, ”he said.

The main interested party was quick to reply: “The chief prosecutor of the Charbonneau commission would tell you that we are absolutely not at all in the same situation. »

Excluding those granted under the state of health emergency, the Legault government awarded 14,467 contracts by mutual agreement for a value of 3.07 billion in 2020-2021, which totals approximately 21% of all contracts. contracts given in Quebec. This is the average of recent years, according to Mme LeBel.

A slight increase in hospitalizations

Quebec recorded a second consecutive slight increase in hospitalizations linked to COVID-19 and the number of patients in intensive care on Tuesday, at a time when 20 new deaths from the virus were also reported. These new deaths bring the daily average calculated over seven days to 12. The trend is thus down 34% over a period of one week. In the health network, there is an increase of five hospitalizations related to the disease, which results from 79 new admissions and 74 discharges. To date, 1,082 patients therefore remain hospitalized in connection with COVID-19, 66 of whom are still in intensive care, an increase of five cases in 24 hours in this regard (eight entries, three exits). Thus, the number of people hospitalized increases for a second consecutive day. That said, the 1082 patients still represent a drop of 14% over one week. The 66 people in intensive care also represent a 14% drop. Authorities are also reporting 1,023 new cases of COVID-19 on Tuesday, bringing the daily average to 1,074.

“About 20%” of solutions go through the private sector, says Legault

François Legault said Tuesday that about “20%” of the solutions that will be put forward in the plan to “refound” the health network “go through the private sector”. The Prime Minister made this declaration while the opposition is worried about the place that the private sector will occupy in its aims. “Over the next few weeks, my colleague the Minister of Health will table a comprehensive plan. I would say that about 80% of the solutions to improve the health care system come from the public. But, there is a 20%, approximately, which goes through the private sector, ”launched Mr. Legault at the Blue Salon. The Prime Minister was responding to the parliamentary leader of the Parti Québécois, Joël Arseneau, who accused him of turning to the private sector rather than having “the courage to turn to solutions for the public to tackle the real problems” of the health and social services network. Minister Christian Dubé has already indicated that the private sector will be called upon to carry out, in particular, the catch-up of surgeries in his “refounding” plan. Mr. Legault did not specify which solutions involving the private sector could be put forward.