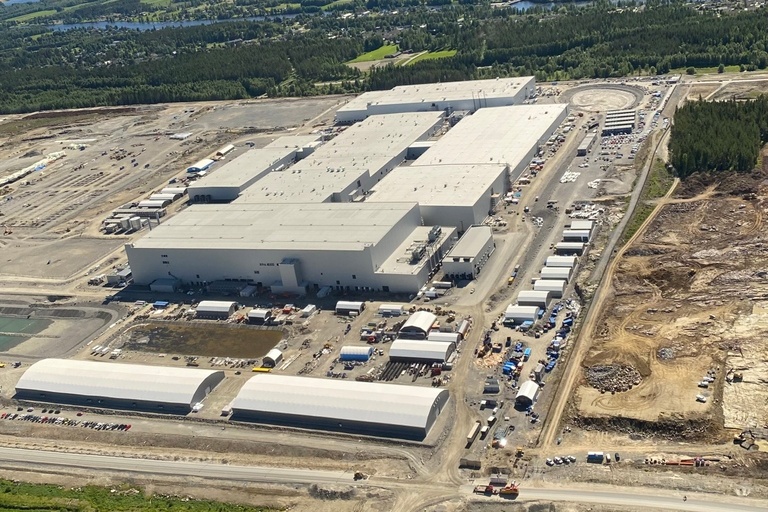 (Berlin) The Swedish electric battery group Northvolt could postpone its project for a giant battery factory in Germany because of the energy crisis and more favorable subsidies in the United States, its boss said on Saturday.

This emblematic project “could be postponed”, said Peter Carlsson, in an interview on Saturday with the German daily Frankfurter Allgemeinen Zeitung.

Northvolt had announced with great fanfare in March the construction, in Heide (north), of a battery factory capable of supplying one million electric vehicles per year.

This behemoth, very energy-intensive, with a consumption of 2 terawatt hours per year, was to open in 2025.

But “with current electricity prices, we see the profitability of energy-intensive projects in Germany under threat,” Carlsson said.

Germany, which was supplied with 55% of Russian gas before the war in Ukraine, must obtain supplies elsewhere, at much higher prices.

These tensions have caused the price of gas and electricity to explode, driving up inflation and production costs in industry, the engine of German growth.

At the same time, a favorable subsidy scheme adopted this summer in the United States is hurting European competitiveness, according to Northvolt.

“We are now at a point where we can prioritize expansion in the United States over Europe,” detailed Mr. Carlsson, who estimates that the cost of producing batteries could decrease by “30 to 40 % ” in the USA.

Washington has passed legislation providing tax incentives for automakers if vehicle batteries are manufactured and assembled in the United States.

This new public aid regime has caused tensions between the United States and the Europeans, with the EU pointing the finger at measures deemed to be protectionist.

“The United States can thus become the most interesting site in the world for the manufacture of battery cells, added the CEO, calling on the European Union to “counterbalance the American financial incentives”.

In September, the Wall Street Journal reported that the American Tesla doubted, for the same reasons, its project for a mega-factory of batteries near Berlin. Information denied by the local authorities since.

The place of production of batteries, where most of the added value of electric cars resides, is a strategic issue for Germany and its emblematic automotive industry, launched into an all-out transition.