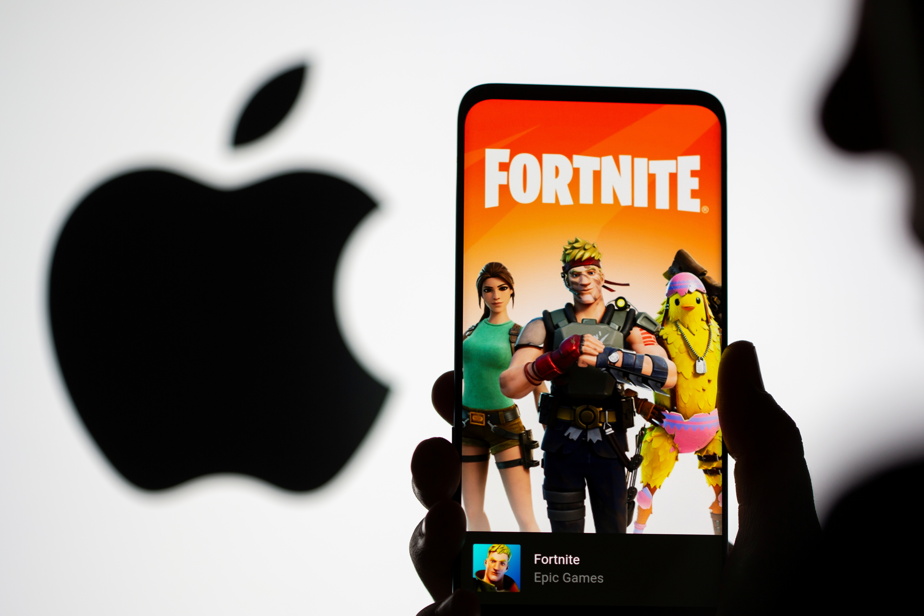 (San Francisco) Apple is preparing for a court confrontation against Epic Games, the company behind the popular video game Fortnite, which accuses it of flouting competition laws.

The apple of contention is Apple’s absolute control over iPhone app purchases. Right now, the only way to download an app on one of these devices is through the App Store, which takes a 15-30% commission on any purchase. The app store provides a wide range of products to over 1 billion smart phones.

By some estimates, those commissions earn Apple between $15 billion and $20 billion a year — revenue the company says helps cover its operating costs, as the App Store now contains nearly 2 million apps, for most free.

The oral arguments that will take place on Monday before three judges of the United States Court of Appeals for the Ninth Circuit are only the latest developments in this long legal battle.

The saga is not about to end either: after hearing Monday’s arguments in San Francisco, the appeals court is not expected to rule for six months to a year. Additionally, the issue is so important to both companies that the losing side is likely to take the judgment to the U.S. Supreme Court, a process that could stretch into 2024 or 2025.

The dispute dates back to August 2020. 13 months ago, US District Judge Barbara Gonzalez Rogers sided almost entirely with Apple in a 185-page ruling, following a closely watched trial.

Although she said Apple’s exclusive control over iPhone apps was not a monopoly, the judge ordered Apple to allow apps to provide links to payment alternatives outside of the app Store, a requirement that has been deferred until the appeals court rules.

A Justice Department lawyer will also have the opportunity to explain why he believes the judge interpreted federal antitrust law too narrowly, jeopardizing future action against potentially anti-competitive behavior in the technology sector.

Another attorney from the California Attorney General’s office will present arguments in defense of the judge’s decision.