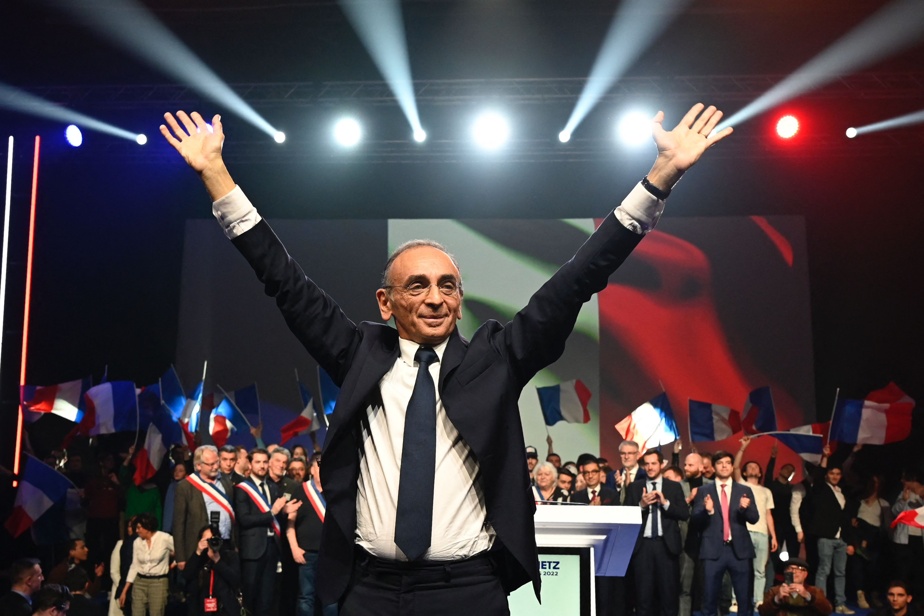 (Metz) “They are trying to steal the election from you”: the far-right candidate Éric Zemmour tried Friday in Metz to remobilize his troops “against all odds” and to target Marine Le Pen, to ward off slippery polls.

The pretender to the Élysée has not completely filled up at the Arènes, a room with more than 4,000 seats. His camp pointed out that the time of the rally had been brought forward for the televisions, to 5:45 p.m. rather than 6:30 p.m., and that Friday penalizes the workers.

During his speech, Éric Zemmour sent back to back Emmanuel Macron, quoted sixteen times, and Marine Le Pen, criticized nine times, hoping to avoid a new duel between his two rivals.

“Today they are trying to steal the election from you. They want to reinstate the Le Pen-Macron match that you no longer wanted, this final without any suspense, this wrestling show where everything is rigged, between the eternal teenager and the eternal loser, ”launched the presidential candidate, which caps between 11 and 13% of voting intentions and has been going through a delicate sequence since the outbreak of the war in Ukraine.

“They are organizing the re-election of Macron, and it is Marine Le Pen who will give him the short run. She has already done it once, she knows her role by heart, ”hammered Éric Zemmour.

The reconquest candidate! conceded having “learned” from a few “errors” in the campaign, sometimes conceding a “sentence too many” or not having “not always, I admit, managed to keep my calm in the face of the injustice of certain attacks”.

“I think I can humbly say that I am a better candidate today than when I declared my candidacy,” he said.

“Today, I have no doubts, I am more lucid, more solid, more true. […]. From each controversy they invented for us, we emerged stronger. Once again, my dear friends, we are moving against all odds! “, he judged.

Previously, the former RN Jean Messiha had castigated “the only thing that disfigures our country, the leprosy of radical Islam. […] For the left when you dress like a Bedouin from 8and century is progressivism,” he said.