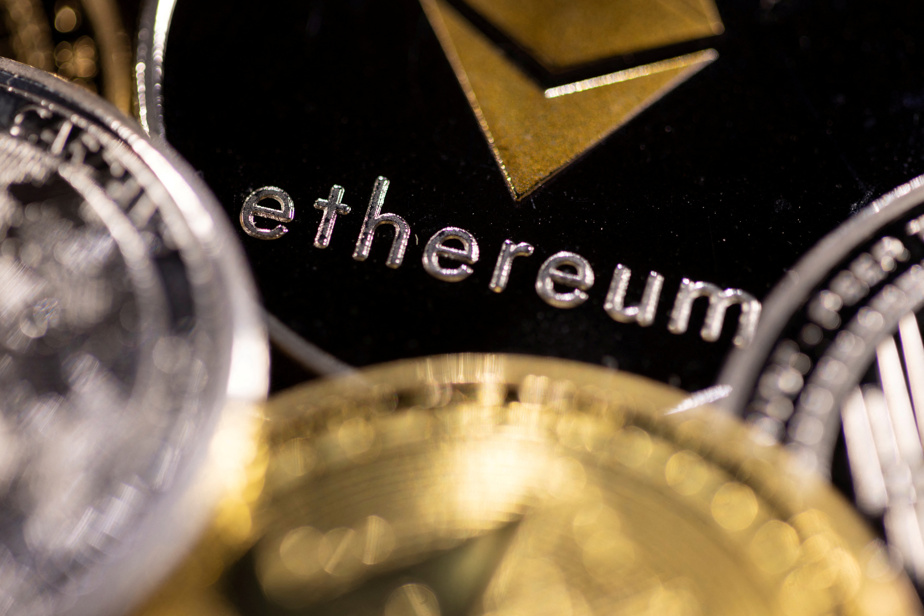 (Paris) Revolution in sight for Ethereum and the world of cryptocurrencies: the second most important “blockchain”, after Bitcoin, will change its mode of operation this week, in order to become less energy-intensive in a context of rapid growth.

A risky operation which must take place by Thursday and which some compare to the replacement of a diesel engine by an electric motor… on a moving vehicle.

Concretely, it is one of the pillars of this (“blockchain”) “chain of blocks” – the technology which serves in particular as a support for cryptocurrencies – which will be modified. As it operates without a central authority, it is therefore up to some of its users to validate the operations that take place there, such as NFT exchanges.

Until now, to belong to this circle of “validators”, it is necessary to solve a very complex calculation requiring a great computing power. The exercise, called “Proof of Work” in English, consumes a large amount of electricity and the idea is therefore to find a greener alternative.

From now on, it will therefore be necessary to place a bet of 32 Ether (the cryptocurrency associated with Ethereum, i.e. approximately 50,000 euros) to be able to validate on the “blockchain”, this sum can be seized in the event of misconduct, a method called “Proof of Stake” (“Proof of stake” in French).

To effect this switch, an update to the main network of the “blockchain”, nicknamed “The Merge”, must take place between Tuesday and Thursday, with various precautions taken. Major trading platforms such as Binance or Coinbase have, for example, planned to briefly freeze Ether trading.

If the operation succeeds, we could reduce Ethereum’s electricity consumption by “99%”, estimates Lennart Ante, researcher at the “Blockchain” Research Lab, to AFP. There will be “no more infrastructure, just software”, he emphasizes.

Today, this “block chain” consumes some 45 TWh of electricity per year, or about 10% of France’s annual electricity consumption.

This carbon footprint is currently causing some artists and industrialists to boycott it, but the success of the transition “could, over time, increase the acceptability of Ethereum and all applications built on the” blockchain “, by decision makers and regulators”, anticipates the Dutch bank-insurer ING in a recent note.

“This could then stimulate the willingness of financial institutions to develop Ethereum-based services,” he continues.

Other experts qualify this opinion and instead highlight the “fundamental problems” that remain in the world of cryptoassets.

The lack of traceability of asset holders, the management of virtual portfolios and the opacity of governance are all major obstacles to seeing these systems find their place in the real economy, explains Stéphane Reverre, co-founder of the research firm on Sun Zu Lab cryptos.

Anyway, the transition from one system to another, unprecedented on this scale, is an ambitious operation, if not risky, recognize the developers who have been preparing for it since the end of 2020.

“We are literally changing a complete protocol, while continuing to run an economy thanks to it. It may seem scary,” acknowledged Sajida Zouarhi, “blockchain architect,” at a conference in Paris.

And this operation is only the first step in a “long and complicated transition to make Ethereum a much more powerful and robust system”, capable of processing more transactions, aims the founder of this blockchain, the computer scientist russo -Canadian Vitalik Buterin.

Investors, in any case, have so far welcomed the project: the price of Ether is resisting better than that of Bitcoin to the shock that has been shaking the cryptocurrency market for some time.