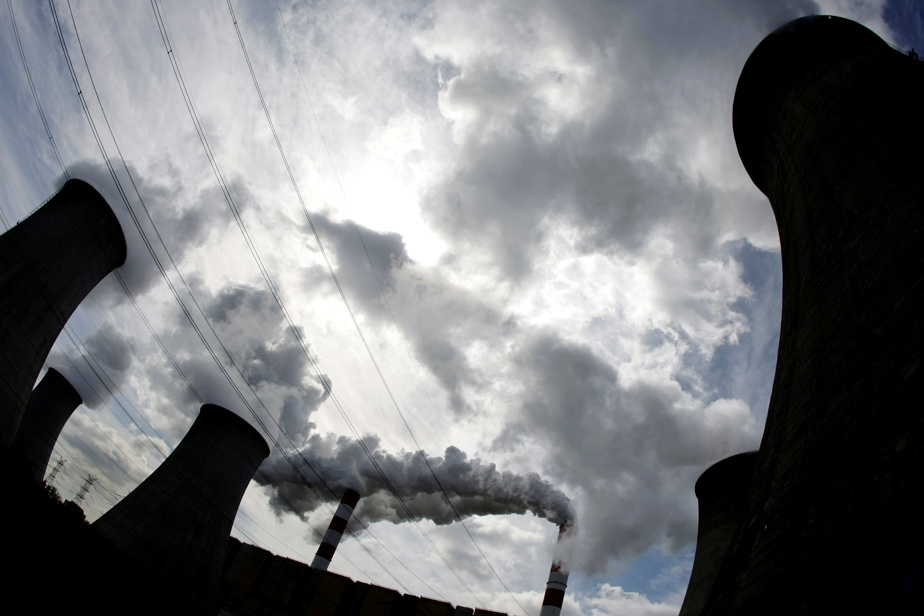 (Brussels) End of free “rights to pollute” for industrialists, taxation of emissions linked to heating and cars, social fund for the transition… The EU reached an agreement on Sunday on a vast reform of its carbon market, the centerpiece of the European climate plan.

After tough talks, negotiators from the European Parliament and EU Member States agreed to raise its ambitions and expand its scope.

This multi-pronged reform, proposed in July 2021 by the European Commission, should make it possible to achieve the ambitious greenhouse gas reduction objectives of the climate plan of the Twenty-Seven.

To cover their CO emissions2electricity producers and energy-intensive industries (steel, cement, etc.) in the EU must now buy “polluting permits” on the European emissions quota market (ETS), created in 2005 and applying to 40% of the continent’s emissions.

The total quotas created by the States decrease over time to encourage industry to emit less.

According to the agreement reached, the rate of reduction of the proposed quotas will accelerate, with a reduction of 62% by 2030 compared to 2005 (compared to a previous objective of 43%): overall, the manufacturers concerned will automatically have to reduce their emissions accordingly.

“The carbon price will be around 100 euros/tonne for these industries. No other continent has such an ambitious carbon price”, rejoiced Pascal Canfin (Renew, Liberals), chairman of the Environment Committee in Parliament.

“There is room for maneuver until 2026 to invest in low-carbon energies and improve energy efficiency. Afterwards, it’s the hour of truth: we will have to reduce our emissions by then, or pay very dearly afterwards”, sums up MEP Peter Liese (EPP, right).

The carbon market will gradually extend to the maritime sector, to emissions from intra-European air flights, and from 2028 to waste incineration sites, subject to a favorable study by Brussels.

This was the most controversial point: the Commission proposed to create a second carbon market (ETS2) for heating buildings and road fuels, where suppliers of fuels, gas and heating oil would have to buy allowances to cover their emissions .

Frightened by the social impact of such an additional cost, MEPs pleaded to first reserve this measure for office buildings and heavy goods vehicles.

In the end, households will indeed pay a carbon price on fuel and heating from 2027, but this price will be capped at 45 euros/ton at least until 2030, and if the current spike in energy prices continues, the entry into application will be postponed to 2028.

Manufacturing sectors not affected by the current carbon market will also be targeted.

“The strict conditions we have set make the extension to households politically acceptable,” said Mr. Canfin.

Revenues from the new market (ET2) will have to fully finance the transition. In particular, they will feed a “Social Climate Fund”, endowed with 86.7 billion euros, created to help vulnerable households and businesses.

“This Fund will not be a blank check for the States. It will help vulnerable households in their energy transition, for example with subsidies for insulation or for greener transport,” assured MEP Esther de Lange (EPP, right).

In addition, the “Innovation Fund” which financially supports companies will swell to around 50 billion.

As a “carbon tax” at the borders increases, the EU will gradually eliminate the free emission quotas allocated until now to European industrialists to allow them to face competition from outside Europe.

The equivalent of 98.5 billion euros were distributed to them between 2013 and 2021, according to the NGO WWF.

On the other hand, so that they are not disadvantaged on the world market, a mechanism will be developed by 2025 to support European manufacturers exporting to countries outside the EU without comparable carbon pricing.

“This agreement will allow big polluters to continue to receive billions of euros in free allowances” for a decade, while “households will receive crumbs in comparison”, estimates the coordination of environmental NGOs CAN.