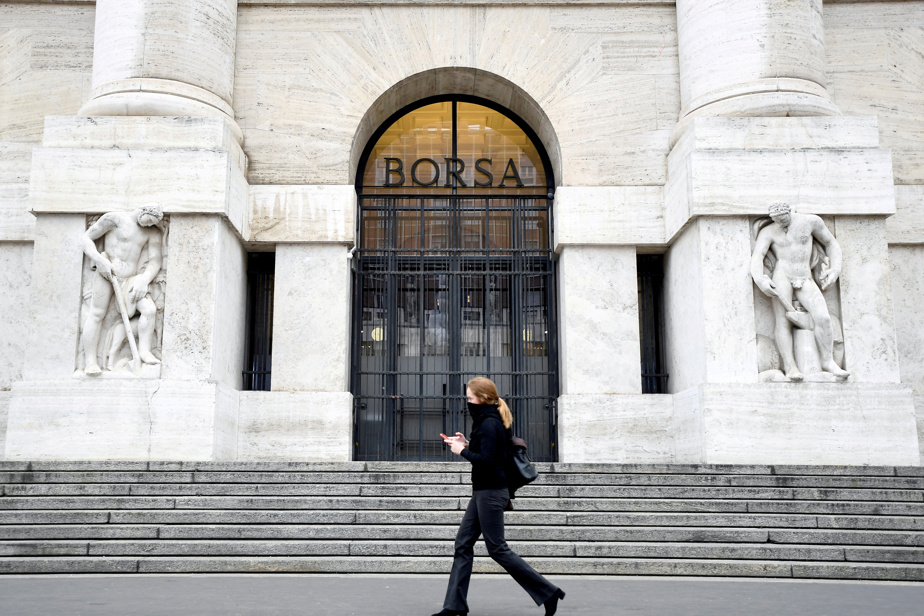 (Paris) Stock markets reacted negatively Thursday to the decisions of European central banks for 24 hours, all remaining very suspicious despite the slowdown in inflation.

On Wall Street, futures on the main US indices predicted a decline of between 1.1% and 1.5%, the day after a closing down.

Last of a long series, the European Central Bank did not innovate compared to the other central banks and continued to increase its key rates, but in a more modest way than during its previous meetings.

Even in 2025, the pace of inflation is expected to remain slightly above its 2% target.

As a result, it will reduce from March 2023 its portfolio of debt accumulated during the crisis years. This news pushed up rates on the bond market: the cost of the Italian 10-year loan rose to 4.10%, against 3.85% the day before.

On Wednesday, the US Federal Reserve set the tone: it certainly reduced the pace of its monetary tightening on Wednesday as expected, but confirmed that it would continue to raise its rates. It now expects its key interest rate to exceed 5% next year, a higher level than previously reported.

The institution was more pessimistic about the evolution of the rise in prices next year, on unemployment and on the growth of the world’s largest economy.

“The central bank’s message is clear: inflation remains a problem and the job is far from over,” summarize the experts at Aurel BGC.

On Thursday, the central banks of England, Switzerland and Norway also issued a similar message.

The evolution of monetary policies is all the more worrying as investors fear that high interest rates will push the global economy into recession.

The manufacturing activity index for the New York area in the northeastern United States fell back into the red in December, after rebounding in November, as companies braced for an economic slowdown next year , even a recession.

In Asia, the stock markets also took a hit after the drop in retail sales in China in November, which was more severe than expected (-5.9% over one year).

In sharp decline at the start of the session, after the Fed’s resolution, the euro rose thanks to the press conference by Christine Lagarde, President of the ECB: around 9:10 a.m. (Eastern time), it took 0.16% to $1.07.