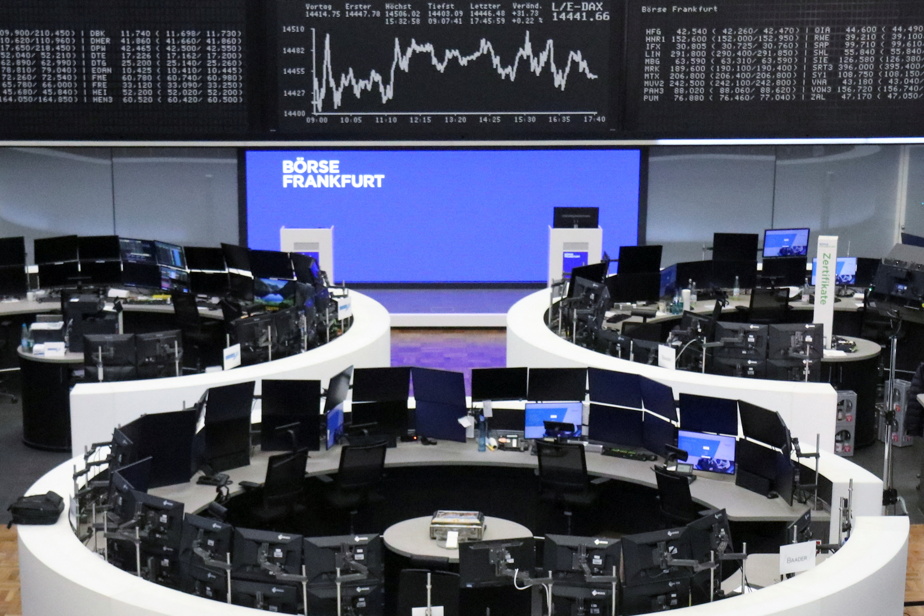 (Paris) A possible aggressive monetary tightening by the US Federal Reserve raises fears of an economic slowdown on world stock markets, which fell sharply on Wednesday.

Investors were still digesting tougher-than-expected remarks from Federal Reserve Governor Lael Brainard on Tuesday, who is known for her dovish stances on monetary policy.

She assured that the Fed was ready to “act more strongly” against inflation, in particular by selling financial assets, from its next monetary meeting in May.

“The most crucial issue for traders is related to the reduction of the Fed balance sheet”, a measure which would be a “strong and significantly aggressive gesture” and a message “that the ‘party may be over’”, underlines Pierre Veyret, analyst of ActivTrades.

This prospect of aggressive monetary tightening has Deutsche Bank analysts fearing an economic recession in the United States by the end of the year.

The minutes of the last meeting of the institution’s monetary policy committee, expected after the close of European markets, will allow market players to find out more.

Interest rates continued to rise: that for the 10-year American loan stood at 2.599%, the highest since 2019. Those in Europe also tightened markedly, with the German 10-year rising at 0.647%.

The Fed’s publication does not make the markets forget the Ukrainian conflict either. The European Union will have to take sanctions on Russian oil and gas “sooner or later”, declared the President of the European Council, while the Twenty-Seven are currently discussing new sanctions on coal and investments in the country.

The Russian Finance Ministry announced on Wednesday that it had settled a dollar debt in rubles following the refusal of a foreign bank to make the payment in dollars, which exposes it to a risk of default, one of the signs that the he Russian economy is beginning to crack under the weight of Western sanctions.

The conflict, supply difficulties and the resumption of COVID-19 contamination are weighing on economic activity elsewhere in the world. In particular in China, where activity in services plunged in March to its lowest level since the beginning of 2020, and in Germany which experienced a sharp drop in orders placed with industry in February.

Faced with rising interest rates in the bond market, technology stocks retreated. They need low rates to finance their growth and to enhance their long-term profits.

Even more exposed, semiconductor manufacturers suffered from international tensions and restrictive measures in China. Infineon fell by 5.26%, ASML by 5.06%, STMicroelectronics by 4.60%, Nvidia by 2.73%, AMD by 1.99%.

The ruble erases its losses

Oil prices were down on Wednesday, pending U.S. crude inventories.

In the currency market, the ruble temporarily returned to the level at which it closed on February 23 (81.16 rubles per dollar), before the Russian invasion of Ukraine. Around 6 a.m., it was trading at 83,4472 rubles to the dollar.

The euro remained weak (+0.04% to 1.0910 dollars), against the greenback, galvanized this week by the policy of the Fed.