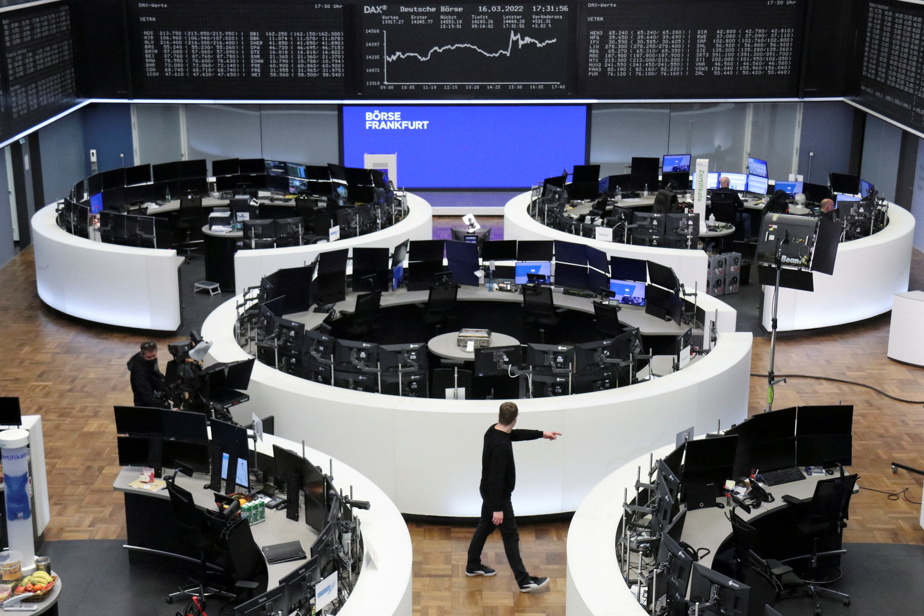 Europe closed in mixed order: after the strong gains of the day before, London took 1.28%, helped by its oil companies, and Paris 0.36%. But the decline in banking and automotive stocks has weighed on Frankfurt (-0.36%) and Milan (-0.66%).

While the markets were hoping for an early compromise between Russian and Ukrainian negotiators on Wednesday, “the tone is rising between the United States and Russia” on Thursday, commented Andreas Lipkow, analyst for Comdirect. What makes “market players […] very tense and nervous”.

US President Joe Biden on Wednesday accused his Russian counterpart Vladimir Putin of being “a war criminal”, comments deemed “unacceptable and unforgivable” by the Kremlin.

Furthermore, the Kremlin spokesperson claimed that the Russian delegation was “making great efforts”, and accused the Ukrainians of “not showing the same zeal”.

“A ceasefire would require a significant backpedaling by one side or the other” and, given the positions of each and the attacks of the Russian army, “an imminent de-escalation does not seem likely at the moment “, estimated Michael Hewson, analyst at CMC Martkets.

The situation caused a sharp rise in crude oil prices and raised fears of an environment of stagflation (a slowdown in economic growth coupled with high inflation).

Following the announcement of a rate hike by the US Central Bank (Fed), Wall Street managed to maintain its momentum.

“The Fed has probably been a little more aggressive than expected, but not enough to deflect the markets from their trajectory,” said Ross Mayfield, an analyst at Baird.

“The American economy is very solid,” he said. Even taking into account the uncertainty over Ukraine and the surge in commodity prices, “with six or seven increases, you are still relatively accommodating” on the monetary level, according to him.

Both oil benchmarks jumped more than 8% on Thursday, to climb well above $100 a barrel, pushed by the war in Ukraine, the Kremlin refusing to suspend its offensive and the IEA fearing a shock to the economy. oil supply.

German conglomerate Thyssenkrupp fell 9.34% after warning that the consequences of the war in Ukraine made it “impossible to declare the feasibility” of its plan to make its steel division independent.

Stocks most exposed to Russia suffered.

In France, Renault (-5.25%) ended up at the back of the pack, penalized like other automotive stocks by fears of disruption to production chains. BMW lost 2.21% in Frankfurt.

On the currency market, the euro rose 0.53% against the greenback, to 1.1094 dollars, while the pound was stable at 1.3147 dollars after falling following the Bank’s decision. England (BoE) to raise its interest rate to 0.75%.