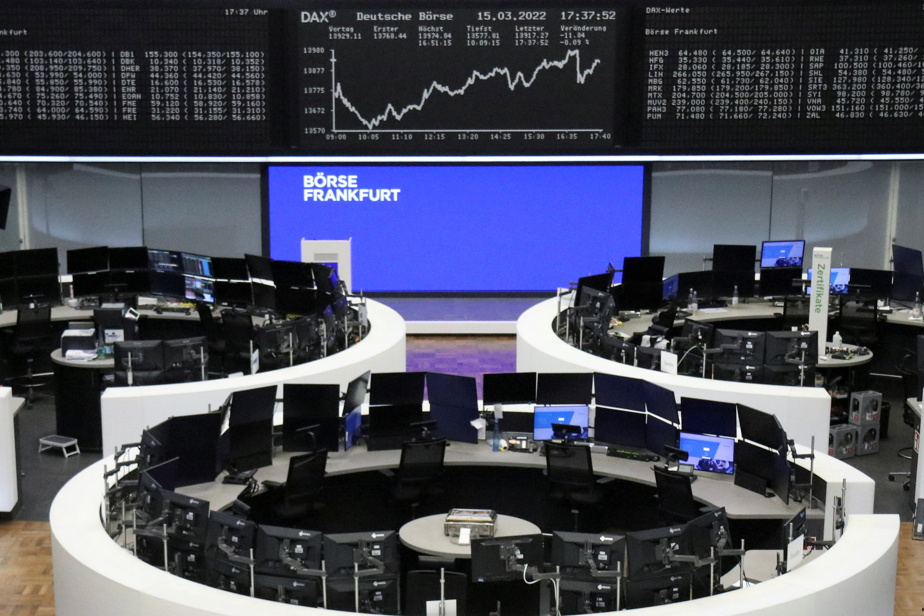 (Paris) World stock markets rose sharply on Wednesday, helped by positive statements on negotiations between Ukraine and Russia and after a sharp rebound in Asian markets.

Markets were banking on a way out of the crisis in Ukraine after signs of progress in the talks, which “seem to be on the verge of a conclusion” according to Craig Erlam, analyst at Oanda.

A status of neutrality for Ukraine is at the heart of these negotiations and the head of Russian diplomacy Sergey Lavrov affirmed that “there are very concrete formulas which, I think, are close to an agreement”.

Without denying discussions on neutrality, the Ukrainian chief negotiator rejected “a Swedish or Austrian model” and insisted on “absolute security guarantees” against Russia.

Craig Erlam, however, remains “cautiously optimistic”. “Especially considering that Russian attacks on Ukraine continue during the negotiations,” he recalls.

The trend was also supported by the promise of the Chinese authorities to maintain the stability of the capital markets. Enough to make the Hong Kong Stock Exchange jump by 9%.

Tech heavyweights took off (+20% for Alibaba, Tencent and NetEase) and transmitted this momentum outside the Hong Kong Stock Exchange, notably on the New York Stock Exchange where the NASDAQ technology index climbed more than 2% around 1 p.m.

Investors are still awaiting the monetary policy decision of the American central bank (Fed) and the speech of its president, Jerome Powell, who is to announce a 25 basis point increase in its key rate.

For Peter Boockvar, chief investment officer at Bleakley Advisory Group, however, this could be “a non-event, as the market has already priced in around 7 quarter-point rate hikes” this year.

Bond yields have indeed already climbed in recent days, rising from 1.7% at the start of last week to 2.176% around 1 p.m. for the interest rate on US 10-year debt.

In the wake of the jump in Hong Kong, shares of Chinese technology companies listed on Wall Street soared from 25% for Baidu to more than 30% for JD.com.

In Paris, STMicroelectronics gained 7.48% and in Frankfurt Infineon gained 8.16%.

Banking sector equities benefited from two things: on the one hand, a possible exit from the crisis in Ukraine suggests a possible easing of sanctions targeting the Russian financial system and penalizing many banks in turn. And on the other hand the rise in interest rates is a good sign for the profitability of banks.

Oil prices were stable despite concerns from the International Energy Agency (IEA) over global oil supply and as commercial crude oil reserves in the United States rose more than expected.

The benchmark barrel in Europe, Brent from the North Sea, fell 1% to 98.91 dollars around 5 p.m. GMT, after closing on Tuesday below 100 dollars for the first time in three weeks.