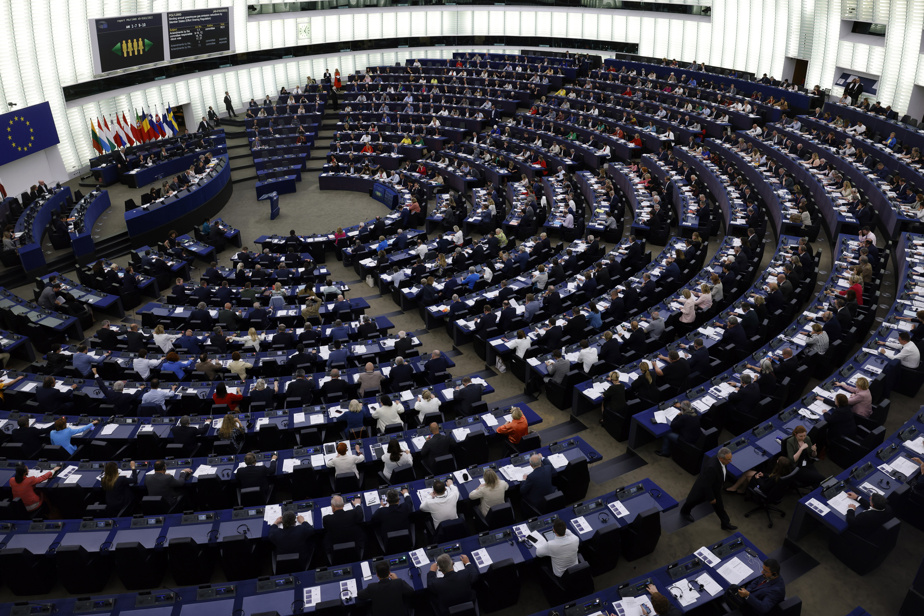 (Strasbourg) The European Parliament approved on Wednesday, despite fierce opposition from the right, Brussels’ proposal to reduce emissions from new cars to zero from 2035, de facto only authorizing the sale of electric vehicles.

MEPs, meeting in plenary session in Strasbourg, validated the text on the regulation of CO emissions2 cars and vans, which is part of the European Union’s ambitious climate plan, by 339 for (249 votes against, 24 abstentions).

This tight vote determines the position of MEPs before their negotiations with member states to finalize a compromise. Cars account for at least 12% of CO emissions2 in the EU.

The adopted text takes up the intermediate objectives proposed by Brussels: reduction of 15% of automobile emissions by 2025 and 55% in 2030.

While the Parliament had failed earlier Wednesday to agree on a reform of the carbon market, it approved several other texts of the climate package, including the increase in the binding targets for CO capture.2 by natural “carbon sinks” (forests, land use, etc.).

The objective of automotive “zero emissions” gave rise to a bitter battle, with an amendment from the EPP (pro-European right and leading force in Parliament) proposing to aim instead for a 90% reduction in automotive emissions by 2035 .

This would have made it possible to continue selling hybrid cars and, according to the EPP, to encourage alternative technologies. The amendment was ultimately narrowly defeated. For their part the Greens, who wanted to bring forward the ban on heat engines to 2030, were not convinced either.

The right, which also called for taking into account the carbon emitted for the production of a car, did not pass an amendment promoting the use of “synthetic fuels” and other biofuels considered less carbon-intensive than fossil fuels.

“We are setting a clear course for the industry by supporting the end of internal combustion engines in 2035, an important and consistent victory with the objective of carbon neutrality for 2050”, since a car runs on average 15 years, welcomed Pascal Canfin (Renew, Liberals).

With thirteen years to change the most job-providing industry in Europe, entering the electric age is “a way of protecting both the climate and jobs in the sector over time”, noted Michael Bloss (Greens ).

The NGO Transport & Environment saw in the phasing out of combustion engines “a historic opportunity to end our dependence on oil”. And increased production of electric vehicles will help bring prices down, according to one of its officials, Alex Keynes.

The right, which logically voted against the entire text, was alarmed by the industrial consequences.

She castigated a text which “will prevent the marketing of high-performance hybrid vehicles or vehicles using biofuels”, the production of which could prove to be cheaper than electric vehicles.

“It’s a decision against the market, against innovation and modern technologies, without admitting that there is not enough charging infrastructure in much of Europe” for electric cars, said castigated Hildegard Müller, president of the powerful federation of German manufacturers VDA.

In addition, the text provides that luxury vehicles (between 1,000 and 10,000 passenger cars registered per year) benefit from a derogation allowing them to be equipped with a combustion engine until 2036.