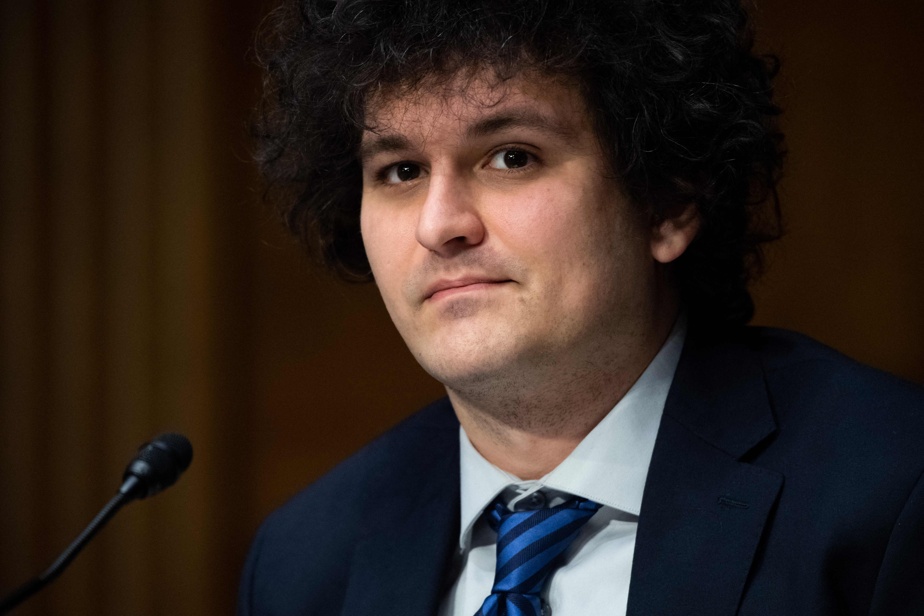 (New York) Sam Bankman-Fried, ex-rising star of cryptocurrencies with his FTX platform and his company Alameda, was indicted on Tuesday by American justice for having defrauded his customers and investors.

Arrested Monday in the Bahamas at the request of the United States, he is charged with a total of eight counts, including electronic fraud, money laundering and violation of electoral laws, according to the indictment unveiled by the federal prosecutor of New York.

Also prosecuted by financial market regulators, he must be presented Tuesday before the justice of the archipelago.

Mr. Bankman-Fried is accused of having, from the beginning of FTX in 2019, used the money deposited by customers wishing to speculate on cryptocurrencies to finance the activity – and the risky bets – of his brokerage and investment company. Alameda investment.

He is also accused of having lied to investors lending money to Alameda about the real financial health of the company.

He has “built a house of cards based on deception,” said Gary Gensler, chairman of Wall Street’s regulator, the SEC, in a statement.

The stock market policeman, who wonders about the more than 1.8 billion dollars raised by FTX from investors since at least May 2019, claims in particular that “SBF” be prohibited from buying or selling financial securities (except for his personal account) and that he can no longer exercise managerial functions.

The US agency responsible for derivatives (CFTC) has also filed a complaint accusing the entrepreneur of fraud and misrepresentation.

“SBF” had been making media appearances for a month, despite the risk of a lawsuit for fraud after the spectacular implosion of the company, valued at 32 billion dollars at the start of the year.

The United States has “filed a complaint” against the 30-year-old, who resides in the Bahamas, and “will probably request his extradition”, explained the Attorney General of the Bahamas, Ryan Pinder, in a press release relayed on Twitter.

Both countries “have an interest in holding accountable individuals associated with FTX who may have betrayed the public trust and broken the law,” said Philip Davis, the premier of the northern archipelago. -eastern Cuba.

The Bahamas will conduct its own “criminal investigation into the collapse of FTX,” he added, quoted in the statement.

“Inexperienced and not very knowledgeable”

In the United States, “if he is convicted of fraud, he could spend the rest of his life in prison, given the amount”, estimates Jacob Frenkel, of the firm Dickinson Wright.

“There would be no indictment if the prosecutors were not absolutely convinced that they will obtain a conviction,” added this specialist in federal investigations, who worked for the American stock market policeman (SEC).

Sam Bankman-Fried was supposed to speak before a House of Representatives committee on Tuesday, as was John Ray, the new boss of FTX.

The ex-executives of the bankrupt platform have shown a “complete failure” at all levels of control, spending without really counting the money of their customers, said Monday John Ray, in a document published the day before. hearing in Congress.

At first glance, “the collapse of the FTX group appears to be the result of the absolute concentration of control in the hands of a very small group of grossly inexperienced and unsophisticated individuals, who have not implemented any of the systems or controls required for a company entrusted with other people’s money or assets,” the official stressed.

Considered one of the world’s leading cryptocurrency exchanges, FTX was suddenly unable to return the money they had deposited there to its customers in early November.

The group announced its bankruptcy filing on November 11.

The former muse of cryptos has chosen to multiply interviews and speeches on Twitter, despite the seriousness of the accusations against him.

A graduate of the Massachusetts Institute of Technology, the son of law professors at Stanford University, he had managed to legitimize cryptocurrencies with the general public and the political class.

But his contrite air and his hesitant tone during his recent speeches offer a striking contrast to the reassuring image he has forged for himself in recent years.

“It was a very risky strategy,” remarks Jacob Frenkel. In the end, it is “as if he had admitted that he behaved in a criminal way”.