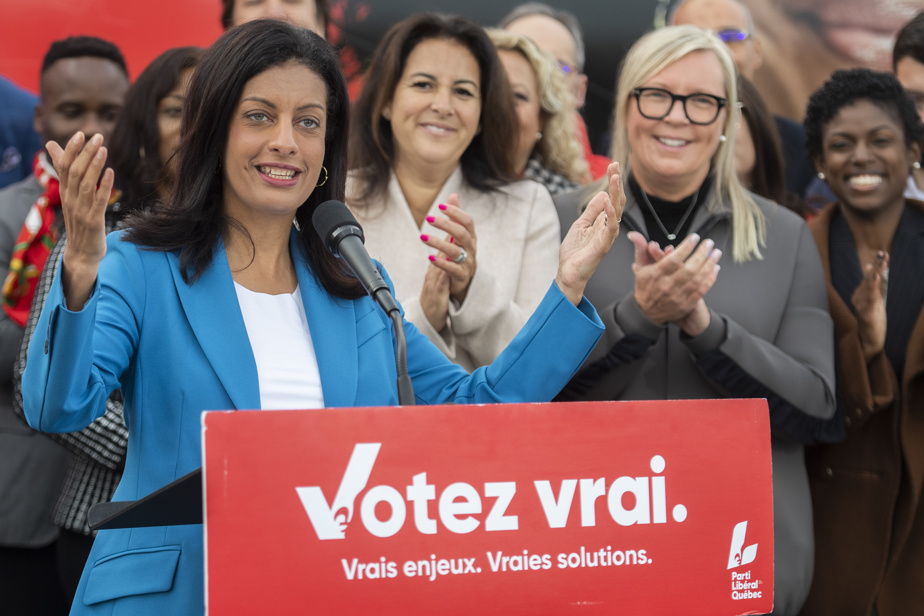 (Quebec) Criticized from all sides, the Liberal leader Dominique Anglade is trying to reintegrate MP Marie-Claude Nichols into her caucus. “It went too far,” she admitted in an interview Monday.

Dominique Anglade met Mme Nichols a few hours earlier, four days after having expelled her for her refusal to accept the responsibilities she wanted to entrust to him within her shadow cabinet.

The interview followed a meeting of the party’s executive committee on Friday evening and a caucus meeting on Sunday.

The decision to deport Mme Nichols, “I assume it, and I think it went too far,” said Dominique Anglade. She nevertheless clarified that “on both sides, it was too camped and too rushed […]. When I say it’s gone too far, that includes me, but it includes the whole situation. »

The leader did not want to give details on the “way through” that she tried to find with the deputy who now sits as an independent.

One thing is certain, there is no question of granting her wish to become third vice-president of the National Assembly. Dominique Anglade maintains his choice to support the candidacy of Frantz Benjamin, MP for Viau since 2018. “That is clear and it is behind us. »

She remained evasive about the outcome of this meeting. “I don’t want to comment on the discussion I had with her,” she replied, containing herself to add that her “door remains open”. The member therefore did not give him an answer according to his statements.

“Our hand is outstretched”

Elected in Vaudreuil since 2014, Mme Nichols coveted the post of third vice-president of the National Assembly. Dominique Anglade instead offered Mme Nichols to be spokesperson for transport, entrusting a rookie, Virginie Dufour, with the responsibilities that the MNA for Vaudreuil held in the last mandate (municipal affairs and housing).

The member refused these responsibilities. She was thus excluded from the parallel cabinet of the leader on Thursday to be expelled from the caucus a few hours later.

Dominique Anglade did not explain his decision then, wallowing in silence until Monday. According to her, it was “out of respect for Marie-Claude, but also so that we could give ourselves one more chance of finding a solution that would suit everyone”.

“We want each person to contribute and take some responsibility for the files. That’s what caucus wants to see. We want her to come back and be part of the caucus, so that she can fully play her role. She is an experienced parliamentarian, she is capable of having several files. It’s up to her to see what she wants to consider. But in the end, our hand is outstretched,” said Mr.me England.

Even if voices are raised to contest his leadership, Dominique Anglade intends to remain at the helm of the party and to be in office at the opening of the parliamentary session on November 29. She is ready to undergo a vote of confidence at the party congress which must take place within a year. She would like this exercise to take place as soon as possible (“sooner than later”).

In a hasty move, the Liberal leader summoned the party’s association presidents and members of the executive and management councils to a meeting at 8 p.m. Monday evening. At the end of the discussions, which lasted a little over an hour and a half, two participants testified The Press that the exercise was difficult for Dominique Anglade. The complaints against the chef were numerous and direct, without detour, we summarized without wanting to go into details.

Marie-Claude Nichols has not commented on the meeting with Dominique Anglade so far. In a brief press release issued on Friday, she said she intended to “serve as an independent” and not ” [s’]affiliate with any other political party”. “My values ​​do not change, they remain liberal,” she said. She thanked “the many people from all walks of life who [lui] have shown their support over the past few hours.