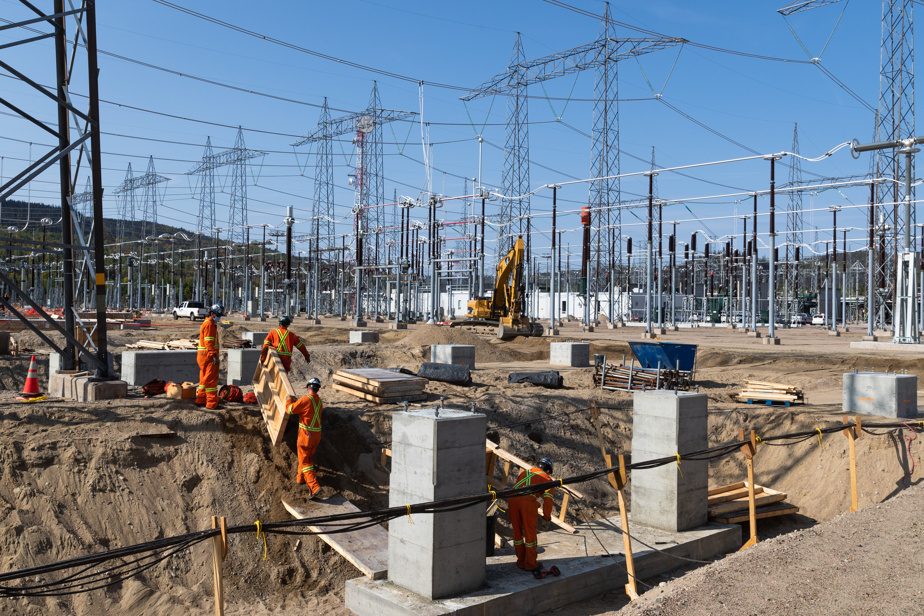 The 58 kilometer Quebec portion of the power line to New York will cost Hydro-Quebec $1.14 billion.

This investment is necessary for the 20-year export contract concluded with the State of New York, argues the state company in its application for approval of the project submitted to the Régie de l’énergie.

The future transmission line will be built between the Hydro-Québec substation in La Prairie and the American border, a length of 58 kilometres. It will be completely buried underground for a portion of 56.1 kilometers and under the Richelieu River for 1.6 kilometers to the border.

The planned cost of 1.14 billion is twice that of the Quebec portion of the other interconnection project, aerial this one, which will connect Quebec to Massachusetts via Maine. The cost of this link known as Appalaches-Maine is 600 million for a length of 100 kilometers.

The Hertel-New York link will therefore be more than three times more expensive and probably the most expensive project per kilometer built in Quebec.

Despite the size of the investment required to export to New York, Hydro-Quebec says the project will have no impact on electricity rates in Quebec. Much information on the calculation of the costs and the profitability of the project was transmitted confidentially to the Régie and is not accessible.

The contract with New York is for the export of 9.45 terawatt hours for a 20-year period beginning in 2025. Hydro-Québec has estimated the project’s rate impacts over 20-year and 40-year periods and argues that, ” for all of these periods, the project does not generate an upward impact on the transmission tariff”.

The Mohawks of Kahnawake must be co-owners of the future transmission line on Quebec soil. No details on the sharing of the costs and benefits of this partnership have been submitted to the Régie. “Negotiations are underway so that when the project is commissioned, the line will constitute an asset of an entity jointly owned by Hydro-Québec and the Mohawk Council of Kahnawà:ke”, indicates the state corporation in his request for approval.

Hydro-Québec announces that it will begin its work even before the Régie decides on the project.

Some engineering activities will be undertaken “immediately in order to meet the work schedule,” she said in her request.

At the American border, the Hydro-Québec transmission line will join the link built by its American partner Transmission Developers Inc. which will pass under Lake Champlain. This project, known as the Champlain Hudson Power Express, consists of a 545 kilometer link between the border and New York City. The cost of the US portion of the interconnection has doubled since it was announced and is now estimated at $4.5 billion. On the American side, the project has already obtained all the necessary permits and is currently awaiting the final authorizations from the State of New York before starting work.

Hydro-Québec has presented the Régie with assumptions on the evolution of inflation, which could have an impact on the cost of its $1.14 billion project, but these assumptions are confidential. Any increase in costs of more than 15% will have to be approved by its board of directors, indicates the state company.

10,000 megawatts of industrial projects on hold

The line of companies that covet Quebec electricity continues to grow, and projects totaling 10,000 megawatts are currently on hold, according to the president and CEO of Hydro-Québec, Sophie Brochu. “We have big decisions to make,” said M.me Brochu, who was the guest of the Council on International Relations of Montreal on Monday. She reiterated that the cost of new electricity supplies is 11 cents per kilowatt hour and that current pricing, which favors the wealthy, needs to be considered. Even if surpluses are a thing of the past, the Quebec government still offers discounts of up to 20% on the rate for large companies investing in Quebec. GM and BASF, which want to invest in Bécancour in battery materials, could benefit from these reduced rates. Hydro-Québec is required to provide electricity for all connection requests of 50 megawatts or less. Beyond this limit, the decision rests with the government, which takes into account other factors such as the economic spinoffs expected from a project. At 10,000 megawatts, electricity demand for industrial projects is higher than current industrial consumption, which is 8,500 megawatts, explained Sophie Brochu.