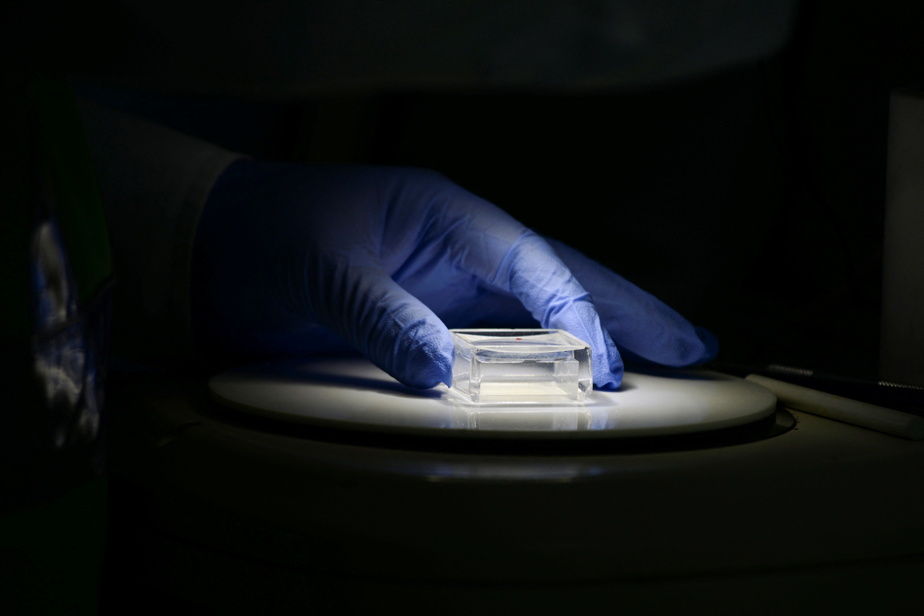 A rare disease, but more common in Quebec than elsewhere, is the subject of two studies at the Montreal Clinical Research Institute, in the hope of helping patients whose quality of life it undermines.

Familial chylomicronemia syndrome is characterized by extremely high blood fat levels, to the point where the blood may look like cream when drawn.

People who suffer from it must closely monitor their diet to keep their fat intake to an absolute minimum. The slightest deviation can have serious consequences, such as acute pancreatitis which will cause them unbearable pain and could send them to the hospital.

“The disease reminds them three times a day, at every meal,” said Dr. Sophie Bernard, who directs the clinic for genetic dyslipidemias at the Montreal Clinical Research Institute. And the slightest deviation may not forgive. »

Patients with familial chylomicronemia syndrome are unable to break down the fats circulating in their blood, due to the inactivity of the enzyme that should do the job — a situation Dr. Bernard compares to having scissors with only one blade.

The disease is estimated to affect around one in a million people worldwide. However, it is a little more common in the Saguenay and Charlevoix regions due to what is called the “founder effect”, which refers to certain genetic characteristics that can emerge within a population.

“It’s a rare disease that is less rare in Quebec,” said Dr. Bernard. Quebec is still an interesting place that allows us to better understand this disease because there are more patients, to better characterize the patients, and also to attract therapeutic developments. »

There is currently no treatment for familial chylomicronemia syndrome. Patients must exercise strict control over their diet so as not to consume more than twenty grams of fat per day, a truly minute amount.

“I have a young patient who one day goes out with her friends for ice cream,” said Dr. Bernard, who discussed her work with The Canadian Press on Rare Disease Day, Feb. 28. She took the small format. Two days later, she was hospitalized for acute pancreatitis. »

The disease can become a source of social isolation and even tension within the couple, she added. It may also interfere with work or studies, either because the patient is reluctant to travel or because the fatty particles, by blocking the small blood vessels, may cause concentration problems.

Pregnant women, whose triglycerides will increase immediately during pregnancy, may need multiple plasma transfusions. Dr. Bernard remembers a patient who received 14 after having already lost a first baby.

Acute pancreatitis caused by familial chylomicronemia syndrome will also be much more severe than those resulting from other problems, warned Dr. Bernard.

Patients who hope for the arrival of therapy have often been disappointed. A gene therapy that emerged a few years ago, in addition to being horribly expensive, “didn’t work very well,” Dr. Bernard said.

“We are currently developing a lot of treatments, whether in different areas, and development is to prevent the production of the protein,” said Dr. Bernard.

By reducing this protein that prevents the scissors from working well, she continues, “it reduces these large (fat) molecules by 80%.

This treatment was not yet marketed because the first generation of technology made the quantities of platelets in the blood drop a little, a problem that we do not encounter with the second generation.