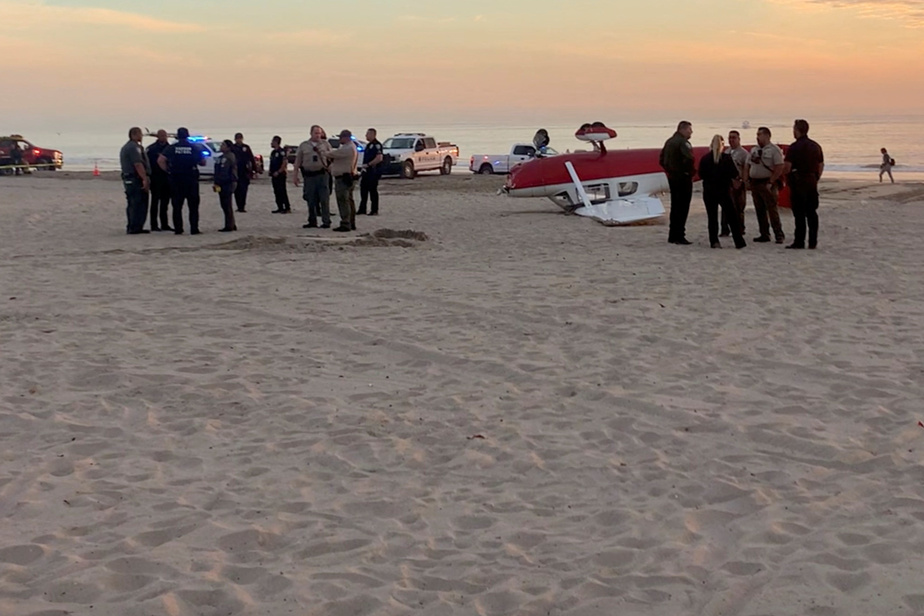 (Los Angeles) An investigation was underway Friday after the fatal crash of a small plane on the beach in Santa Monica, where many tourists flock each year to admire the end of the famous Route 66, at the gates of Los Angeles .

The images of the accident, which took place late Thursday afternoon, quickly made the rounds on social networks.

Video of the crash shows the aircraft flying dangerously low near the famous pier overlooking the beach with its amusement park, before crashing a few dozen meters away and flipping violently on the sand, under the incredulous gaze of passers-by.

A former Santa Monica mayor, Rex Minter, died in the crash, authorities said. The nonagenarian was the only passenger on board this small Cessna 150.

An investigation was opened and the authorities did not give information concerning the condition of the pilot of the plane.

He “reported engine problems after leaving the Santa Monica airport,” according to a spokesperson for the Federal Aviation Administration.

On the beach, witnesses to the crash struggled to realize what was happening.

“My friend saw a plane flying really low and was really puzzled,” Josh Feenberg told local ABC 7. return. It was quite scary. »

Santa Monica Beach is a very popular place in the Los Angeles area, whether for international tourists or locals. Its famous wooden pier welcomes nine million visitors every year, according to its theme park website.