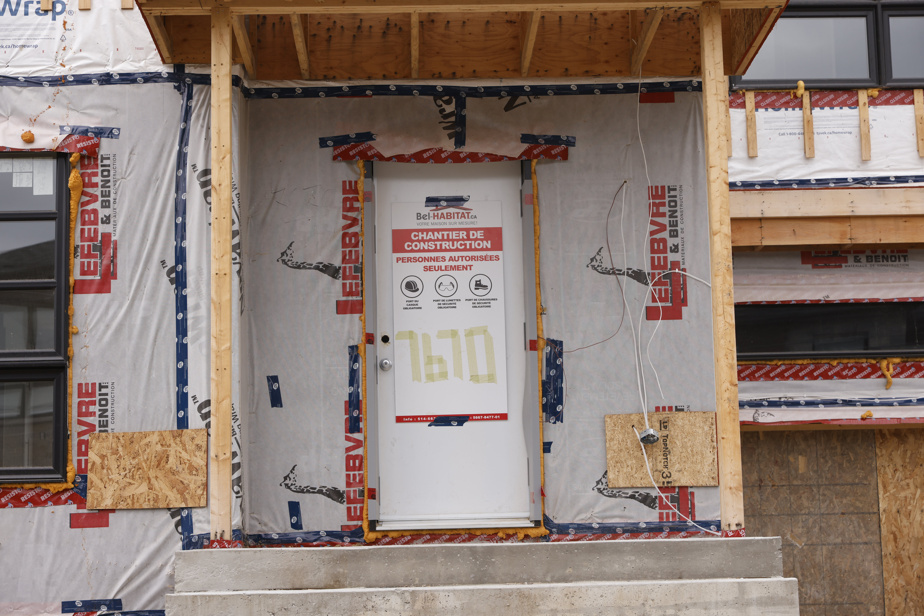 (Montreal) The pressure on the price of housing and single-family homes will not be alleviated by the construction of new residential units, at least not in the Montreal and Sherbrooke regions.

Monthly data from the Association of Construction and Housing Professionals of Quebec (APCHQ) indicate a significant drop in housing starts last February compared to February 2021.

In a press release published on Tuesday, the director of the economic department of the APCHQ, Paul Cardinal, explains that “it was to be expected that sooner or later, the marked increase in construction costs, the supply problems and the scarcity of labor end up weighing down the number of new residential construction sites”.

The downturn had already been observed in January and Mr. Cardinal pointed out that “the results for the first two months are in line with our forecasts, namely that residential construction will slow down this year”.

Thus, last February, in terms of apartment buildings, 2,222 collective dwellings were started, a decrease of 40% compared to the same period the previous year. As for single-family houses, the foundations of 282 houses were poured, which represents a decrease of 33% compared to February 2021.

Overall, therefore, 2,504 homes were started in February 2022, i.e. a decline of 39% over one year for the two categories combined.

It is above all the greater Montreal area that weighed down the results for February, with a decline of 62 per cent, for a total of 1,555 housing units started, both collective and single-family, compared to 3,059 the previous year. The Sherbrooke region is the only other region to have recorded a decline, which reached 29%.

In contrast, the province’s four other census metropolitan areas (CMAs) saw increases in February, including pronounced increases in Trois-Rivières, Saguenay and Gatineau, where the number of housing starts increased more than quadruple. The Québec City CMA also posted a notable increase of 67 per cent, thanks to 394 housing starts.

However, the 329 new homes whose foundations were poured in the smallest urban centers of the province (between 10,000 and 100,000 inhabitants) last month, represent a decrease of 40%, the third monthly decline on this side.