Last opus to benefit from the FIFA logo (the next version will be simply called EA Sports FC), FIFA 23 had to be remembered. This thirtieth volume of the football simulation is preparing, a priori, to reign supreme. We’ll see if this episode deserves its golden ball.

The nerve of the war of any sports simulation lies in the official licenses. If on the side of the stadiums FIFA 23 offers a range of superbly modeled arenas including the famous “Bombonera” of Buenos Aires, it is not the same for the teams. Fans of the Turin club will be happy to find “Juve”, we regret that AS Roma, Napoli or Atalanta de Bergamo are missing. A deficit that the addition of the Italian second division does not really compensate for. On the other hand, women’s clubs are making a remarkable entrance. A logical development when we see the course taken by the blue during the last competitions.

Thus the first French and English divisions join the list of available formations. In each team, the five leading players enjoy careful modeling. A notable effort, even if we note the difference in treatment in comparison with the male workforce. In this rise in strength of women’s football, the absence of the American women’s league is a bit of a stain. We forget that the USA team still has four World Cups. This supreme competition which will take place at the end of the year for men and in 2023 for the fair sex will be the subject of a free DLC, EA remains faithful to the custom.

Fifa Ultimate Team mode had been stagnating for a while. It finally gets an update. The system of links between the players of your dream team is abandoned in favor of a mode of association that is quite complex to understand and implement. Even with the biggest stars of the discipline in his team to achieve the maximum mark is a feat. Fortunately, the publisher had the good idea to include detailed documentation that allows you to understand the new operation. Concretely, you must bring together in your ideal squad footballers from the same club, the same nationality or league to increase the collective score. 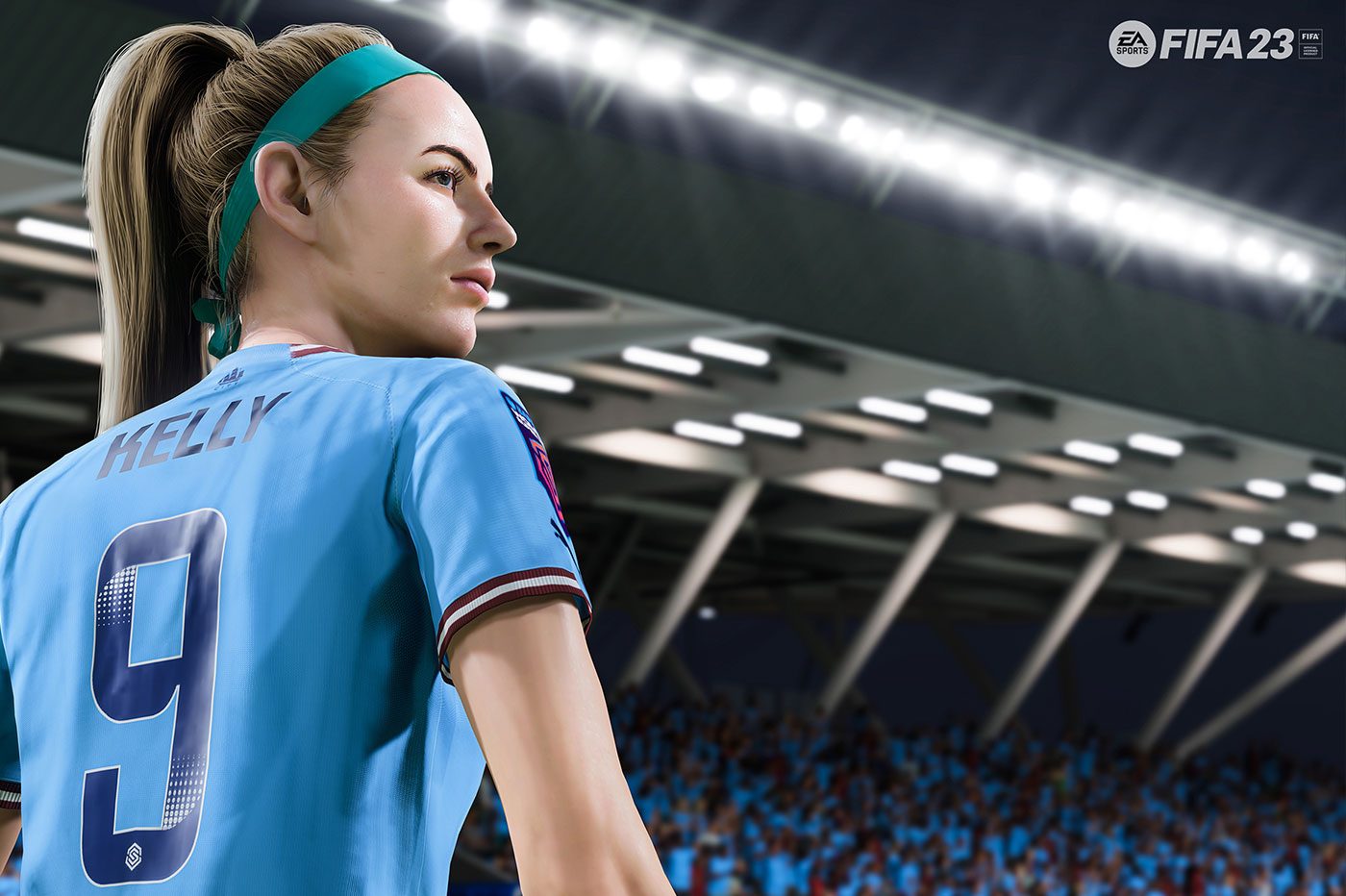 Be careful that the position corresponds to the player you are “recruiting”. Finally, to buy cards, FUT introduces a virtual currency, stars, which are earned by bringing together “moments”. These are challenges to be completed in a limited time such as performing two leg passes and scoring a goal in less than 30 minutes a game (this challenge gives you the Mbappé card).

These two FIFA multiplayer modes are connected, no doubt a marriage of convenience. Volta remains dedicated to improbable street football with great spectacle (turbo mode, supersonic strike, etc.). It challenges formations on all urban terrains scattered around the globe. In Clubs Pro, you embody a player within an online team. Both game modes require the creation of a fully customizable avatar (morphology, haircut, position, etc.). 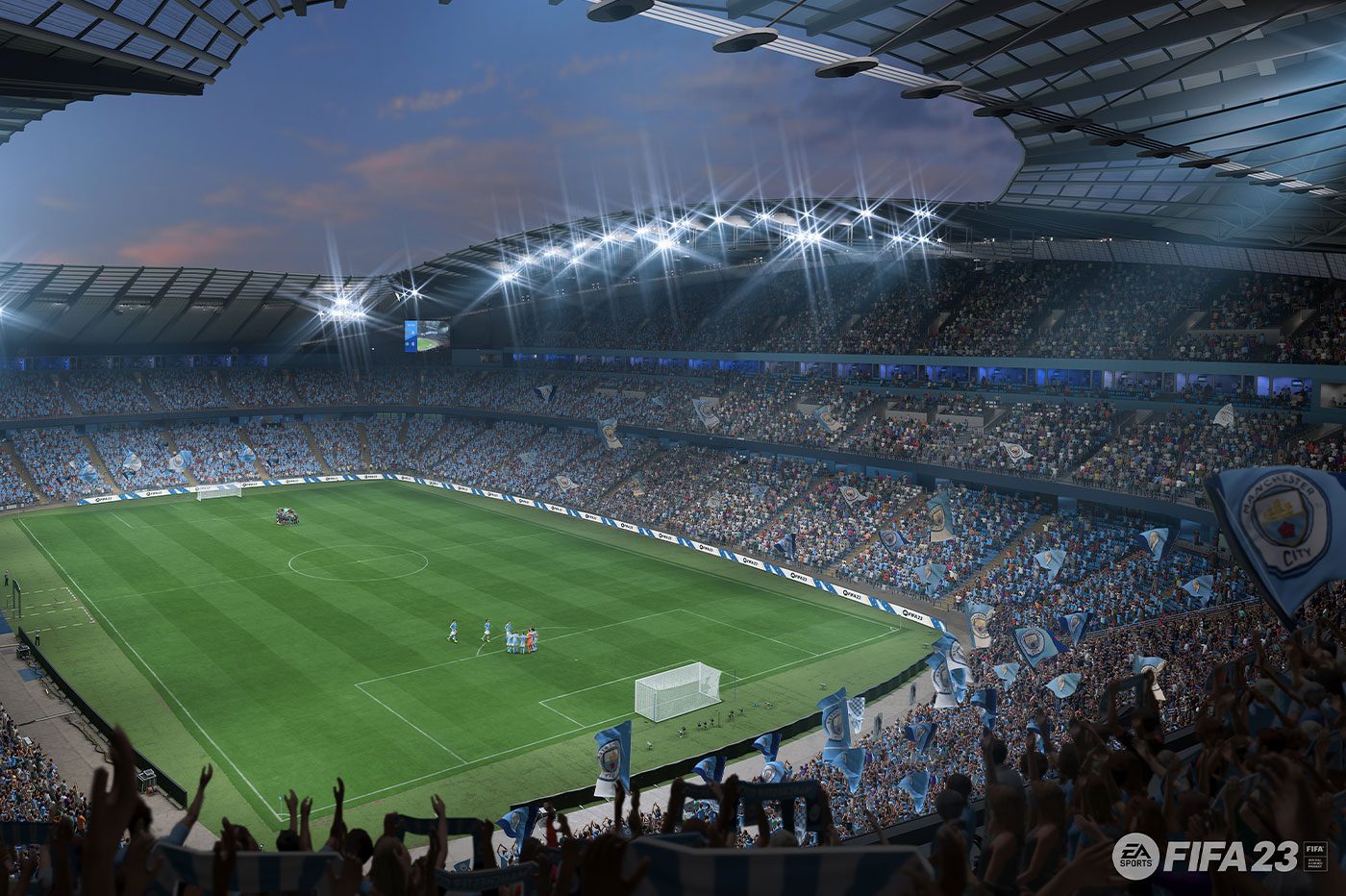 In terms of gameplay, the change remains minimal. In Volta, we go from arcade mini-games (quite numerous) to matches against human opponents or managed by the console. Customization items, unlocked in the store, can be found in Clubs Pro and Volta (except outfits exclusively reserved for Volta). In Pro Clubs, we note the appearance of new types of footballers and the implementation of a weekly training system. These help you collect experience points to assign to your avatar to level it up.

The two even richer careers

Almost perfect last season, the two careers have nevertheless benefited from improvements and are now close to excellence. On the side of the coaches, there are personalities to whom the modeling honors. Transfers are accompanied by the opinion of an analyst who gives you the financial and sporting impact of your decisions. A tension gauge is displayed during negotiations with an agent, it must be monitored so that the outcome of the transaction is favorable to you. 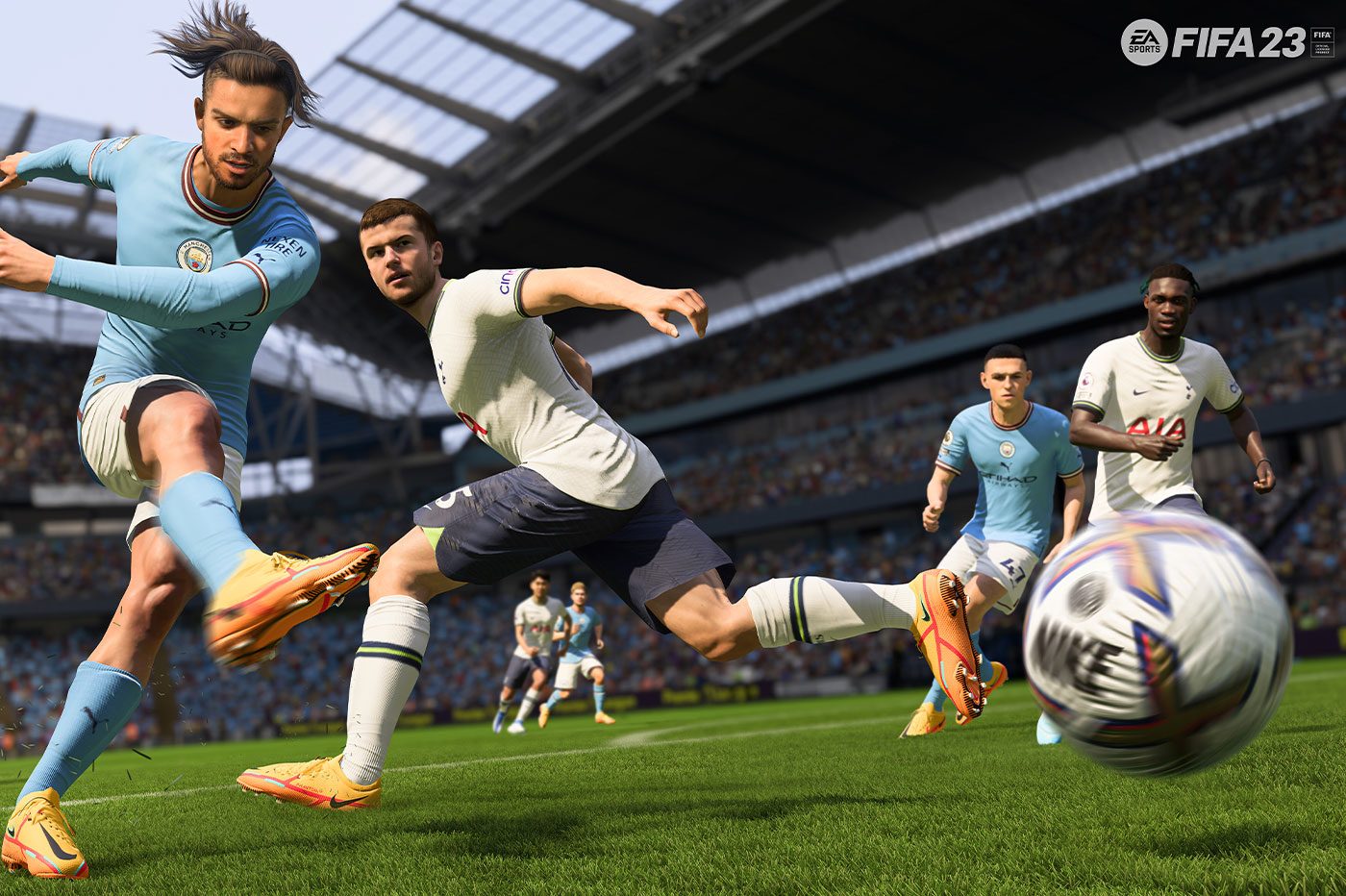 As for the career in player mode, it is even more addictive and strategic than in the past. You can choose to play only the key moments of the matches and perform many actions after leaving the pitch. You can buy a sports car, a trampoline, a VIP box and dozens of other things. The performance of the products you have invested in will earn you either money or personality points. These must be spent on some kind of skill trees to improve your defense, attack, etc. The names of this progression system turn out to be rather unintuitive: solitary, reliable and virtuoso.

Once the cleats on, we tread the lawn with the same pleasure as last season. The feelings of play seem to go in the direction of continuity. However, two important innovations change the game. The first concerns set pieces. These have been completely overhauled. An animated concentric circle system surrounds the ball, it is then necessary to press the button with the right timing and a slight push on the stick allows you to manage the angle. Corners and free kicks have jumped a few years in the past. As before, there is a camera placed behind the player with real-time indications to guarantee the goal. 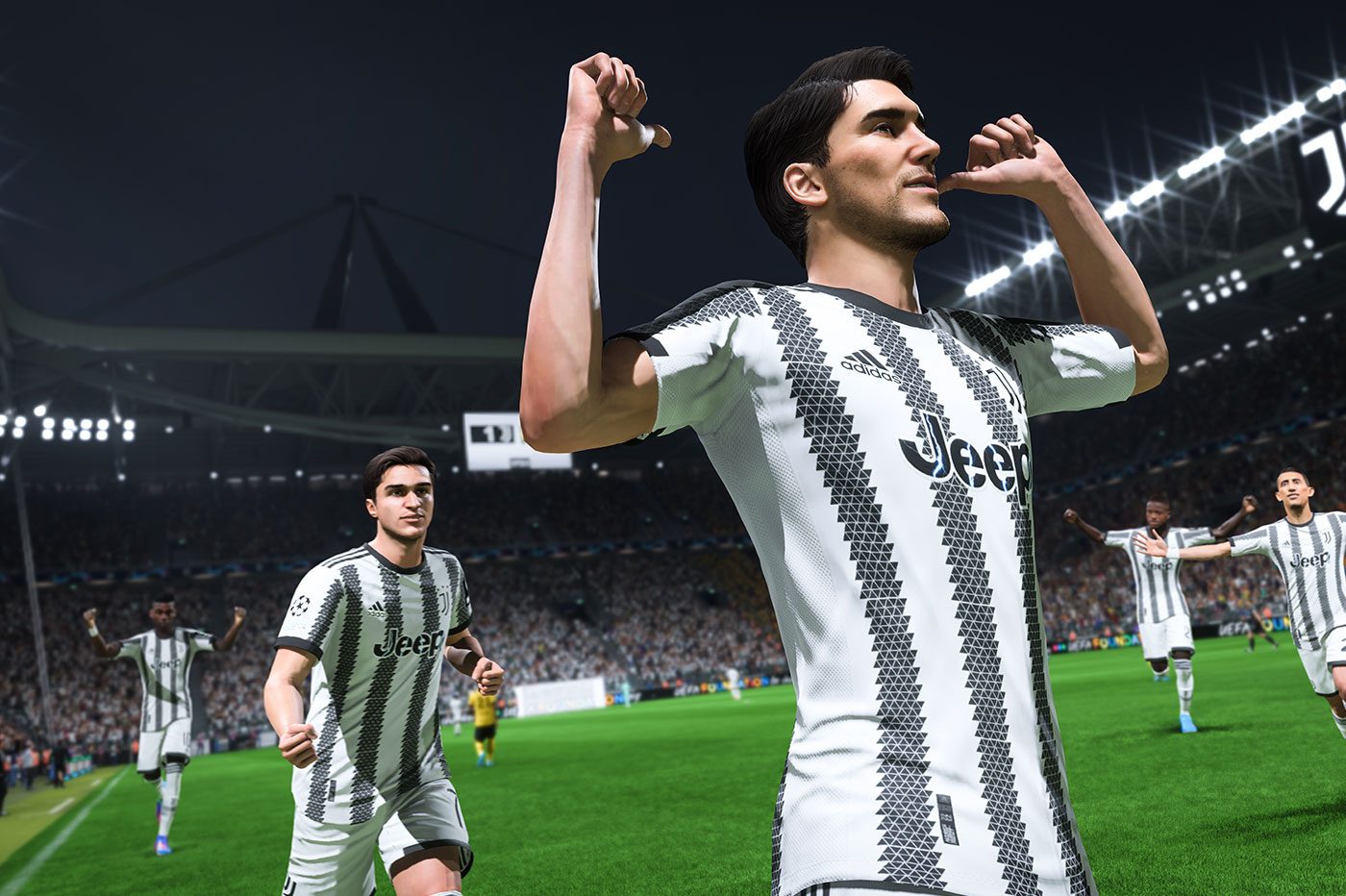 The second novelty is called powerful strike. As the name suggests, this unstoppable shot makes framing tricky. It also has a certain slowness to be armed: we must combine a pressure on the fire button accompanied by the two triggers until a zoom on the player informs us that the strike can be launched. Concretely, the gesture requires a lot of training.

Electronic Arts used version 2 of its Hypermotion engine in this version. The result is simply breathtaking. Hypermotion 2 adds dozens of new, glaringly realistic animations. It gives the ball perfect physics as well as small bonuses such as marks in the turf after a sliding tackle. The contacts have gained in roughness, the dribbling in fluidity and the celebrations in intensity. Additionally, the crowds in the stands now feature real faces. The visual gain is more than substantial. Note that contrary to what had been announced, the title is also released on older generations of consoles (PS4 and Xbox One), the Switch and the PC are also entitled to their version. 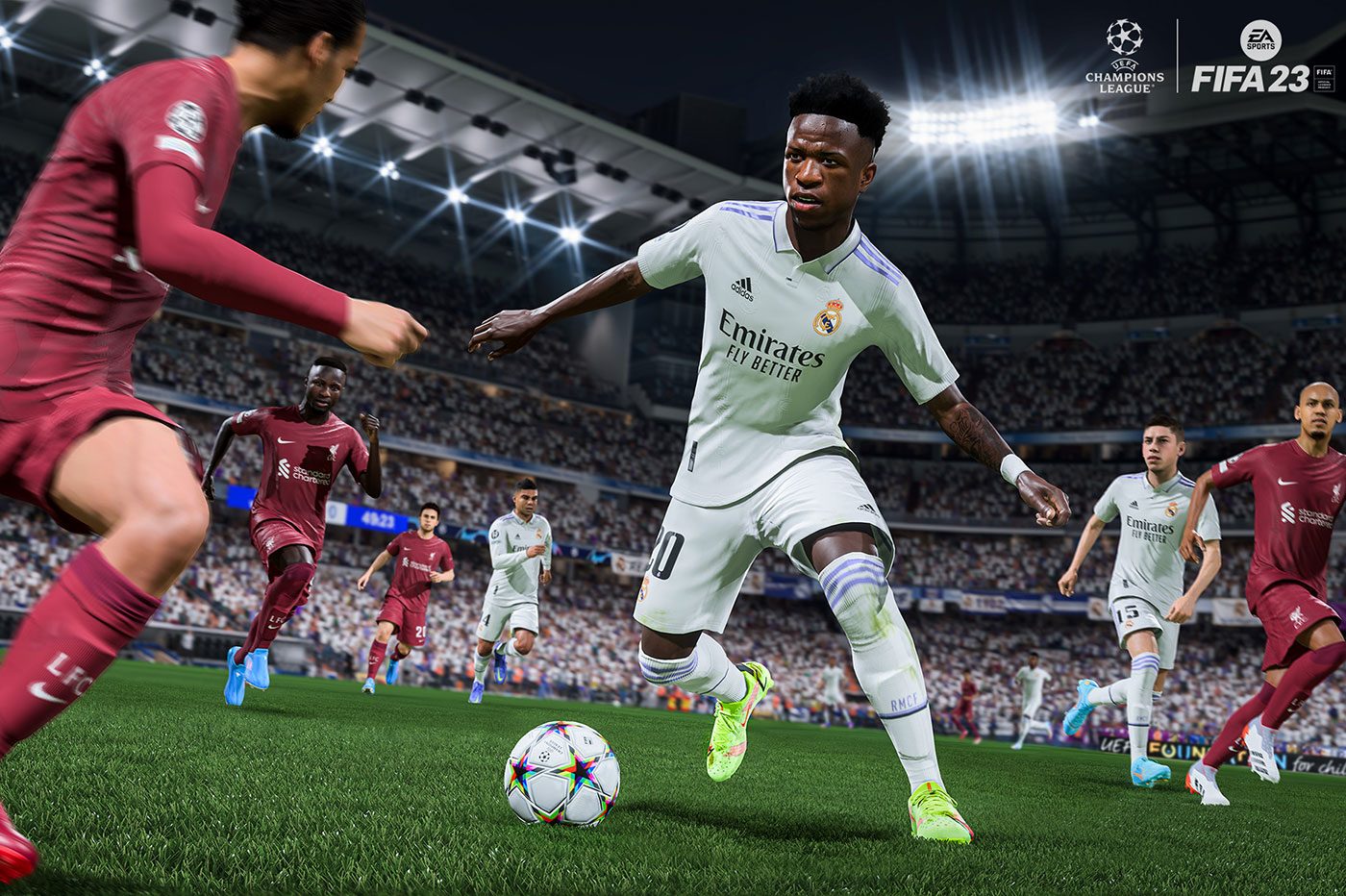 Electronic Arts has specified that the title will be cross-platform on the same generation of machines. The ears will also be at the party with a new duo of commentators: Benjamin Da Silva and Omar Da Fonseca, former Argentinian international. The two accomplices usually officiate on BeIN Sports. The “gooaaal!” launched by Da Fonseca are worth their weight in peanuts. The playlist, brought up to date, includes titles from Stromae and Phoenix, among others, which does not spoil anything.