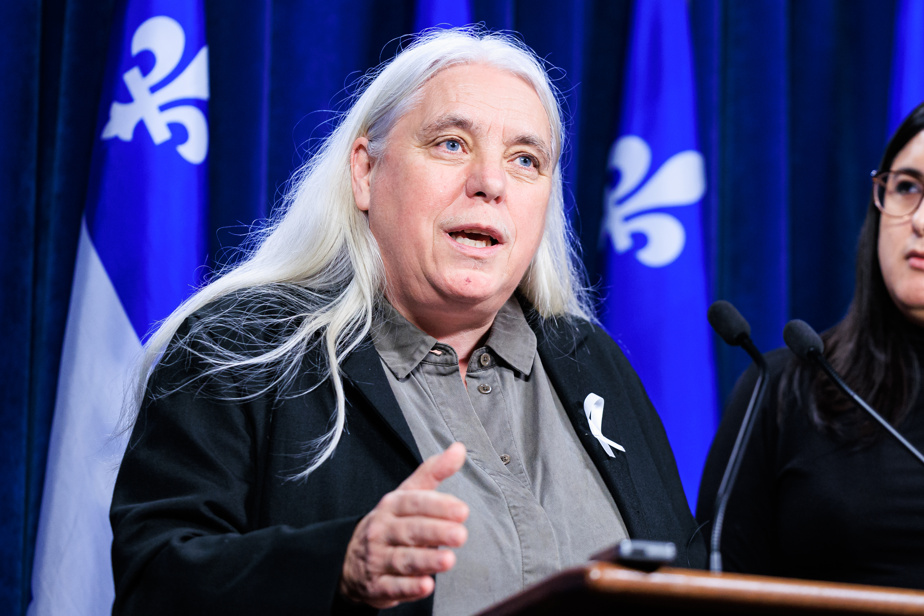 (Quebec) The mass mailing of checks of $400 to $600 is a “poorly targeted” measure, maintains the co-spokesperson for Quebec solidaire (QS), Manon Massé.

She deplores the fact that thousands of wealthy Quebecers – including several MPs – are currently receiving government assistance.

This measure misses the target, was indignant on Tuesday Mme Massé during a press briefing at the National Assembly.

“I would prefer that we put this money to ensure that homeless people have what they need to be able to sleep in a heated place […] this winter,” she said.

Several QS MPs, as well as the Liberal MP for Mont-Royal–Outremont, Michelle Setlakwe, have already announced that they would donate their checks to charities.

“As in the spring, I will donate the money to MultiCaf which helps the most vulnerable in my constituency”, tweeted Mme Setlakwe.

“Is it so complicated to take family income into account? It is frankly shocking to see the government miss the mark,” she added.

The interim leader of the Liberal Party, Marc Tanguay, welcomed the gesture made by his colleague.

Mr. Tanguay specified that there was no watchword within the liberal parliamentary wing; the elected members of his political formation will be able to spend the money as they see fit.

For Joël Arseneau, of the Parti Québécois (PQ), sending government assistance to someone who earns close to $100,000 a year, “is downright a waste of public funds”.

“We have always said that, in a period of inflation, it is the most vulnerable people, low-income families, who should be targeted with government assistance.

“The government’s gesture makes no sense when you consider that there are people who have to go to the food bank to feed themselves, to feed their families, who live on a pittance,” he lamented. .

Its leader, Paul St-Pierre Plamondon, went further by saying that to “distribute checks to […] people who absolutely don’t need it” is not “good public policy”.

“We must support community organizations and then efforts at food banks so that all families have enough to eat,” he said.

Quebec MPs receive a base salary of $95,704. Those who perform other parliamentary duties in addition to their role as Members of Parliament are entitled to an additional allowance.