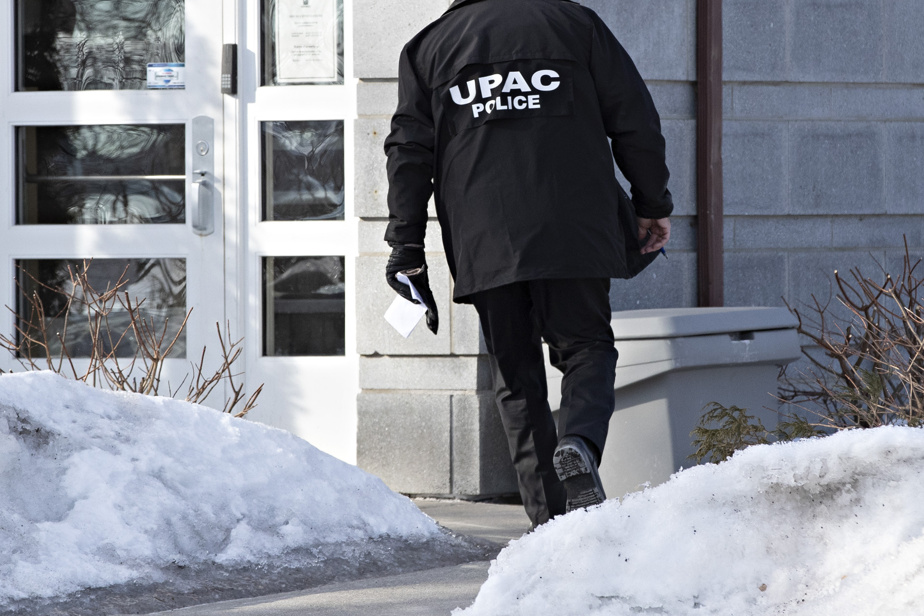 The commissioner of the Permanent Anti-Corruption Unit (UPAC) announced on Monday that he is ending the Mâchurer investigation, which since 2014 had targeted the financing of the Liberal Party of Quebec (PLQ) at the time of Jean Charest.

This announcement comes at a time when Mr. Charest is being courted by several activists and elected officials who want him to run for the leadership of the Conservative Party of Canada. Recently, The Press reported that lawyers for the former prime minister had asked a judge to expedite the release of documents he is seeking in a lawsuit for invasion of his privacy, in the wake of leaks of police documents linked to the Machurer survey.

The investigation was initiated in April 2014. It targeted party financing for the years 2001 to 2012, in particular so-called “sectoral” financing from representatives of companies in certain sectors of activity. Mr. Charest and the former great fundraiser of the PLQ, Marc Bibeau, were among the targets of the police, as demonstrated by several search warrants filed in court, as well as the leaks of certain confidential documents obtained by the Quebecor media. .

In a statement released Monday morning, UPAC said that more than 300 witnesses were met during the investigation. A legal opinion was requested from the Director of Criminal and Penal Prosecutions (DPCP) on the evidence gathered. The DPCP confirmed that it had entrusted this analysis to a review committee chaired by retired Court of Appeal judge André Rochon. The retired judge was assisted by two prosecutors from the Bureau of Serious Crime and Special Affairs, two crown prosecutors unrelated to this office “so that the guarantees of independence, impartiality and objectivity inherent in institution cannot be called into question”.

“Considering the legal opinion obtained as well as all the rigor and the resources already invested in this investigation, the commissioner considers that there is no reason to prosecute the latter and therefore puts an end to it”, specifies the UPAC in a communicated.

“In order not to harm ongoing legal proceedings and given the obligations of confidentiality applicable to the content of police investigation files, the Commissioner must refrain from any other comment”, specifies the press release.

Charest thanks his friends, colleagues and collaborators

“This investigation has weighed heavily on my personal life, on the life of my family, my colleagues in my political life and my current colleagues,” reacted Jean Charest in a press release.

“The continuation of this investigation had become senseless and was for me and my family an injustice imposed on us for almost eight years of our lives. My family and I would like to thank our collaborators, colleagues and friends who have never ceased to support us,” continued the former Prime Minister.

Liberal leader Dominique Anglade is now demanding an apology from UPAC. “For members, volunteers, employees and elected officials, it’s time to apologize,” she wrote on social media. They “repeatedly paid the price for unjustified attacks”, added his party in a press release, accusing the UPAC of having carried out a “public fishing trip”. According to our information, the Liberal Party is studying the possibility of suing the UPAC, because it considers that this leaked investigation has caused it significant damage.

On February 17, Dominique Anglade declared that the Mâchurer investigation must find its conclusion. “After nine years, I think it’s time for the investigation to end,” she said in a press scrum. She added that like “for anyone” faced with such a long delay, Jean Charest “deserves to have a conclusion to the investigation”.

For its part, the Legault government limits itself in its comments. “We take note of UPAC’s decision to put an end to the Mâchurer investigation, which was initiated under the organization’s previous administration. It is up to UPAC to explain its decision”, reacted the Deputy Prime Minister and Minister of Security, Geneviève Guilbault, in a written declaration sent to The Press. On the sidelines of a press conference in Saint-Hyacinthe, the Minister of Justice, Simon Jolin-Barrette, contented himself with saying that UPAC made its decision “in complete independence”.

In the fall of 2019 and then in early 2020, shortly after the arrival of Frédérick Gaudreau at the head of UPAC, Prime Minister François Legault said he wanted the Mâchurer investigation to end “as soon as possible”. “I can’t wait to find out what happened with that. I can’t wait for it to come to an end and I can’t wait for the police to give us their conclusion, ”he said.

In her written statement, Geneviève Guilbault maintains that the government will not comment further on the UPAC decision because of the million-dollar lawsuit that Jean Charest brought against him in 2020 for violation of his privacy.

The former Prime Minister says he suffered significant harm due to the leak of confidential UPAC documents related to the Mâchurer investigation, obtained by the Quebecor group and published from April 2017. Last fall, Mr. Charest accused the government of having given a layer of it when Geneviève Guilbault brandished the book PLQ inc., from Quebecor, in the Blue Room. “If there is a party that has given work to UPAC over the years, it is the Liberal Party,” accused Mr.me Guilbault with the book in hand, in a replica of Dominique Anglade’s training. For Mr. Charest, the government has thus “endorsed and legitimized illegal acts” since “this book is the result of several leaks from investigations carried out by UPAC”.

For Québec solidaire, “Minister Guilbault must urgently convene the opposition parties to examine the UPAC’s request to consider a change in the legislative framework in order to stop escaping all these files”.

“Even if we are very disappointed today, we must not give up,” said its deputy and justice spokesperson, Alexandre Leduc.

According to him, the announcement by Frédérick Gaudreau’s team confirms the impression that “the indefinite extension of the Mâchurer investigation ultimately only served to preserve the reputation of UPAC, already somewhat damaged by a list of furnished”.

“How can UPAC, which claimed to be collecting information two weeks ago, now put an end to the investigation? asks Parti Québécois spokesperson for ethics and public safety, Martin Ouellet. “This new failure adds to many others that only fuel cynicism. It is imperative that UPAC be accountable. We must continue the fight against corruption and improve our bodies responsible for it in order to rebuild trust. »