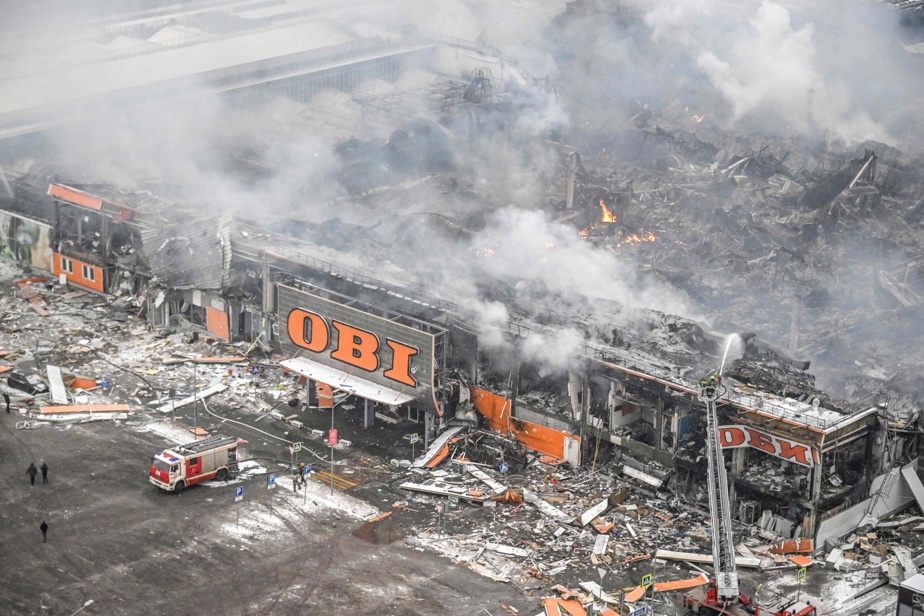 (Moscow) The Russian emergency services announced on Friday that they had brought a large fire under control which ravaged a shopping center in the suburbs of Moscow during the night, killing one person.

“The open fire has been brought under control,” the Ministry of Emergency Situations said in a statement, adding that 130 firefighters were deployed in “conditions of high temperatures and dense smoke” to finish extinguishing the fire. under the rubble.

For its part, the Russian Investigation Committee indicated that a security guard had died in the fire, confirming information from the Russian press.

The fire was started, according to the first elements of the investigation, by “welding work that did not respect the safety rules”.

Earlier, Russian media had raised the possibility of a criminal act, before this track was dismissed. “The track of a (voluntary) firing is the least likely,” a representative of the prosecution told the Russian press.

The fire occurred in the Mega Khimki shopping center in the suburb of Khimki, north of the Russian capital, seven kilometers from Sheremetyevo international airport.

“Due to the collapse of the roof, the fire spread instantly to a large area,” rescuers said on Instagram earlier on Friday, citing the difficulty of firefighters working on site.

According to the Investigation Committee, the fire affected 7000 m2while the shopping center is 17,000 m2.

Videos posted on social media showed a massive fire as people fled a burning building towards a parking lot.