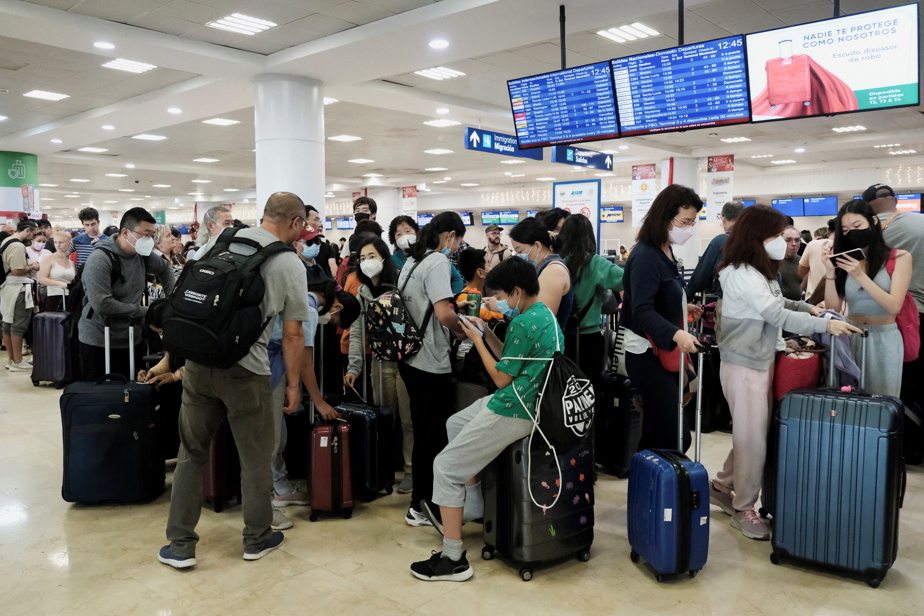 Repeated flight cancellations and difficult communications with Sunwing have frustrated hundreds of travelers across the country in the past few days, spoiling their holiday plans. Ottawa calls the situation “unacceptable” as many passengers continue to describe their nightmare on social media and in the media.

“Passengers have rights under the Air Passenger Protection Regulations […] and our government will continue to ensure that these rights are protected,” he added.

The Press asked Minister Alghabra’s office for clarification on exactly what Ottawa plans to do to “ensure that these rights are protected,” but had not received a response as of this writing.

The president and founder of the Air Passenger Rights group, Gabor Lukacs, earlier this week recommended that affected travelers seek compensation from Sunwing, and sue the company if they refuse.

Pascale Bachand, 40, left for Cancún with her partner on December 9 and was due to return on December 16. She received more than a dozen notifications that her flight was delayed and then canceled, before finally being able to return on December 18 . In the meantime, she had to change hotels and take a room at her own expense, wait hours in the lobby, and made useless round trips between the hotel and the airport.

Does she plan to travel with Sunwing again? “No, of course not,” she answers tit for tat.

It’s frustrating because nobody communicates anything to you.

Sunwing indicated on its website Thursday that compensation claims for departures taking place on or after December 18 “cannot be made[e]s for now due to operational difficulties”.

In a statement sent to The Press On Thursday, Sunwing President Len Corrado said the company is facing “unprecedented operational difficulties that have resulted in continued delays to a number of flights.”

He said his teams are working “tirelessly” to bring back travelers stranded abroad, saying they have “planned 40 recovery flights this week, 18 of which have already been carried out on December 28”.

“For our customers who are awaiting an update to their flight schedule, we will communicate full details regarding rescheduled flights through flight alert notifications as well as through destination representatives when we are able. to confirm timings,” he said.

Sunwing notifications and representatives, however, are the main source of frustration for many travelers stranded abroad, especially in Cancún, Mexico.

Many travelers like Mme Bachand described learning that their flight was repeatedly delayed before being canceled, forcing them to stay on the alert for days, to go to the airport for nothing, to change hotels sometimes at their expense , and chain sleepless nights while waiting for news of their flight.

They also complained about the Sunwing representatives on site, who were rarely helpful and often seemed lacking in information, travelers said.

Their stories have made headlines in daily newspapers across the country in the past few days. Publications in Facebook groups dedicated to mobilizing unhappy tourists were added to the lot on Thursday.

The Press sent a series of questions to Sunwing, including the nature of the operational difficulties, the number of travelers affected, and the company’s compensation policy, but had not heard back at the time of this writing.

The federal Air Passenger Protection Regulations require airlines to pay up to $1,000 in compensation for cancellations or long delays that arise from reasons within the carrier’s control, when notice arrives 14 days or less before departure.