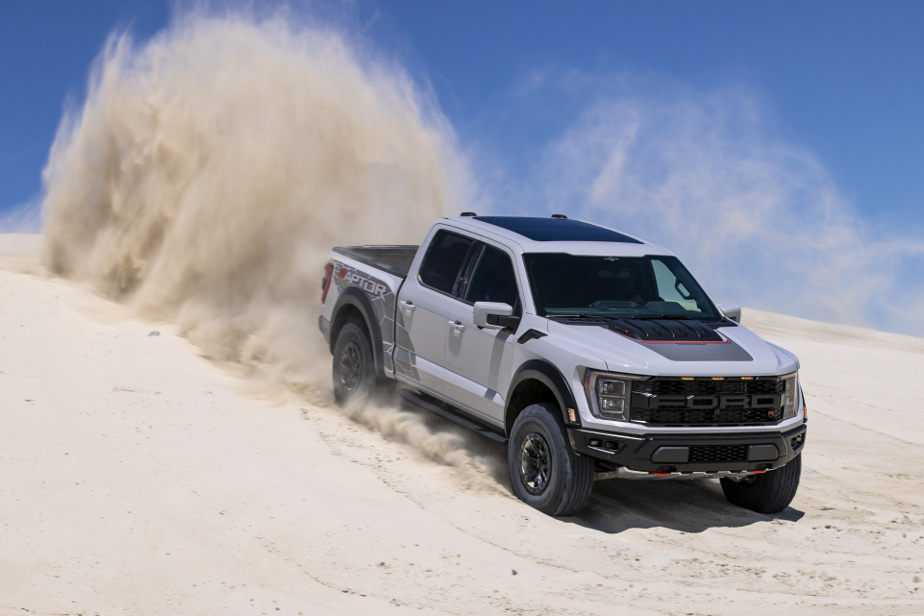 Does anyone really need a 700 hp pickup truck to accomplish their daily activities? Probably not, but it’s still the bet that Ford took to make the off-road version of its F-150, the iconic Raptor, even more competitive against the Ram 1500 TRX.

Announced several months ago and captured a few times by videographers when Ford was doing its development, this Raptor R inaugurates the return of the V8 under its hood 13 years after its launch. He is also the one who launched this sub-segment of full-size pick-up trucks.

To arrive at such a figure of power, Ford offered him neither more nor less than the eight-cylinder Predator of the Mustang Shelby GT500. It’s a 5.2L V8 topped with a supercharger with a different pulley to boost low-end torque for better off-road performance. The maximum power thus produced is at 700 hp (2 hp less than the TRX) and 640 lb-ft (10 lb-ft less than the TRX). A 10-speed automatic transmission is responsible for controlling its enthusiasm. Nowhere does Ford advance the fuel consumption of this mastodon, which should be decadent in a very unfavorable context, it goes without saying.

Never mind, the Raptor R has what it takes to perform well on inhospitable paths with adjustable Fox shocks and multi-link rear suspension, whereas the stock F-150s still have blades stacked on the back. The ground clearance is 32 cm and tires worthy of Monster Trucks 37″ diameter are standard features.

The first copies will be assembled towards the end of the year at a price that should logically exceed $100,000. Yes, it is excessive.