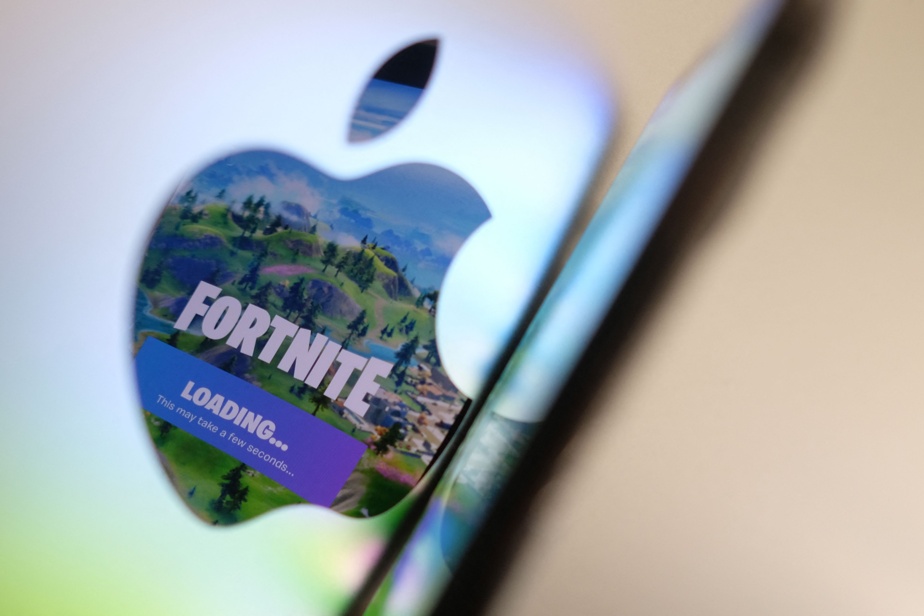 (San Francisco) iPhone users and fans of the game phenomenon Fortnite will once again be able to play it on their smartphone, via Microsoft’s remote video game service, Xbox Cloud Gaming.

This game, which has become an ultra-popular universe, has not been available on Apple brand devices since August 2020, when Apple entered into a legal dispute with Epic Games, the parent company of Fortnite.

But fans can now find the shooting and survival game directly on a mobile internet browser, without downloading it from the App Store.

In the 26 countries where it is possible to play via the cloud, “you just need a Microsoft account”, explains a press release from the IT group, and a smartphone or tablet running iOS (Apple) or Android (Google), or a computer with Windows (Microsoft’s operating system).

It’s the first “free” game (but with paid options) that Microsoft is adding to its Xbox Cloud Gaming platform, but more are expected to follow.

“Huge news! exclaimed Tim Sweeney, the boss of Epic Games, on Twitter. ” Fortnite is now available to stream FREE to browsers on iPhone, iPad and Android via Xbox Cloud. No subscription required, no 30% Apple tax”.

Apple had withdrawn Fortnite of the App Store when Epic sought to circumvent its rules and its payment system, which allows it to take 30% of the revenue generated by the game on sales of bonuses, costumes and other virtual objects.

The video game publisher then filed a complaint against the Californian group for abuse of a dominant position, accusing it of exercising a monopoly on the purchase of goods and services in its online store.

In November 2021, a US federal judge ordered Apple to allow an alternative payment system within the App Store, but also ruled that Epic had failed to prove that Apple had violated copyright law. competetion.

The electronics giant is also battling on this subject with several European regulators. He believes that the App Store is the best possible guarantee in terms of payment security and data privacy.

More than a billion people worldwide use an iPhone, according to Backlinko.

Fortnite is one of the most popular video games in the world with nearly 200 million claimed players.