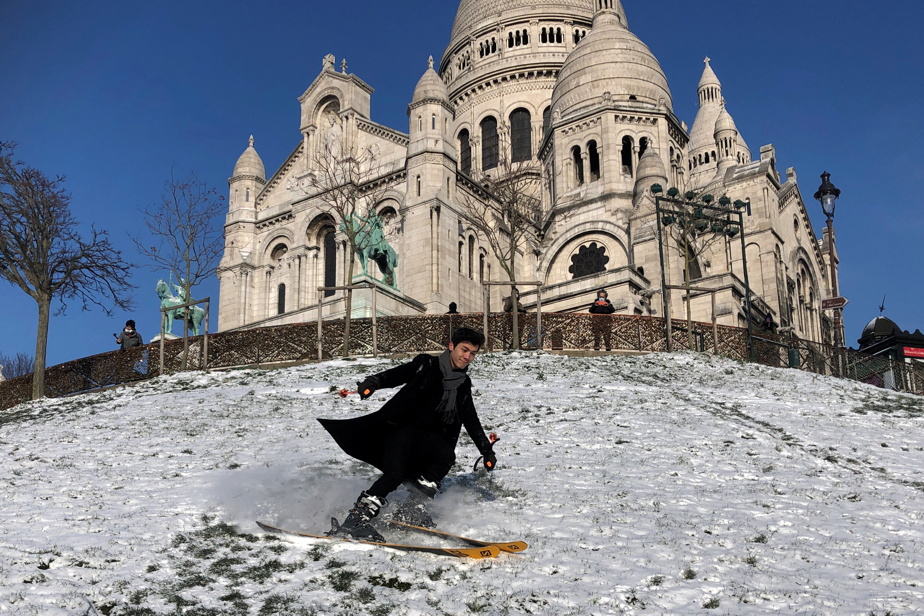 (Rennes) Twenty-five departments were now on orange vigilance in the snow and ice on Wednesday against 33 earlier, while this climatic episode caused the suspension of many school transport in the northern half of France and disruptions in transport aerial in Paris.

The number of departments in orange vigilance must also increase from 25 Wednesday to 19 Thursday according to the latest report from Météo-France and focus on Ile-de-France and the east of the country, with no more Breton or Norman departments concerned. .

“Precipitation in the form of snow or freezing rain continues between the Paris basin and the north-east of the country, it is stronger towards Lorraine and Alsace while it is more dispersed around Paris”, indicate the forecasters.

“Traffic on the Orléans Paris Austerlitz axis in both directions is completely interrupted throughout the day. No train will be able to travel on this axis before at least tomorrow, ”indicates the Centre-Val de Loire train network on Twitter.

In the same region, there were many disruptions on the road with no school bus circulating in Eure-et-Loir, Loiret, northern Cher, northern Indre-et-Loire or even northern Loir-et-Cher, according to the Rémi regional network.

Orders suspending school transport had also been issued in three of the four Breton departments (Morbihan, Côtes-d’Armor, Ille-et-Vilaine) and in Normandy, Alsace and Lorraine, as well as in several departments of Ile- of France (Seine-et-Marne, Yvelines, Essonne).

No serious accident had been reported by the authorities contacted by AFP at the start of the morning in Brittany, in Normandy, where cities were covered in snow like Caen, or in the Paris region.

“The risk of slippery phenomena is high in all departments in orange (vigilance), with uncertainty about the exact nature of the precipitation”, warns Météo-France.

Anticipating these difficulties, the prefecture of Ile-de-France had asked Tuesday evening the some 12 million inhabitants of the region to limit their movements and to favor teleworking.

National road 118 connecting Les Ulis (Essonne) to the south-west of Paris, with marked slopes and many turns, was also completely closed to traffic from 10 p.m. Tuesday by the prefect. In February 2018, nearly 2,000 people were snowed in there overnight.

Air traffic was disrupted on Wednesday departing from and arriving at the Paris airports of Orly and Roissy-Charles De Gaulle.

The airline Air France indicated that it was canceling 25% of its short and medium-haul flights on Wednesday departing from and arriving at Paris airports, to respond to requests from the Directorate General of Civil Aviation (DGAC).

The latter, in order to help Orly and Roissy-Charles-de-Gaulle to overcome the operational difficulties caused by the snowfall, had asked all the companies to reduce their flight programs by 25 and 20% respectively on these platforms.

Air France, on the other hand, planned to ensure “all of its long-haul flights” while not excluding “last minute delays and cancellations”.

The Directorate General of Civil Aviation (DGAC) on its Twitter account indicated that the situation was less difficult than feared.

“The snow and ice episode is present. The meteorological situation observed is ultimately more favorable than expected. The reduction in flight schedules requested for this day has, however, made it possible to limit delays at Paris airports.

In Paris, the municipality told AFP that its services, “to anticipate and better manage this snowy episode”, had on Tuesday afternoon “triggered salting operations throughout Paris to treat a network of 600 km of priority lanes: lanes used by buses, cycle paths, sloping lanes, major lanes, expressways (ring road and its ramps, Quai de Bercy)”.