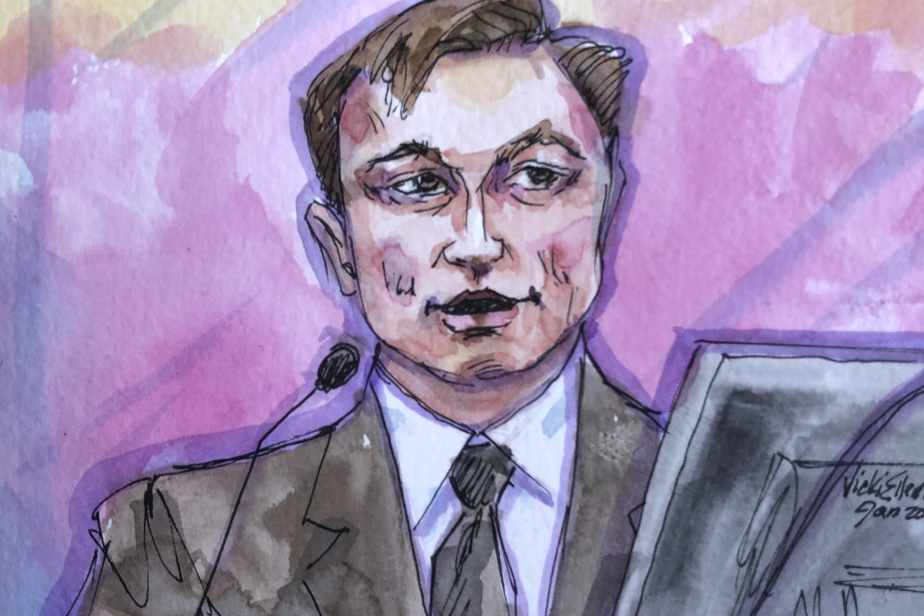 (San Francisco) Elon Musk tried to show in court on Monday that his famous tweets from 2018, about his desire to take Tesla out of the stock market, were not misleading or fraudulent, contrary to accusations by investors who say they lost millions of dollars because of the billionaire.

The boss of Tesla – and of Twitter, since the end of October – assured that he had “never” sought to deceive investors, and that the accusation of fraud was “scandalous”.

He had created amazement on August 7, 2018 by saying that he wanted to withdraw his automotive group from the stock market at a price of 420 dollars per share, then by assuring that the financing was “secure”.

“I wasn’t saying it was done, I was just saying I was considering it, thinking about it. And that in my opinion the funding was secure, ”said Elon Musk at the bar in the San Francisco court where the trial is taking place.

Last week, the plaintiffs’ lead attorney, Nicholas Porritt, accused the executive of “lying” and being responsible for the investors’ losses.

The stock jumped on the heels of the highly unusual tweets (and NASDAQ temporarily suspended Tesla stock price), before declining in the following days. News articles eventually revealed that the boss didn’t really have the funds.

Through his questions, Nicholas Porritt sought to show that Elon Musk had not carried out the appropriate consultations, and did not have either the necessary elements or the authority to make such a sensational announcement, especially on Twitter, and especially while the markets were open.

The lawyer highlighted acerbic exchanges on August 12, 2018 between the billionaire and Yasir Al-Rumayyan, the director of the Saudi sovereign wealth fund, who had committed “categorically” and “without hesitation” to finance the operation, according to Elon Musk.

“The funding wasn’t really secure, was it? asked Ms. Porritt.

He assured that he had the possibility of selling his shares of his other flagship, SpaceX, “the most valued unlisted company in the United States”.

“It would have broken my heart (to sell them), but I would have done so if needed,” he said, referring to how he had to part with shares of Tesla to buy Twitter last year. .

Dark suit, white shirt and tie, he appeared hesitant, not remembering many emails and details, and often answering questions to repeat at will the messages he wanted to convey to the jury.

To the point of losing the patience of the investors’ lawyer. “We spent a whole day together in Austin, remember Mr. Tweet? ! “Launched Nicholas Porritt, before correcting for” Mr. Musk “.

The prosecution also returned to the price offered by Elon Musk, 420 dollars per share. In the United States, the numbers 4 and 20 together are associated with cannabis use. When the billionaire offered to buy Twitter last spring, he chose a price of $54.20 per share.

“Did you round up to 420 as a prank on your girlfriend?” asked Nicholas Porritt.

“It was not a joke, it represented a premium of 20% above the price of the action”, replied Elon Musk, acknowledging however that there is “a certain karma around 420”.

“Not sure if it’s good or bad karma at this point,” he joked again.

His lawyer Alex Spiro then helped him paint a portrait of an immigrant who came from nothing to the United States – “where great things are possible” – after an “unhappy” childhood in South Africa, according to the billionaire words.

“I’ve been called crazy many times,” Elon Musk said after listing the companies he co-founded.

But “at this point I believe I’ve raised more money than anyone else in history,” he boasted, attributing his success to his “honesty” with investors.

The trial is expected to last three weeks. In a previous decision related to this case, a judge ruled that the famous 2018 tweet could be considered “false and misleading”.

The American stock market policeman, the SEC, had for its part forced Elon Musk to cede the chairmanship of the board of directors, to pay a fine and to have his tweets directly related to Tesla’s activity pre-approved by a lawyer.