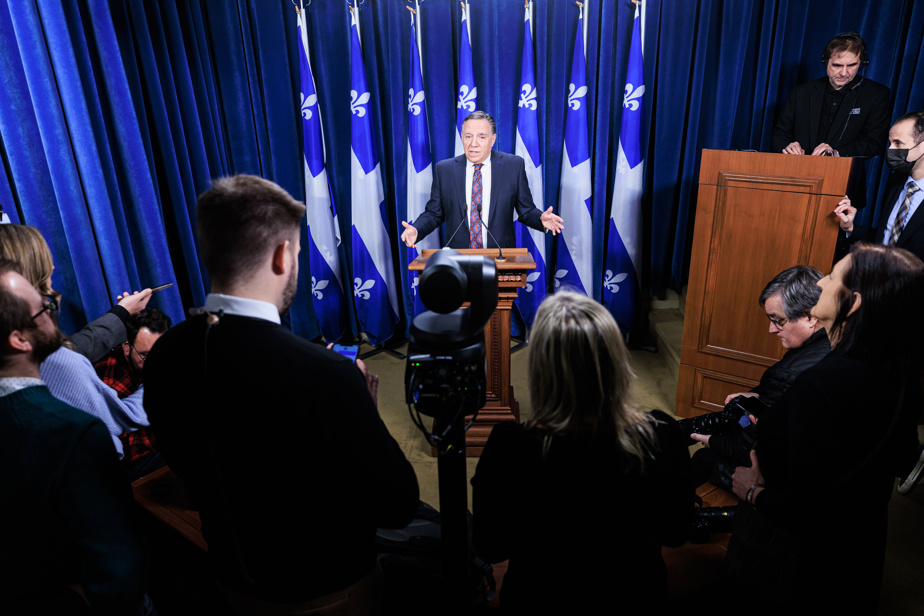 Mr. Legault deplores the fact that 28 federally chartered companies refuse to register with the Office québécois de la langue française, as provided for in the reform of Bill 101 adopted by his government. “I will ask Mr. Trudeau to send a clear message. I do not see why a company like Air Canada would not have the same requirements as a company like Bombardier because there is one that is federally chartered, ”he said in a press briefing on Wednesday.

He also wants to address the subject of Roxham Road, where 36,000 have entered the country since the start of 2022, he lamented. “There is a francization challenge, but there is also a challenge to provide service to these people. So, we would like the federal government to take charge, let’s say, I would say, 78%, which is the weight of the rest of Canada, ”he said.

He asks that a portion of asylum seekers be moved elsewhere in the country. “A part should be transferred to the other provinces while we find a solution. Because currently it takes more than two years to study the files. We don’t understand why it doesn’t take more than two or three months,” he said.

It also intends to continue hammering out its joint demand, with the other Canadian provinces, for Ottawa to significantly increase its health transfers, unconditionally. “Health needs are increasing by 5%, 6% per year due to the impacts of the aging of the population. The provinces assume 78% of health expenditures. However, they receive only about 60% of the income from taxes and duties. So, we see it every year, the problem is getting worse, ”lamented Mr. Legault.

He also criticized the exit of Mr. Trudeau, who claimed that Quebec could welcome 112,000 immigrants a year if they spoke French. “Let it start by settling, among other things, federal charter companies, let it start by settling Roxham, let it start by helping us to ensure that in the 50,000 we receive each year, there are be as close as possible to 100% who speak French. Afterwards, we can talk about an increase, ”replied Mr. Legault.