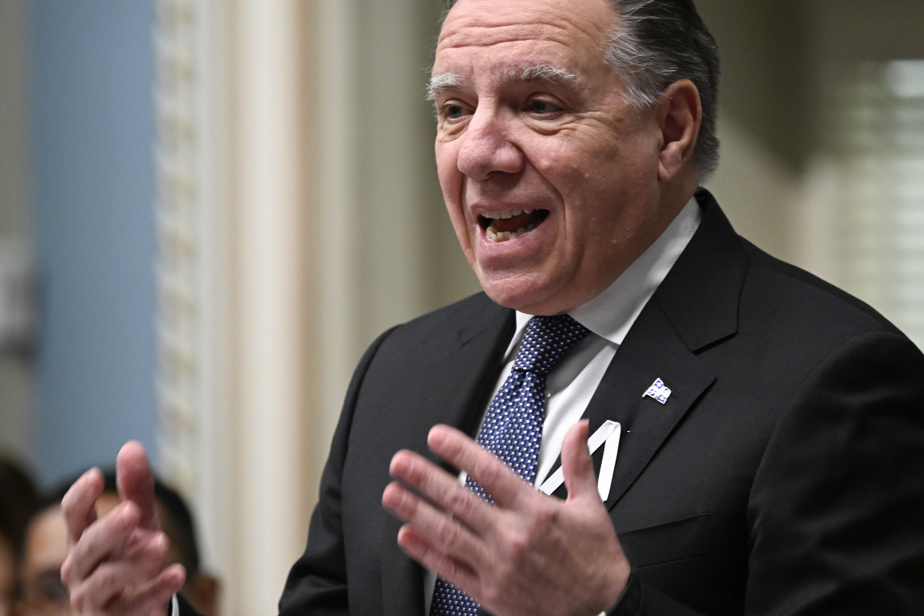 (Quebec) Prime Minister François Legault has given up on the appointment of Benoît Dubreuil as the very first commissioner for the French language, a candidacy opposed by Québec solidaire.

The Liberal Party of Quebec did not want to take a clear position on the subject in the morning during a press briefing on Friday. In government, it is argued that earlier this week the Liberals had privately agreed to make the appointment, but suddenly backed down.

For its part, the Parti Québécois supports the candidacy of Mr. Dubreuil. But since the PQ MPs are absent from the Blue Room for the moment, they cannot vote.

In this context, the government’s plan was compromised. François Legault therefore decided not to go ahead on Friday, the last day of the short parliamentary session. He could return to the charge in February with the candidacy of Mr. Dubreuil, given the support of the PQ. The question is not settled, we say to the government.

As The Press revealed it, François Legault intended to propose on Friday the candidacy of the philosopher and senior federal official Benoît Dubreuil, co-author of the essay The Imaginary Remedy: Why Immigration Won’t Save Quebec. It was pointed out that his appointment as commissioner for the French language would not be unanimous in the National Assembly.

Under Bill 96 passed last spring, two-thirds of the House must approve the appointment of the French Language Commissioner – as is the case for other important officers such as the Auditor General. Even though the Coalition avenir Québec (CAQ) already has more than 66% of the members of the National Assembly, the government is trying to obtain the unanimous support of the opposition or a broad consensus in the worst case, as the tradition.

During a press scrum on Friday morning, the parliamentary leader of Québec solidaire, Gabriel Nadeau-Dubois, replied that his party would vote against the candidacy of Benoît Dubreuil if Mr. Legault goes ahead.

“It’s an important position, commissioner of the French language. It has to be a consensual person, it has to be a unifying person who, on issues as sensitive as language, immigration and the links between the two, crosses partisan lines. It is our wish. We, we judge that the candidacy of Mr. Dubreuil, and it is nothing against the person, does not meet these criteria, this is what we expressed to the government in the last minutes, ”he said. -he explains.

He referred to the positions expressed by Mr. Dubreuil in his essay published in 2011 and of which The Press published excerpts.

“This candidacy has, in the past, expressed positions that do not join us,” he said. And it’s a sensitive issue, it’s a sensitive issue. Language is too important for the Quebec nation for appointments like that to be the scene of partisan rifts, so I won’t do that this morning. Then we hope that the government will submit a more unifying and more consensual candidacy than that. »

For its part, the PLQ remained vague about its position. “This is a caucus discussion, and you will be informed of our decision in due course,” replied House Leader Monsef Derraji. He said both that the Liberal caucus “will vote according to (their) values ​​and (their) beliefs” and that he is “happy, regardless of the nomination”.

This situation also worries Québec solidaire, which is asking the government to have the support of at least one parliamentary group to make an appointment to two-thirds of the House. Gabriel Nadeau-Dubois hopes that François Legault “has no intention of using his supermajority to make controversial appointments”. The two-thirds rule “is not just a mathematical rule,” he argued.

“There is a spirit of this rule there. […] We want to have an ideally cross-partisan consensus on appointments that are decisive for the Quebec state. Take the example of the Chief Electoral Officer of Quebec, take the example of the management of the UPAC, of ​​the Sûreté du Québec. For the next four years, we have a government that has a supermajority and that could therefore fulfill the two-thirds mathematical rule on its own and then tax people on those appointments. We appeal to the sense of the state, to the sense of responsibility, to the sense of democracy of François Legault and Simon Jolin-Barrette to take this situation into consideration and not to use their supermajority to impose on the opposition appointments that are not desired by them. »

For his part, the leader of the Parti Québécois Paul St-Pierre Plamondon argued that Benoît Dubreuil is “a good candidate”. “We think it’s someone who is perfectly qualified and who will fulfill the objectives of the mission,” he added.

Mr. Bérubé expressed the same concerns as the other parties about the upcoming appointments to the National Assembly. “The two-thirds rule no longer holds, the CAQ has 72% of the seats. So she could decide to bring in whoever she wants, including partisan appointments to positions that are independent,” he said. He calls for the adoption of a rule so that an appointment receives “the widest possible consent of the parliamentary groups”.

As expected, François Legault proposed to the National Assembly the appointment of Jean-François Blanchet as the new Chief Electoral Officer of Quebec, a candidacy that was unanimously supported in the Blue Room. Mr. Blanchet, who was hitherto the deputy of the current DGEQ Pierre Reid, will take office in January.

With Fanny Lévesque and Hugo Pilon-Larose, The Press