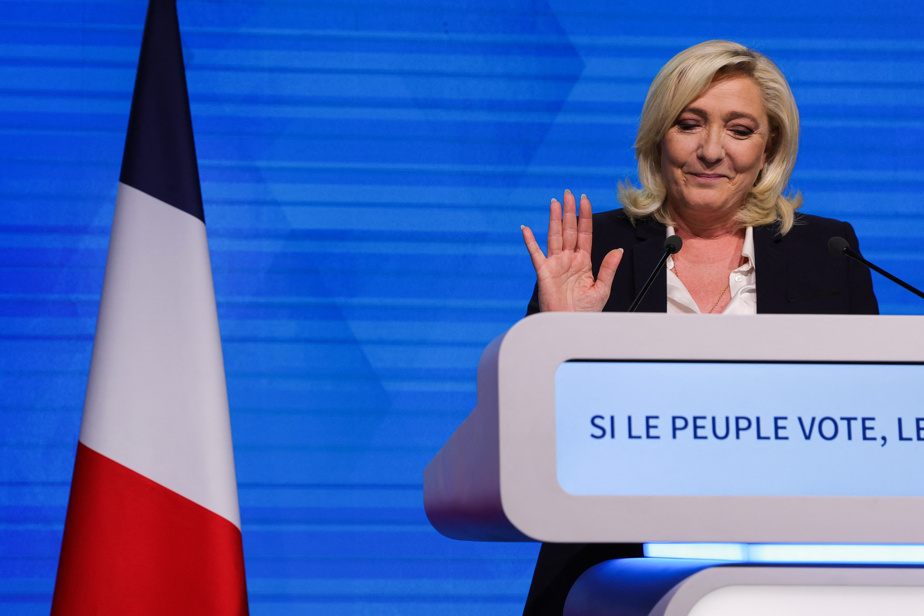 (Paris) The polls were not wrong. As expected, Emmanuel Macron and Marine Le Pen won the first round of the presidential election in France.

According to estimates at 9:03 p.m. (local time), the outgoing president won 28.4% of the vote, while the boss of the National Rally crowned her rise in recent weeks with 23.4%.

In front of her supporters, Marine Le Pen called for a “great alternation which (la) France needs” after her qualification for the second round, inviting “all those who did not vote” for Emmanuel Macron to “join” her. “What will be played on April 24 will be a choice of society and civilization”, launched Mme The pen.


The hope of the left, Jean-Luc Mélenchon improved his score from 2017 but failed to qualify for the second round, with 21.1% of the votes. The candidate of La France insoumise repeated three times to his voters not to “give a single vote to Mr.me The pen “.

Former journalist-turned-politician Éric Zemmour finished in 4and position with 7% of the vote, while the candidate of the Les Républicains party, Valérie Pécresse, concluded her disappointing campaign with 4.7% of the vote.

Zemmour called on her voters on Sunday evening to vote for her far-right rival in the second round. “I have many disagreements with Marine Le Pen. But there is a man facing her who has brought in two million immigrants, who has never mentioned the theme of identity, I will not be the wrong opponent, ”said the far-right candidate. .

The environmentalist, communist and socialist candidates have called for Emmanuel Macron to vote in the second round, to block Marine Le Pen, the right-wing candidate indicating that she would do so even on a personal basis.

Marked by a significant abstention of more than 26%, this first round confirms the rise of the far right in France, with more than 30% of the votes (Marine Le Pen, Éric Zemmour, Nicolas Dupont-Aignan).

The left thus finds itself ejected from the second round for the second time in a row after 2017, which had never happened under the Fifth Republic (since 1958).

A key moment of the two weeks of the new campaign which begins will be April 20 during the traditional televised debate between the two rounds.

In 2017, the phenomenon Emmanuel Macron dynamiting the left and the right from the center, had clearly dominated Marine Le Pen.

In 2022, the daughter of the former and sulphurous tribune Jean-Marie Le Pen, who had been the first to lead the far right in the second round in 2002, seems much better prepared.

She led a field campaign, focused on purchasing power, the main concern of voters, while Emmanuel Macron, monopolized by the war in Ukraine and perhaps too confident by the polls, was little involved. in this first round.

The electoral campaign was unprecedented, as it was completely disrupted by the COVID-19 pandemic and by the war.