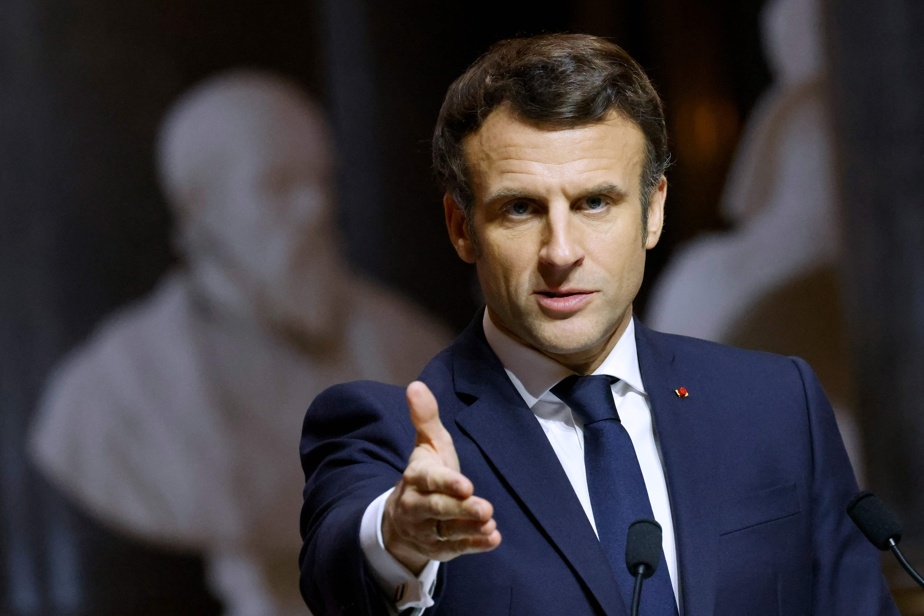 (Paris) Emmanuel Macron is still well ahead of the voting intentions in the first round of the presidential election at 31%, far ahead of Marine Le Pen (18%) and a trio of Zemmour (13%), Mélenchon (11.5%) and Pécresse (11%), according to a “rolling” Ifop-Fiducial poll for Paris Match, LCI and Sud Radio published on Monday.

The Head of State, who is due to present his program on Thursday, would obtain 31% of the vote on 1er round, up one point over a week. He is followed by the RN candidate, stable, but who is 13 points behind the outgoing president.

In the second round, Emmanuel Macron would win by 58% of the vote against Mme The pen.

Behind the Macron-Le Pen duo, three candidates are in a pocket handkerchief. Éric Zemmour gains half a point, Jean-Luc Mélenchon remains stable but Valérie Pécresse loses two points in one week in this survey.

If one of the three managed to climb to the second round and face Emmanuel Macron, he would largely win in all cases, by 63/37 in the event of a duel with Valérie Pécresse, 66/34 against Éric Zemmour and 65/35 against Jean-Luc Mélenchon.

Looking ahead to the first round, Yannick Jadot is still in sixth position in terms of voting intentions (5%) but is closely followed by Fabien Roussel (4.5%). Anne Hidalgo is on par with Jean Lassalle with both 2%, ahead of Philippe Poutou (1%) and Nicolas Dupont-Aignan (1%). Trotskyist Nathalie Artaud brings up the rear with 0% voting intentions.

A “rolling” survey is a survey “continuously carried out on the principle of a rolling accumulation of waves of daily surveys”, recalls the Ifop institute. Today’s survey wave is combined with the waves of the previous two days.

Survey carried out from March 10 to 14 with a sample of 1,507 people representative of the population residing in metropolitan France aged 18 and over, according to the quota method. Margin of error, depending on the target score, from 1.4 to 3.1 points.

Voting intentions do not constitute a forecast of the outcome of the vote. They give an indication of the balance of power and dynamics on the day of the survey.