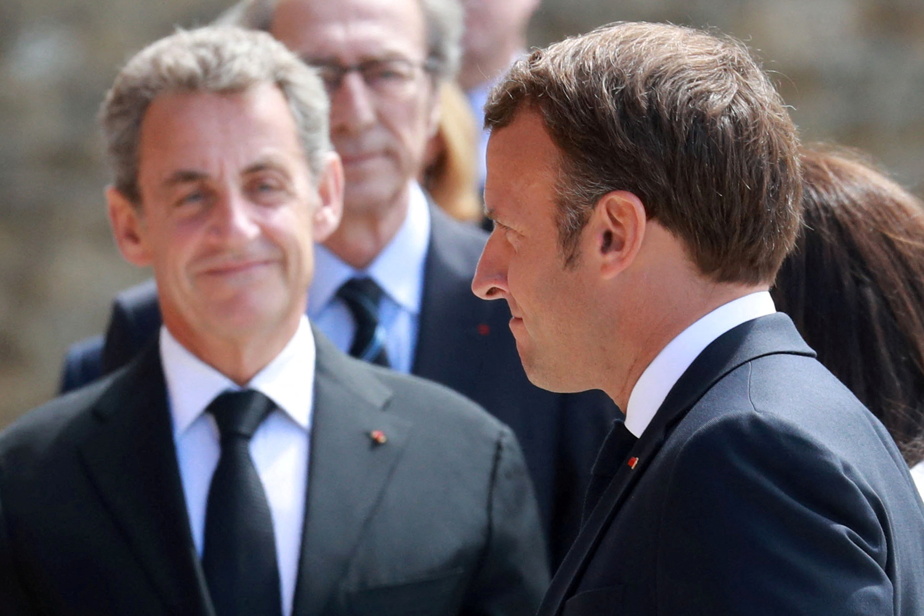 (Paris) Nicolas Sarkozy finally came out of his silence on Tuesday, to unsurprisingly support Emmanuel Macron in the second round of the presidential election, calling for a rally around the candidate president who could accelerate the recomposition of the right.

“I will vote for Emmanuel Macron”, says on Facebook the former head of state (2007-2012), who did not support the LR candidate Valérie Pécresse in the first round, to the chagrin of the party he had created. .

Emmanuel Macron shortly after thanked him “for his trust and his support” by stressing that “we must gather very widely”.

To justify his decision, Nicolas Sarkozy went further than calling for a barrage on the far right by invoking substantive reasons, such as “fidelity to the values ​​of the Republican right” and “the valorization of work” by the outgoing President, as well as his “clear and unambiguous” European commitment.

This loyalty to right-wing values ​​and “to our culture of government” must, according to him, “lead us to respond to the call for Emmanuel Macron’s rally in view of the presidential election”.

A clear allusion to the “political overrun” mentioned in early April by Emmanuel Macron.

“I was surprised that he only did it in the second round. I thought he would do it from the first”, commented during a press conference Marine Le Pen, affecting the irony: “I wonder if I will end up making posters, because nothing that Nicolas Sarkozy and Luxembourg (who) are calling to beat Marine Le Pen, that can unlock votes for me”.

Several media had mentioned in recent weeks the desire of Nicolas Sarkozy to negotiate a coalition with Emmanuel Macron, passing through a certain number of deputies, even a post of prime minister, even if the calamitous score (4.78%) of LR in the first round of the presidential election considerably weakens the bargaining power of the right.

Although expected, this position in the form of disavowal is a stone in the pond of the Republicans, who hammered Monday to be “fungible neither in macronism, nor in lepenism”.

“We will not rebuild the right by diluting ourselves in macronism,” said the boss of senators LR Bruno Retailleau on Twitter.

“The opposition cannot be reduced to a confrontation between the presidential majority and the extreme parties”, reacted the president of the Senate Gérard Larcher.

The gap between Nicolas Sarkozy and LR continued to widen during the presidential campaign where he never supported Valérie Pécresse.

According to comments reported in the press, the former head of state, who cultivates a closeness with Emmanuel Macron, was very harsh towards the candidate: “non-existent”, “Valérie did not understand anything”, “she would do well to quote me”…

The LRs had ended up giving up all hope of support. “I’m tracing my route,” repeated Valérie Pécresse fatalistically. And the break was publicly consummated at its last meeting in Paris, when the name of Nicolas Sarkozy was whistled by part of the public.

Tuesday the coalition proposal tensed especially the right wing of LR. “Melt the right into Macronian ideological nothingness is a short-term vision,” warned the mayor of Chalon-sur-Saone Gilles Platret.

Nicolas Sarkozy “breaks the silence to explain to us that he wants a major recomposition with En Marche, the answer is no”, for the sovereignist deputy Julien Aubert.

But the temptation could be great among LR deputies worried about their re-election in the June legislative elections, or in the moderate wing of the party, part of which has already joined Macron or the Horizons party of Édouard Philippe.

“The hypothesis will have to be on the table, it will rock”, predicts a deputy.

As of Tuesday, the deputy of Yonne Guillaume Larrivé estimated that Nicolas Sarkozy was “right to commit with force and clarity” for Emmanuel Macron, because “it is the only choice in accordance with the national interest”.

Others prefer to see in this blasting a kind of “year zero” of the right.

“We have to turn the page on the Sarkozy generation,” says MP Pierre-Henri Dumont.

For the number 3 of the party Aurélien Pradié, “the single party wanted by Macron is a major danger”. “Basically, it may be a chance,” he said on Twitter.