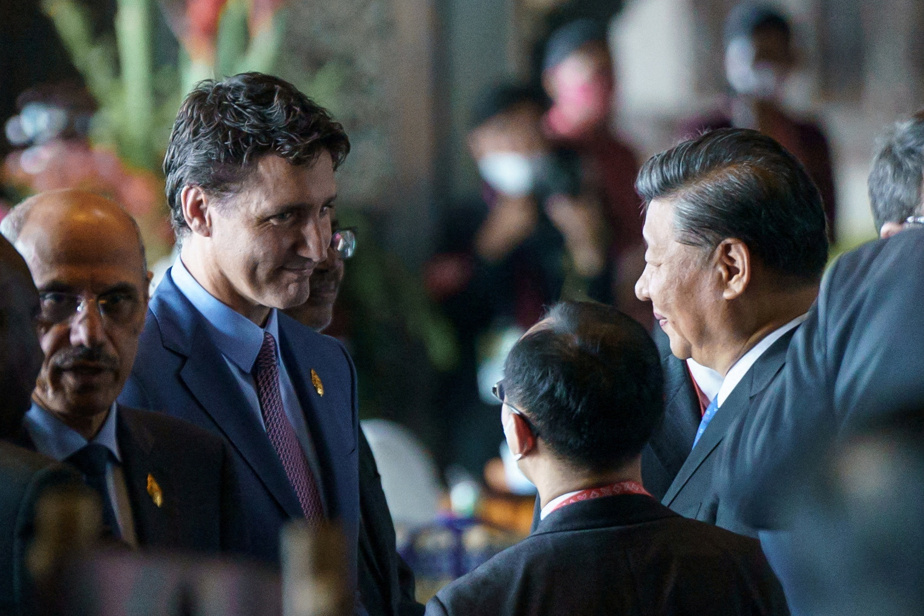 “In Canada, we believe in free, open and frank dialogue, and that is what we will continue to have. We will continue to seek to work together constructively, but there will be things on which we will not agree, ”insisted the Prime Minister.

“Let’s establish the conditions first,” replied his interlocutor before turning on his heels.

The Minister of Foreign Affairs, Mélanie Joly, would also have expressed her concerns in this regard to her Chinese counterpart, Wang Yi. “We will not accept any form of foreign interference in our elections, in our democratic system, or in general,” she said in a press briefing.

“There is no conversation to be had on this question: it is intolerable”, she also hammered, Wednesday.

In Ottawa, Minister François-Philippe Champagne applauded the behavior of his boss.

“I was not there, but what I appreciate is that the Prime Minister is standing up for Canada, as he always does,” he pleaded in a press scrum on Wednesday morning, before his party’s weekly caucus meeting.

His colleague in finance, Chrystia Freeland, who is also deputy prime minister, did not want to answer questions from journalists about this diplomatic incident.

Conservative MP Luc Berthold for his part suggested that Justin Trudeau was the one who had looked the worst in this affair. “He should have arrived there better prepared to be able to face, to face President Xi”, he argued in a press scrum in parliament, Wednesday noon.

The Prime Minister’s Office normally releases summaries of bilateral talks for the media, as do most world leaders. This time, as it was a brief and informal meeting, the Canadian leader’s entourage provided a brief summary to the media on site.

Beijing’s interference in the electoral process

The Global News network revealed last week that China has deployed an extensive campaign of foreign interference against Canada, including through a clandestine network of at least 11 federal candidates in the 2019 federal election.

A House of Commons committee will look into these allegations in the coming days.

The Conservatives have been exerting intense pressure on the Trudeau government since the beginning of the week, asking it to reveal the identity of the candidates who would have been financed by the Beijing regime.

“We must know who are the 11 candidates who received money,” insisted MP Berthold.

In the Liberal camp, it is felt that this kind of intelligence should be discussed in a secret committee such as the National Security and Intelligence Committee of Parliamentarians.