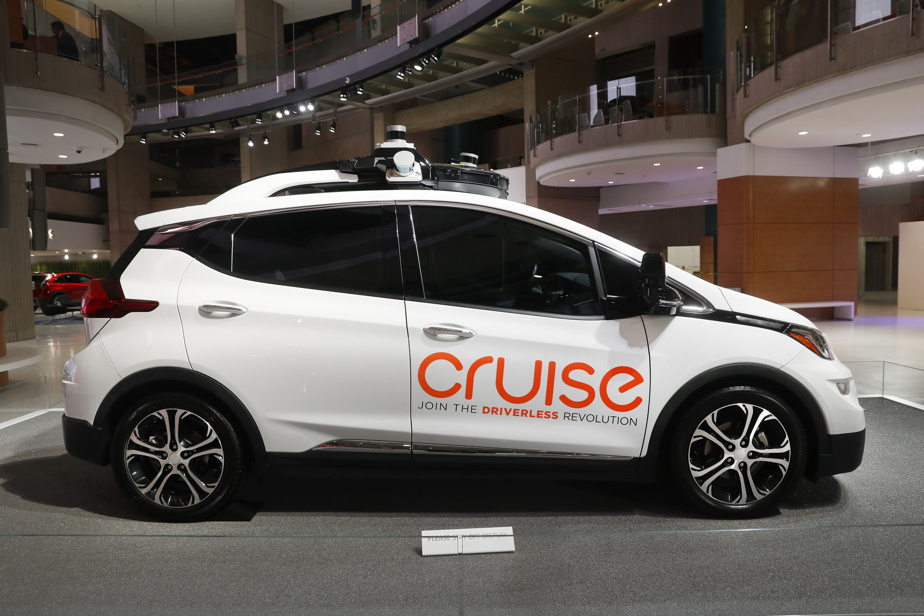 (New York) The United States Highway Safety Agency (NHTSA) has opened an investigation into the vehicles of Cruise, a subsidiary of General Motors (GM) specializing in autonomous driving, after several accidents linked to sudden deceleration or stopping impromptu.

The National Highway Traffic Safety Administration has received three separate reports of crashes resulting from the car suddenly braking, prompted by self-driving software, “in response to another vehicle approaching rapidly from behind “, according to an opinion of which AFP became aware on Friday.

In all three cases, the automobile was being driven under the supervision of an individual, able to regain control if necessary, said NHTSA.

In each case, the vehicle approaching from behind collided with the Cruise car.

The agency also indicated that it had received “multiple” reports of incidents occurring in a driving configuration without human supervision, that is to say without the possibility of immediate recovery in the event of a software failure.

All of these examples relate to vehicles coming to a sudden stop, for no reason, in the middle of the lane.

The investigation will aim to determine “the extent and severity of potential problems” and assess the safety implications.

Asked by AFP, Cruise expressed his intention to “continue to collaborate fully with the NHTSA” and any other competent regulator in order to find “the balance between regulatory oversight and innovation that we so badly need to save Lives “.

The GM subsidiary assured that its vehicles had already traveled more than a million kilometers in normal traffic conditions, without any death or accident endangering the life of a passenger.

Cruise has been carrying fare-paying passengers aboard its robotaxis in San Francisco since early June.

At the beginning of September, it had recalled 80 cars in the United States to modify the software after the collision of a vehicle in its fleet which had not correctly predicted the trajectory of another vehicle.

According to a report submitted to a Californian agency, two people had been slightly injured.

Cruise has since tweaked his software and assures that if a similar scenario were to happen again, he wouldn’t make the same mistake.

Many car manufacturers, Tesla in the lead, have been working for several years on the development of autonomous driving or driving assistance systems. But progress has been slower than initially hoped.

Waymo, a Cruise rival and a subsidiary of Alphabet (Google’s parent company), has been offering paid self-drive rides to residents of Phoenix, Arizona since 2018.