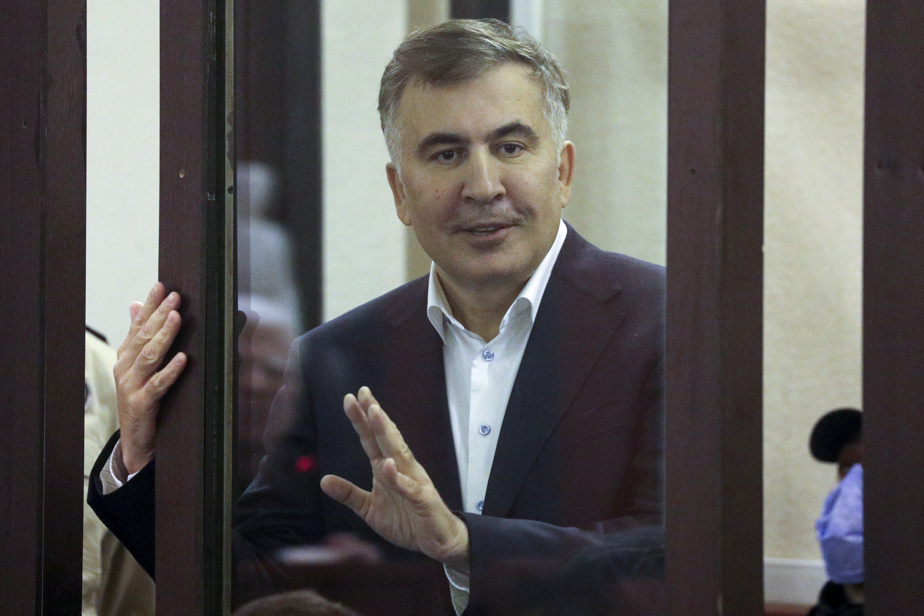 (Tbilisi) Former Georgian President Mikheil Saakashvili was “poisoned” with heavy metals in prison in Georgia and risks death if he is not properly treated, according to a medical report released Monday by his legal team.

Saakashvili, 54, who is also the leader of the opposition in the Caucasus country, was taken to hospital last year after a 50-day hunger strike in protest against his imprisonment for abuse of power, which he denounces as being political.

In a report made public by his lawyers, the American toxicologist David Smith affirms that the “tests revealed the presence of heavy metals” in the body of the former head of state and that the symptoms he presents “are the result of heavy metal poisoning”.

“With a reasonable degree of medical certainty,” these toxic agents, including mercury and arsenic, appeared in Mr. Saakashvili’s body after his imprisonment, Mr. Smith added.

According to the authors of this report dated November 28, the person concerned is receiving medical treatment that is harmful to him without appropriate supervision.

The “increased risk of mortality is imminent” without adequate treatment, “which appears to have been denied or is unavailable” in Georgia, Smith warned.

The Georgian authorities have assured that Mikheil Saakashvili receives all the necessary care, with President Salome Zurabishvili declaring that it is up to the courts to decide whether he should be released for health reasons.

Another doctor, Mariam Jishkariani, who chaired a board of doctors who examined Mr Saakashvili, told AFP on Monday that he had been “diagnosed with brain damage and neuro-intoxication”.

“He suffers from a number of serious illnesses, which are incompatible with his confinement,” she added.

Tengiz Tsouladze, member of a council of doctors set up by the Georgian rights ombudsman, revealed on Sunday that Mr. Saakashvili had “lost more than 40 kilos” during his detention.

At the head of Georgia from 2004 to 2013, Mikheil Saakashvili was imprisoned in October 2021, a few days after returning from an exile of several years, while he was wanted by the Georgian justice.