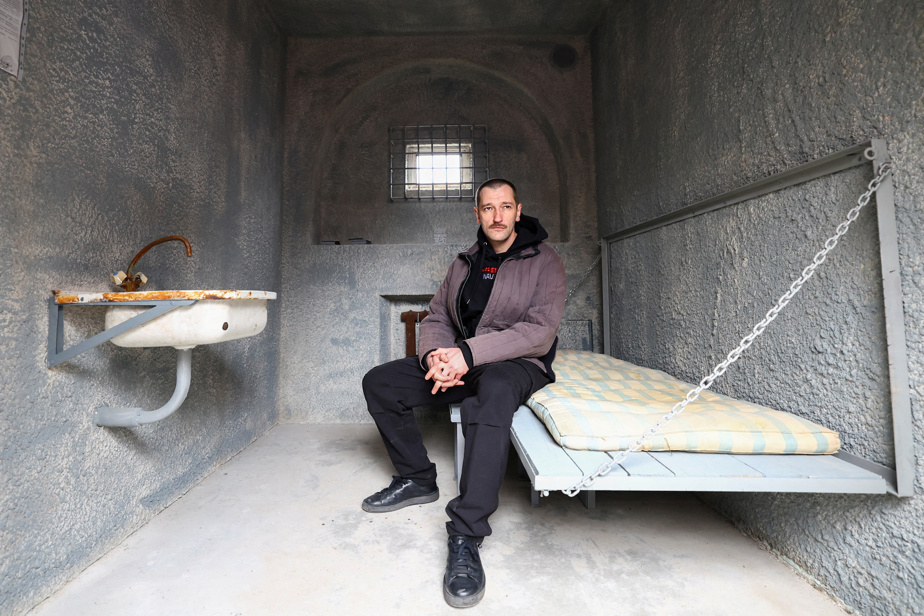 (Berlin) Supporters of Russian opponent Alexei Navalny exhibited a replica of his cell outside the Moscow embassy in Berlin on Tuesday, an AFP journalist noted.

Passersby can enter the cell about 3 meters long and two meters wide, a replica of the one where the opponent is held in a high security prison in Russia.

“I was surprised that the door was closed and I felt a little uncomfortable,” said Anya Nikolaeva, 26, who visited the replica, placed in front of the embassy, ​​​​located on the famous Unter den Linden avenue, near the Brandenburg Gate. “I was happy to know that it was going to end soon,” adds this Russian from Saint Petersburg, who participated in this action to show her support for Mr. Navalny.

The 46-year-old opponent of Vladimir Putin’s regime is jailed outside the town of Vladimir, some 230 kilometers east of Moscow, after a conviction for embezzlement, one of many judgments that Navalny denounced as an attempt to silence him.

Mr Navalny’s brother, Oleg, visited the embassy himself on Tuesday, after serving a three-and-a-half-year sentence in the Russian prison system. He participated in the design of the cell.

Light enters the room through a small window at one end, dimly illuminating a small sink, floor-standing toilet and bed, folded up during the day.

“I am amazed by his strength, especially his mental strength,” said Natalia Busch, 45, who regularly donates to the opponent’s organization.

“People are very destabilized and impressed by the conditions in which Alexei Navalny currently finds himself,” according to Eugene Nasyrov, 42, volunteer in charge of the cell.

The facility is open 24 hours a day and will operate until February 23, the eve of the anniversary of the invasion of Ukraine.

Mr. Navalny, whose state of health has deteriorated in recent months according to his relatives, was poisoned with Novichok, a Soviet-made nerve agent, during a trip to Siberia in 2020. He was treated in Berlin and accused Vladimir Putin of being behind the attack.