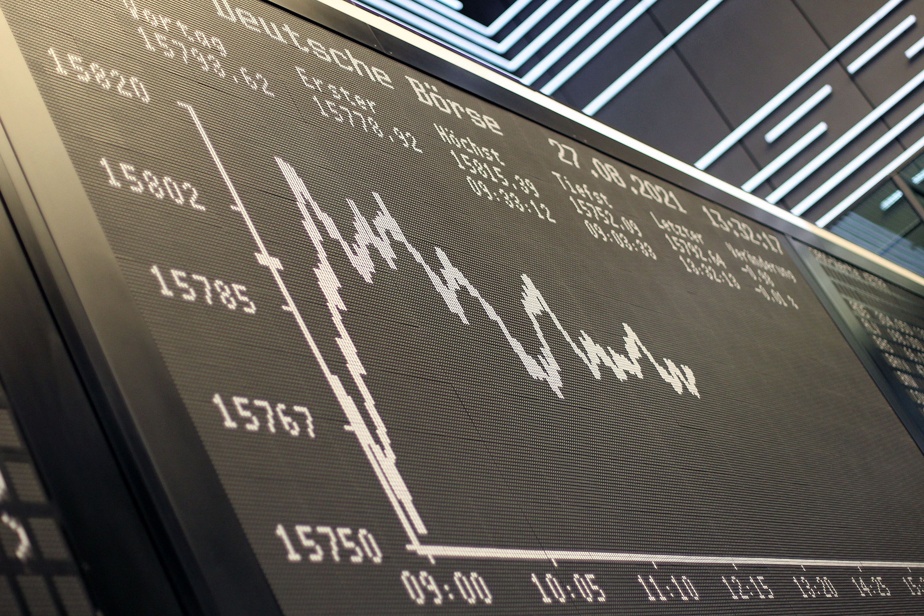 (New York) Stock markets on Tuesday welcomed the slowdown in inflation in the United States in November, which reassured them on the eve of an announcement from the American central bank (Fed).

Wall Street indices slowed after a strong opening reacting positively to weaker than expected inflation. The Dow Jones rose by 0.30%, the S&P 500 by 0.73% and the NASDAQ, an index with strong technological coloring and very sensitive to interest rates, by 1.01%.

The dollar, for its part, is penalized by the prospect of less marked action by the American Federal Reserve (Fed) and has reached its lowest level since June against the euro and the pound. Around 4:30 p.m. (Eastern Time), it plunged 0.88% against the euro at $1.0630 per euro and 0.75% against the pound at 0.8089 pounds.

The US consumer price index (CPI) slowed to 7.1% in November year on year from 7.7% in October. It is now at its lowest since December 2021.

Over one month, prices only increased by 0.1%, against 0.4% in October. Analysts were expecting 7.3% year on year and 0.2% month on month, according to MarketWatch consensus.

These figures are a boon for investors, as the US Federal Reserve began its monetary policy meeting on Tuesday. It is expected to raise rates by 0.50 percentage points on Wednesday, according to analysts’ forecasts, less than the last four hikes.

Markets seem to believe that the Fed’s inflation fight “will only require a half-point hike tomorrow and a 0.25 point hike in February,” said Oanda analyst Edward Moya.

“It remains to be seen whether this scenario will survive the first contact with Fed Chairman Jerome Powell tomorrow and the press conference following the meeting,” warns Michael Hewson, analyst at CMC Markets.

The trajectory of the consumer price index is, however, significant data for the Fed, adds Mr. Hewson. These figures could influence the increases that will be decided at the start of 2023. The key rate is currently just below 4%, whereas it was close to 0% at the start of the year.

Other central banks meet during the week, such as the European Central Bank and that of England on Thursday.

Headwinds in the air

The European leader in air transport, the German Lufthansa, announced on Tuesday that it was raising its forecasts for 2022, counting on an operating result (EBIT) of 1.5 billion euros (2.2 billion Canadian dollars), against “more one billion” (C$1.44 billion) previously, thanks to an increase in passenger traffic. This is the second time in a few months that the group has revised its forecasts upwards.

In the United States, United Airlines on Tuesday ordered 100 wide-body 787s from Boeing and put an option for 100 more aircraft, which represents the largest purchase of aircraft in this category ever made by an American company. The airline’s stock lost 6.94%, while Boeing gained 0.46%.

Shares of low-cost airline Jetblue tumbled on Wall Street 7.67% to $7.10 after reporting that travel demand appeared weaker than expected in December.

Oil prices also benefited from the assumption that the Fed would slow its rate hikes, which could limit the extent of the recession looming over the global economy.