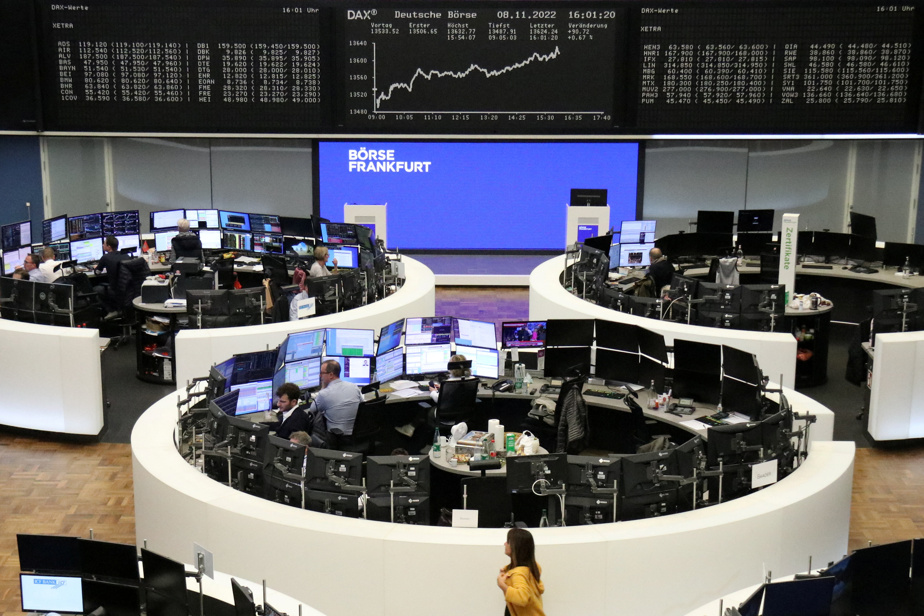 (New York) A wait-and-see attitude dominated markets on Wednesday, ahead of the final results of the US midterm elections and the release of US inflation figures for October on Thursday.

The counting of the ballots for the midterm elections in the United States is not over, but the House of Representatives seemed to be won over by the Republicans, while the composition of the Senate is still uncertain.

“The scenario in which the Democrats would be in the minority in the House of Representatives and a weak majority in the Senate is rather favorable for financial and budgetary balances, because there should be more discussions on expenditure and the budget”, explained Laurent Le Grin, head of convertible management at Degroof Petercam AM.

The market fell “because we don’t have all the results yet, so these elections were a pretext for profit taking” after several days of increases for the New York Stock Exchange, explained for his part Peter Cardillo of Spartan Capital.

At the center of investors’ attention, there are also and above all the inflation figures for the United States in October, expected on Thursday.

The challenge for the markets is “to know if these figures will pave the way for a slowdown in the pace of monetary tightening [de la Réserve fédérale] in December and early next year,” clarifies Craig Erlam, analyst at Oanda.

The US central bank has been aggressively raising its key rates since March to control soaring prices. Market players consider that it would take an improvement on the inflation front combined with a deterioration in the labor market in the United States to hope for a change in its monetary policy.

Tesla shares fell 7.17% to $177.59 after Elon Musk announced that he had sold some $4 million worth of shares in the automaker, which is to fund the social network’s takeover at a high price. Twitter.

The German sports equipment manufacturer Adidas has slashed its earnings forecast for 2022 – expected net profit of 250 million euros against double – after ending its juicy collaboration with the bubbling American rapper Kanye West at the end of October.

The group nevertheless has “options” to sell the rising sneakers “Yeezy” and plans to take advantage of the world football in Qatar to garner 400 million euros in sales of jerseys and shoes. The action, down 50% since the start of the year, gained 3.70% on Wednesday.

The dollar rebounded, taking advantage of its safe haven status.

The Binance trading platform, which announced on Tuesday evening the hasty acquisition of its rival FTX to support it in liquidity problems, abruptly abandoned the operation the next day.

Binance mentions possible mismanagement of funds and the likelihood of an investigation by US authorities.