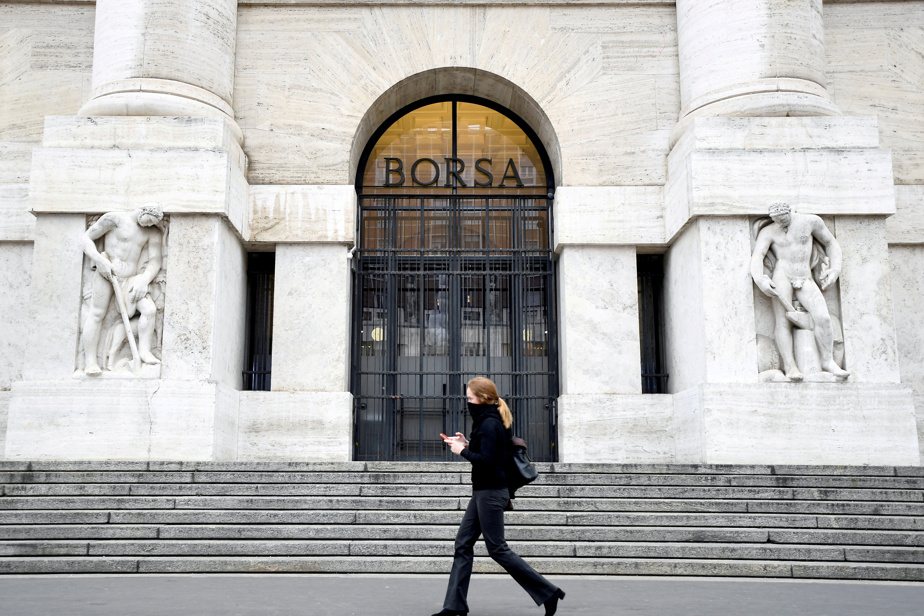 (Paris) World stock markets were down on Friday, after the debacle of the technological giants on Wall Street this week and the publication of several macroeconomic indicators in Europe.

On Wall Street, the slippage of Meta, which weighs nearly 3% of the NASDAQ index, made an impression on Thursday. The stock lost 24.56%, falling to its lowest level since January 2016. The New York Stock Exchange was heading for a lower open, -0.06% for the Dow Jones, and -1.07% for the NASDAQ according to the futures contracts.

In Asia, the International Monetary Fund (IMF) on Friday significantly lowered its growth forecast for Asia-Pacific, due to a “sharp and unusual” economic slowdown in China. Moreover, the Bank of Japan (BoJ) maintained its ultra-accommodative monetary policy, against the trend of the other major central banks.

On the Old Continent, investors are taking “profits, after a solid week for equities”, estimates Pierre Veyret.

European growth seems to have resisted the energy crisis and the war in Ukraine better than expected during the summer, according to several figures published on Friday, even if the risks of recession remain significant.

In France and Spain, gross domestic product (GDP) increased by 0.2% in 3e quarter, but the most favorable surprise came from Germany, where the government was expecting a decline in GDP this quarter, while activity in Europe’s largest economy actually increased by 0.3%.

On the bond market, the interest rates of the States in Europe went up after having touched their lowest in almost a month on Thursday. The ten-year German debt rate was at 2.1%, against 1.95% the day before.

The oil companies fill up

The American online retail giant Amazon recorded a 9% drop in third-quarter net profit on Thursday and reported lower-than-expected sales, with forecasts deemed cautious for the fourth quarter. The market reacted very badly to this publication: in electronic trading, the action fell by more than 11%.

Among the tech giants, Apple is the only one to resist after its results (+0.35% in pre-session trading).

Air France-KLM raked in 460 million euros of net profit in the third quarter thanks to strong demand for air travel during the summer, even achieving a turnover higher than the corresponding period of 2019, before the COVID-19 . The stock fell 14.28% to 1.35 euros around 8:05 a.m. EDT.

The British airline IAG (-3.11%), parent company of British Airways and Iberia in particular, posted a profit in the third quarter of 853 million euros.

The price of European natural gas took 5.23% and cost 113 euros per megawatt hour.