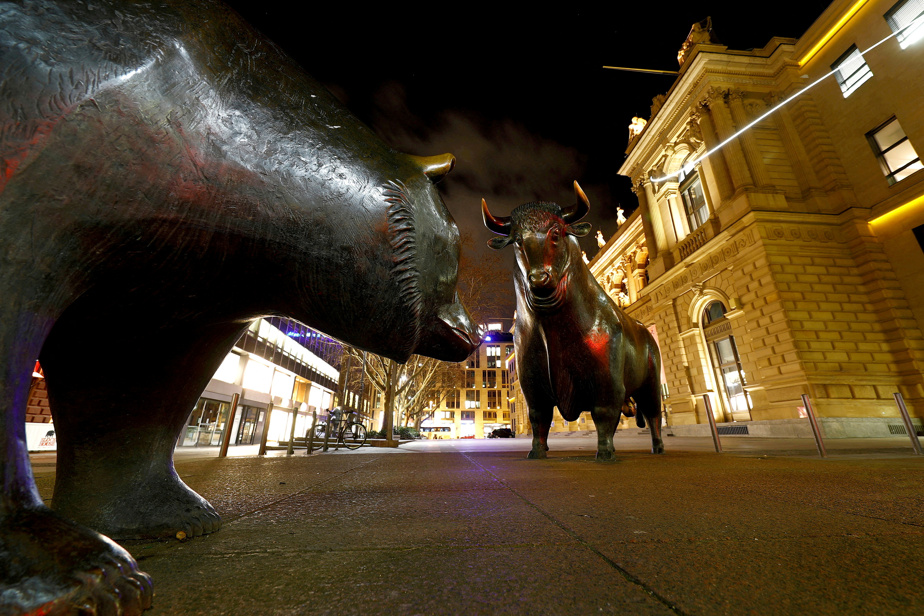 (Paris) Stock markets were heading for another week of gains, while oil prices fell on Friday in the face of the gloomy economic outlook and the renewed outbreak of COVID-19 in China.

The Eurostoxx 50, which includes 50 large European companies, even briefly went into a “bull market” in the morning, recovering more than 20% since its last low point at the end of September.

“Oil is heading for a sizable weekly loss” of 10% for WTI and 8.5% for Brent “due to heightened fears over the bleak demand outlook,” said Lukman Otunuga, an analyst at FXTM.

Investors are mainly occupied by the analysis of statements by central bankers on their next monetary policy decisions, with speeches still quite harsh on both sides of the Atlantic.

On Thursday, St. Louis, Missouri, Federal Reserve Chairman James Bullard “expressed a series of pro-tightening views that were not initially well received by markets,” reports Craig Erlam. , Oanda analyst. But the markets “rebounded however”, investors seeming to take these statements with “tweezers”, according to the analyst.

“The Fed is clearly concerned that ‘pivot dovish’ speculation,” the speculation that the U.S. central bank will soon slow its rate hikes, “could undermine its tightening efforts,” Erlam says to explain. the firmness of the speeches.

In the euro zone, key rate hikes will continue, reaffirmed Christine Lagarde on Friday in a speech in Frankfurt. The President of the ECB estimated that the recession which threatened the euro zone would not be sufficient to stem the rise in prices.

On the bond market, interest rates on government bonds in Europe and the United States were stable on 10-year maturities.

In addition, the expiry of equity and index options, as well as so-called index futures contracts – various futures contracts worth several billion dollars (known as the “three witches session”) – may lead to an increase in volatility during the session.

Amazon (+0.31% to 95.12 euros) confirmed on Thursday that it had undertaken to lay off staff to deal with the economic crisis, after several days of rumors about a social plan at the e-commerce giant.

On the side of currencies and bitcoin