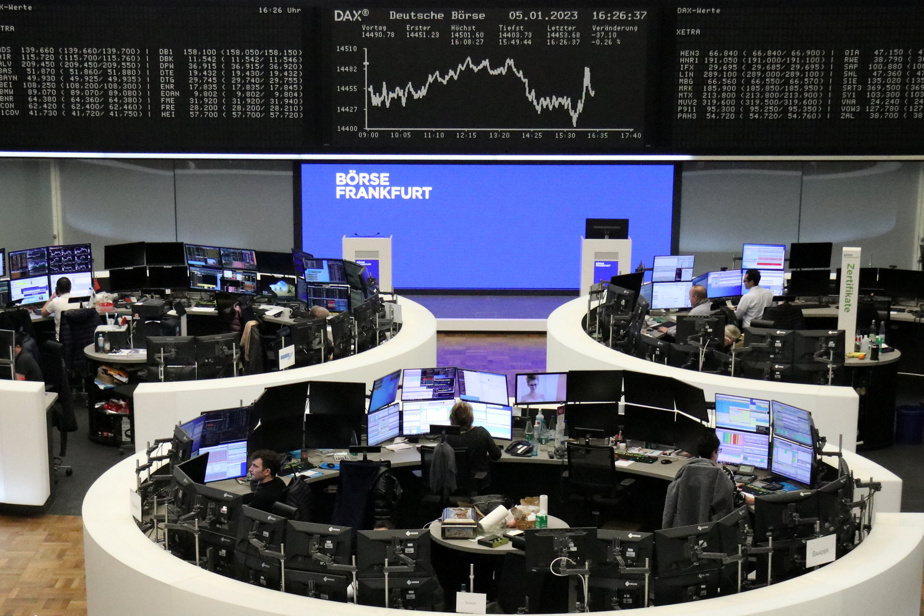 (Paris) World stock markets continued to rise, on the same path as last week, ready to believe in the scenario of a soft landing for the American economy.

After a first week of the year with a bang, the financial centers of the Old Continent rose slightly: Paris gained 0.78% after its best week for more than two years, Frankfurt 1.29% and Milan 1.02%. London gleaned 0.21% after closing at its highest in three years on Friday.

In Asia, Hong Kong gained 1.89% and Shanghai 0.58%, with indices on the continent buoyed by China’s economic reopening. The Tokyo Stock Exchange remained closed.

SPI Asset Management analyst Stephen Innes said market risk appetite is fueled by “increasing evidence that the US could experience a soft landing” for its economy and “the expected openness since very long from China.

Investors were pleased with the US employment report, especially the slowdown in the rise in the average hourly wage, which has a strong impact on the evolution of inflation.

Investors will have new elements to put in their mouths during the week, with a speech by Fed Chairman Jerome Powell on Tuesday and Thursday on inflation figures in the United States (CPI indicator) in December.

In Europe, “better than expected inflation figures”, published last week, are also boosting the markets, according to Philippe de Gouville, boss of Ismo, a savings and stock market investment application.

The founder and former boss of Chinese e-commerce giant Alibaba, Jack Ma, will cede control of fintech company Ant Group as part of a restructuring, the company announced on Saturday, as the communist regime stepped up attacks on large companies in the sector.

The title of the American biotechnology company CinCor Pharma soared 135% on Wall Street after the announcement of the upcoming takeover of this specialist in the development of new treatments against hypertension or chronic kidney disease by the AstraZeneca laboratory (- 1.02% in London) for $1.8 billion.

The British offer to buy back each share for 26 dollars (against less than 12 dollars on Friday), plus a direct payment of 10 dollars per share in cash.

Currency and energy aside

Oil prices started the week on a high note, benefiting from the optimism of investors aroused by the end of the quarantine for foreign travelers in China and the opening of the borders with Hong Kong.

The safe haven dollar was penalized by the reopening of Chinese borders. The Dollar index, which compares the greenback to a basket of other major currencies, reached a level not seen since June.