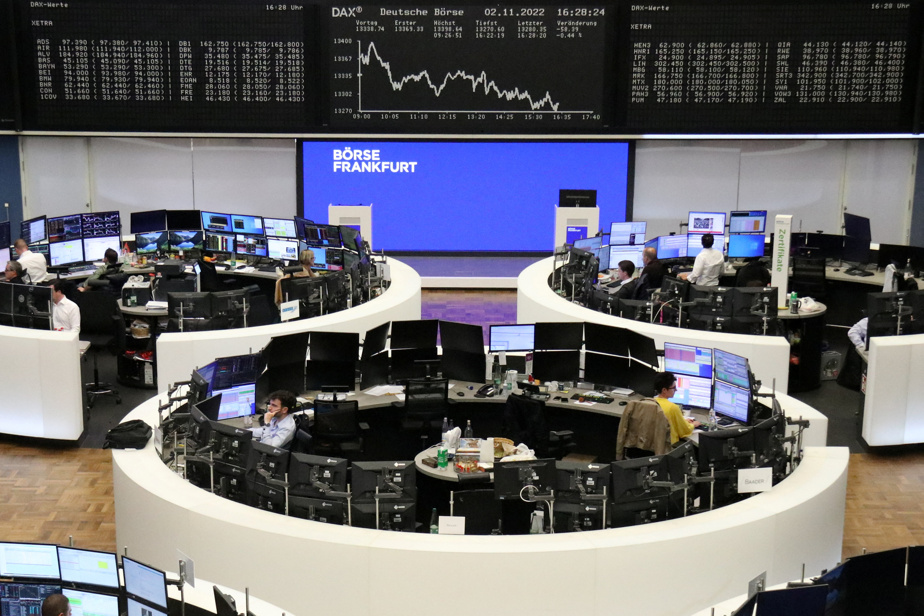 (Paris) World stock markets fell Thursday the day after the decision of the American central bank, investors integrating that rates will be maintained at a higher level and for a longer period than expected.

The New York Stock Exchange was trending down the day after a Fed ruled that a break in key rate hikes was “very premature”, disappointing investors’ expectations. Around 12:55 p.m., the Dow Jones index managed to gain 0.08% but the NASDAQ lost 0.60% and the broader S&P 500 index 0.24%.

London served as an exception, being the only Stock Exchange in the Old Continent to finish in the green. The Bank of England (BoE) made the largest hike in its main interest rate since 1989, but signaled to the market that it overestimated its desire to continue hikes which weigh on the economy.

“Central banks are taking divergent paths, which may be a sign that the recession is here and exchange rate volatility will remain high,” commented Edward Moya of Oanda.

“In the United States, attention is once again focused on data concerning the labor market and especially inflation,” continues the analyst.

Growth in economic activity in services slowed more than expected in October in the United States, reaching its lowest level since May 2020, according to the barometer published by the professional federation ISM.

On Friday, another big chunk awaits the markets, the US Department of Labor will release official employment numbers for October.

“All the bad news will in fact be good news for the markets, the Fed will tell itself that we are achieving the desired objectives” to contain inflation, anticipates Andrea Tuéni, an analyst at Saxo Bank.

The shopping center giant Unibail-Rodamco-Westfield fell by 5.26% in Paris, Vonovia by 9.18% in Germany, Merlin Properties by 2.71% in Spain.

Gas giant Uniper lost 5.27% after suffering an abysmal net loss of 40.37 billion euros since the start of the year, unheard of for a German company, due to Russian supply cuts towards Europe.

This loss is almost ten times greater than that recorded last year over the same period and it constitutes “the largest in history for a German company”, according to several specialized media.

For the automobile, it was better before

The German automobile market benefited from a strong rebound in October over one year without managing to raise the annual average of sales. In 2022 it is heading towards its new historic low after the record low of the year 2021.

The poor results of companies in the sector also made investors react: the German BMW lost 4.66%, the Franco-Italian Stellantis 3.06%, the British engine manufacturer Rolls-Royces 3.49%.

The Qualcomm component group saw its title lose more than 6.58% around 12:50 p.m., after quarterly results in line with forecasts, but projections below expectations for the next quarter, given the uncertain economic environment.