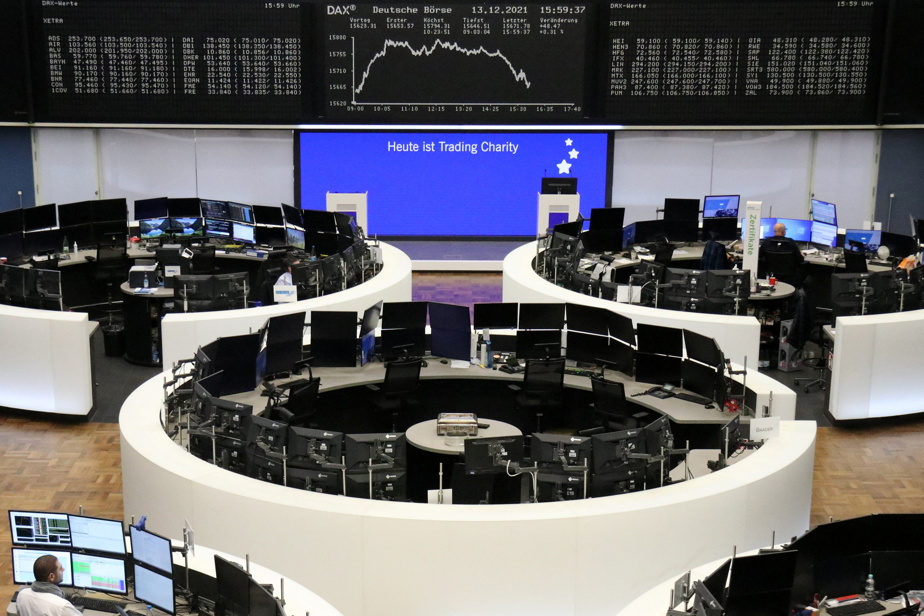 (Paris) Financial markets were on the defensive Tuesday, accusing the coup of the publication of a record inflation indicator in the United States on the eve of a decision by the Federal Reserve, still against a backdrop of health uncertainties.

Like Wall Street, European markets reacted badly to the publication of the monthly producer price indicator in the United States, which turned out to be higher than analysts’ expectations, with an increase of 9.6% on a year: the Euro Stoxx 600 immediately went into negative territory before limiting its decline.

Caution is required among investors, who are awaiting the outcome of the Fed, the ECB and even the Bank of England meetings on Wednesday and Thursday. Decisions “which could shape the end of the year”, underlines Craig Erlam, broker Oanda.

Faced with inflation, which has reached levels not seen for decades in the United States and Europe, monetary institutions are forced to revise their support policies.

The economic recovery well underway has allowed the US Federal Reserve to begin to slow down the pace of its asset buybacks. Analysts expect the central bank to announce a more pronounced slowdown on Wednesday.

They will also watch for any indication of the timing of the key rate hike, which market operators expect from the first half of 2022.

Investors are also watching closely for developments in the Omicron variant, fearing it could affect the economic recovery. If the first data showing less danger reassured the markets last week, the increased contagiousness worries investors.

In addition, it seems to be able to bypass the defenses of vaccines: that of the American laboratory Pfizer is generally less effective, but protects 70% against severe cases, according to a study presented Tuesday and carried out in South Africa, which detected the new varying in November.

Pfizer, whose stock lost 1.07% to $ 54.61 in New York, also confirmed on Tuesday that its anti-COVID-19 pill reduced hospitalizations and deaths in people at risk by nearly 90% when taken in the first days after the onset of symptoms, according to clinical trials.

“The question this week is whether central banks perceive inflation or Omicron as the greatest risk,” summarizes Craig Erlam.

Online food retailer Ocado was gaining 8.96% to 1,734 pence, after announcing it was heading for “the best Christmas” in its history. It posted retail sales for its fourth quarter up 31.6% from 2019 – but down 3.9% from last year.

Like the day before, mining started strong at the start of the European session. The sector, however, ended lower on Monday, the trend reversing with the uneasy news from Omicron and the risks to the global economic recovery.

On the oil, euro and bitcoin side