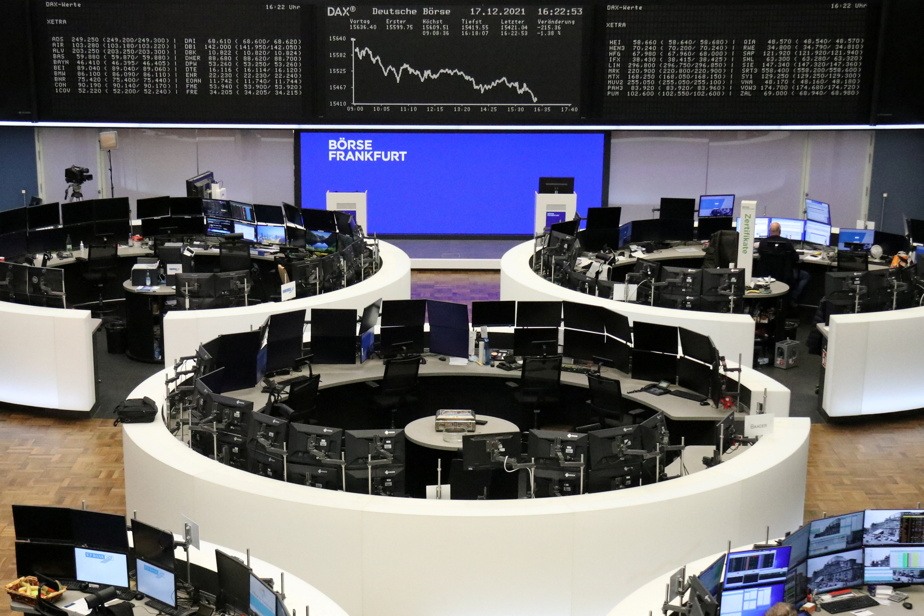 (Paris) The nerves of the markets were strained Monday as the end of the year holidays approached, due to the worrying spread of the Omicron variant which threatens the global recovery and a blow to the gigantic reform plan social work of Joe Biden.

“Investors should prepare for COVID-19 to continue to be a determining factor in the performance of markets heading into 2022,” said Robert Schein of Blanke Schein Wealth Management.

“After the upward trajectory we’ve seen over the past 21 months, investors aren’t used to extended periods of volatility,” he adds.

Transaction volumes were reduced as the Christmas holidays approached, with many managers having already completed their year, which could accentuate the upheavals.

The latest developments in the COVID-19 pandemic have prompted some European countries to strengthen health restriction measures.

In the Netherlands, all non-essential shops, restaurants, bars, cinemas, museums and theaters closed on Sunday until January 14

In Germany, the group of experts advising the government sounded the alarm on Sunday in the face of the progression of the Omicron variant and pleaded for further reductions in contacts within the population “as soon as possible”.

Moreover, investors take a dim view of the fact that the American Democratic Senator Joe Manchin has announced that he will reject the program of social and ecological reforms which aims to transform America, deeming it too expensive in times of inflation. .

On Friday, the New York Stock Exchange ended an eventful week in the red, after the US Federal Reserve’s Monetary Committee on Wednesday announced that it would end its asset purchases in March and plan three rate hikes of a quarter of point in 2022.

Investors initially reacted well, freed from monetary uncertainties, but now they worry about the end of the era of cheap money which has propelled indices to record levels and the consequences of the rise in interest rates on the most valued sectors.

The Bank of England by surprise on Thursday raised its key interest rate for the first time since the start of the pandemic.

Latest news on the monetary front, the Chinese Central Bank on Monday lowered one of its benchmark interest rates for the first time in nearly two years, a measure intended to support economic activity amid slowing down recovery.

The spread of the Omicron variant, the impact of which is feared for black gold demand, shook oil prices, which fell more than 4% Monday morning after already falling more than 2% on Friday.

The journey is in turmoil

The euro goes up