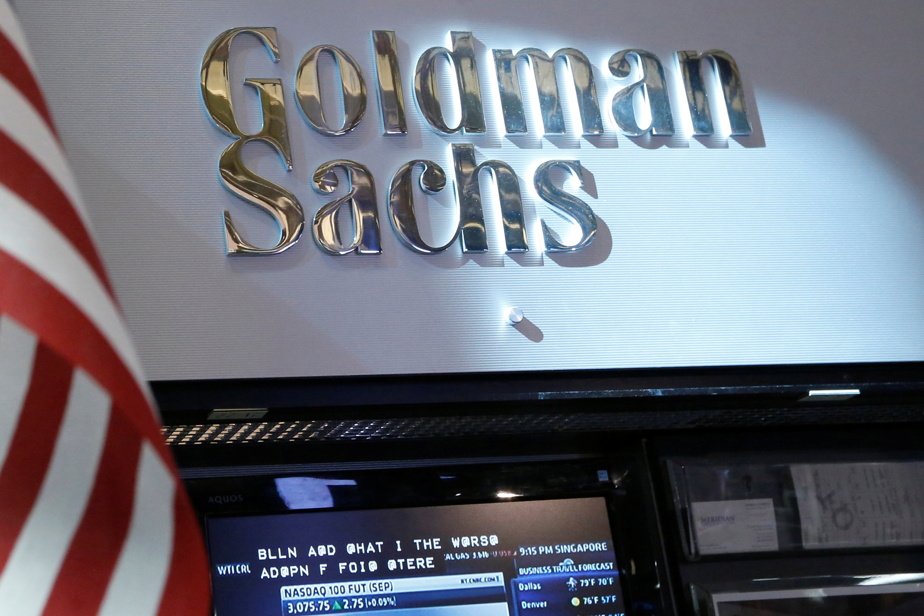 (New York) Goldman Sachs, which saw its profit fall in the third quarter, announced on Tuesday a vast reorganization of its activities planning, among other things, to consolidate its investment bankers and its brokers and to reduce its ambitions on the side of services to individuals and small enterprises.

The CEO of the New York firm, David Solomon, explained that he wanted to proceed with a “realignment” of the various services offered to its customers.

The establishment will now be divided into three units: one devoted to asset and wealth management, the other to advisory and banking activities for large companies and financial markets, and a third to its platforms in line.

The objective is in particular to increase the commissions drawn from asset and wealth management, which are less dependent on economic vagaries than brokerage or investment banking activities.

Goldman is also counting on the consolidation of advisory activities and financial markets to attract more companies.

The last division will include the fintech Greensky, which specializes in the granting of consumer credit, partnerships with other companies such as Apple as well as a platform helping companies to manage their cash flow.

Goldman Sachs had already carried out a major reorganization in January 2020, when the group wanted to diversify by emphasizing its services to individuals which Goldman Sachs had grouped under the name of Marcus. These will be redistributed.

It’s better for the bank to “focus” on customers already on the Marcus platform “rather than going after consumers en masse,” Solomon said in an interview with CNBC.

“The idea of ​​being really broad with a presence with consumers does not really correspond to our strengths”, he also noted.

The drop in results, higher than expected, is mainly due to the lower activity of bankers advising companies for IPOs, fundraising or mergers and acquisitions, their commissions plunging by 57%.

The activity of Goldman Sachs brokers on the markets, on the other hand, rose by 11%, thanks to the increase in trade in the bond, commodity and currency markets (+41%). Brokerage on equity markets fell by 14%.

The division dedicated to retail banking and wealth management, for its part, saw its turnover increase by 18%.

The bank also increased its provisions for bad debts by $515 million in order to take into account the growth of its portfolio exposed to consumers, non-payments and “the continued impact of concerns related to the economic outlook”.

“Inflation remains high. Central banks are raising interest rates at a pace not seen in decades. Meanwhile, stock markets are far from their peaks,” Solomon noted during a conference call with analysts, also referring to “geopolitical instability and energy shocks.”

On CNBC, he had pointed out that there was “a good chance that we have a recession in the United States”.

The action of the firm took 2.5% Tuesday evening at the close of the New York Stock Exchange.

Goldman Sachs is the latest major US bank to release its results. All saw their net profits decline, in particular due to the slowdown in activity of their investment bankers, but in general did better than expected with clients still maintaining, for the time being, a decent financial health.

They have put a little more money aside to deal with possible outstanding payments, but much less than at the start of the pandemic.