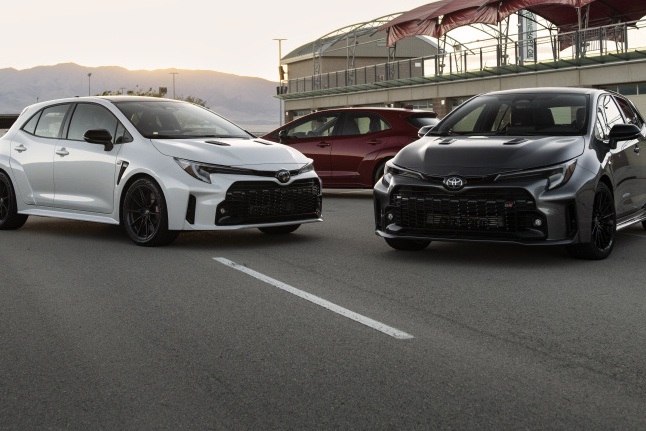 The highly anticipated Toyota GR Corolla, which will go on sale in the fall, will be positioned in terms of price directly in the crosshairs of the Volkswagen Golf R. The sportiest model in the compact line will be detailed at $45,490.

In exchange for this amount, which many will no doubt consider rather high for a Corolla, the Japanese automaker is offering an exceptional model developed in close collaboration with its CEO, Akio Toyoda. Its turbocharged 1.6L three-cylinder may seem thin, but produces an impressive total of 300 hp and 273 lb-ft of torque. It relays everything to the four wheels by means of an all-wheel drive system whose distribution can be adapted by the driver. Only the manual gearbox is on the menu, with rev synchronization.

As an option, the Circuit version will retail for $53,990 to obtain a carbon fiber roof as well as various aesthetic improvements inside and out. Finally, the $59,990 Morizo ​​livery, which will be the most radical of all, sees the rear seats disappear, in addition to a revised gearbox staging and increased torque for better acceleration.

On sale in the fall.