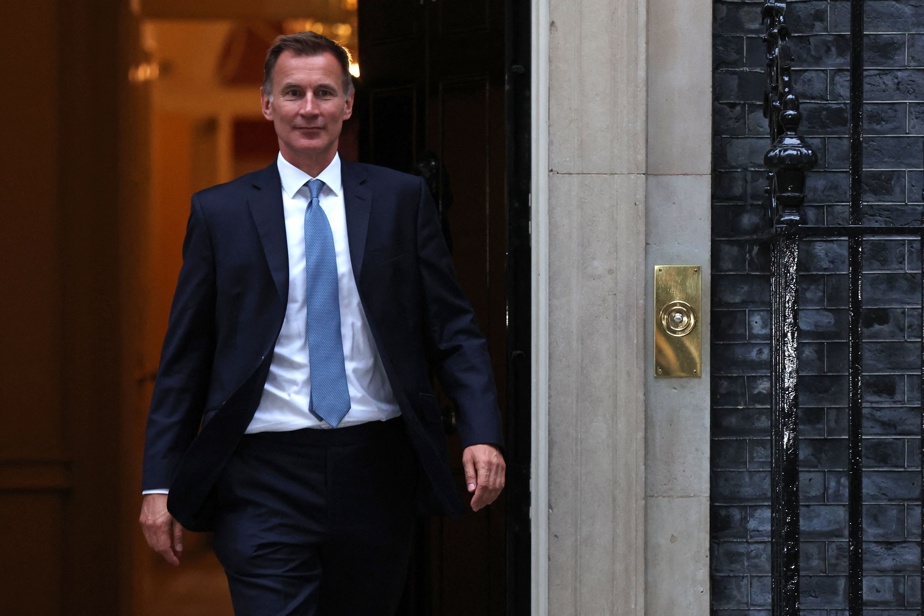 The decision by Britain’s new finance minister to scrap nearly all of Prime Minister Liz Truss’ tax measures and spending plans brought hoped-for calm to UK markets on Monday, but investors still have many questions about the future of the country’s economy and public finances.

Prices in Britain are soaring at the fastest pace in four decades, a pace of inflation that should prompt the Bank of England to raise interest rates in the coming months, even as the economic slowdown threatens to turn into a recession.

Jeremy Hunt, who is in his third full day as Chancellor of the Exchequer, said he was reversing most of the tax cuts announced by his predecessor on September 23 which had thrown markets into turmoil. He also dismantled some of M’s historic early politics.me Truss – a cap on household energy bills which was due to last until 2024. Mr Hunt said he would only guarantee bill freezes until April and a cheaper policy would be worked out by the after.

The moves are a huge capitulation to pressure from financial markets where in recent weeks the pound has fallen to historic lows against the dollar and government bond yields have soared, pushing higher mortgage rates and government borrowing costs. The uproar was precipitated by the promise of Mme Truss and his predecessor, Kwasi Kwarteng, to grant generalized tax reductions, in particular for the highest earners, financed by borrowing. Investors rejected those plans, predicting they would make Britain’s inflation problem worse and put the country’s debt on an unsustainable path.

“We are going to reverse almost all of the tax measures announced in the growth plan three weeks ago that have not begun to pass through parliamentary legislation,” Hunt said in a televised statement Monday morning. , adding that he was focused on bringing about economic stability.

Mr Hunt said he would indefinitely postpone a plan to cut Britain’s lowest income tax rate, one of the most surprising abandoned measures.

“At a time when markets are rightly demanding commitments to sustainable public finances, it is not right to borrow to fund this tax cut,” he said. Monday’s flip-flops were “probably enough to stabilize the situation,” said Dean Turner, an economist at UBS Wealth Management. But markets are likely to be “stuck around those levels”, he added, until there is a change in direction or Mr Hunt gives more tax details, which he added. he must do it on October 31.

Until one of those things happens, I can’t really argue one way or the other to see any sustained moves here.

In a sign of lingering uncertainty, bond investors have not fully reversed their moves since the Sept. 23 statement, even though most policies have been scrapped. UK bond yields – a measure of government borrowing costs – remain significantly higher. For example, the five-year bond yield closed Monday at 3.94%, down from 3.56% on September 22.

Mr Hunt said scrapping tax cuts would raise £32billion (about US$36billion) a year, but warned that “tough decisions” still had to be made on spending, each ministry having to find new cuts despite already very tight budgets.

“Fiscal credibility is hard to earn, but easy to lose,” said Paul Johnson, director of the Institute for Fiscal Studies, a London think tank. Monday’s announcements “will not, on their own, be enough to close the gaps in the government’s fiscal plans”, he added. “Nor will they be enough to repair the damage caused by the debacle of the past few weeks. »

Further spending decisions are expected in two weeks. On October 31, Mr Hunt will publish a comprehensive “medium-term fiscal plan”, which is expected to include how the government plans to reduce Britain’s debt burden, the same day the Office for Budget Responsibility, a watchdog government, will make its assessment independent of the economic and fiscal impact of policies. At the end of August, public debt was about 97% of gross domestic product, and the government said it would ensure that debt as a percentage of national income declines over the medium term.

“Mr. Hunt will still have to make some scary decisions about taxes and spending this Halloween,” Mr. Johnson said. And it remains difficult to see where any significant spending cuts could come from. »

Adding to the uncertainty is growing speculation that Liz Truss may not be able to hold on as prime minister for much longer now that her tax cut agenda has been left in tatters.

Although Mr. Hunt defeated the policies of Mr.me Truss says the government has yet to devise a strategy to tackle Britain’s economic challenges, including high inflation, low productivity, lackluster investment growth and Brexit-induced trade disruptions.

Monday was to be a judgment day for Britain in the financial markets. It was the first trading session since the Bank of England ended a program that spent more than 19 billion pounds (about C$28.8 billion) buying bonds to end the dysfunctions of the market for the past two and a half weeks. It was also an opportunity for investors to reassess plans for Britain’s public finances without central bank intervention.

Even though UK government bond yields fell on Monday, the long-term trend is for yields to rise, said Imogen Bachra, interest rate strategist at NatWest.

At the same time, the Bank of England will continue to raise interest rates to fight inflation, which was 9.9% in August. On Saturday, central bank governor Andrew Bailey said he expected interest rates to rise more than expected, given the government’s fiscal plans.

Traders are betting the bank will have to raise interest rates to over 5% next year from 2.25% currently, although that level is lower than expected the day after the September 23 statement.

The original version of this article was first published by the New York Times.