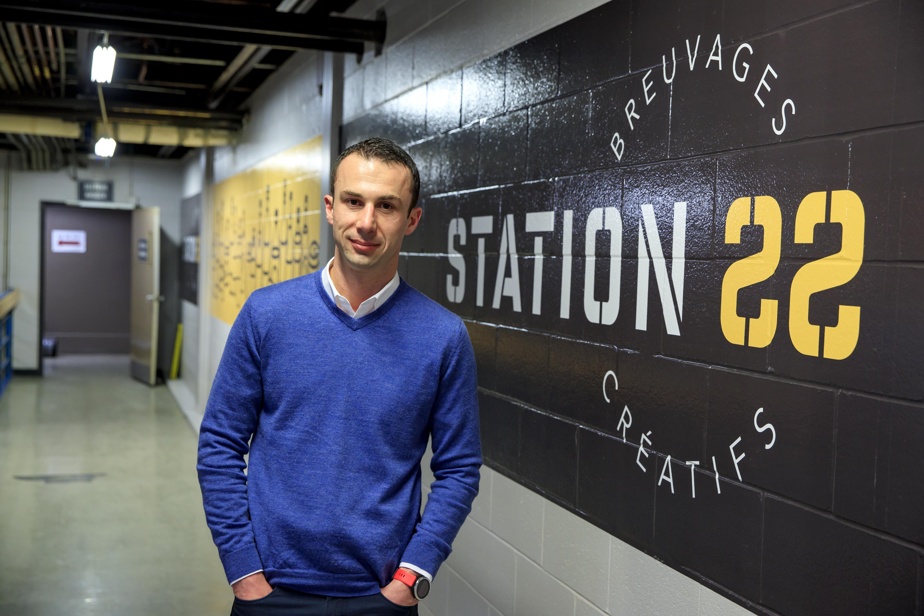 La Maison des Futailles, which was once the first bottling plant of the Société des alcools du Québec (SAQ), celebrates its 100and anniversary and is taking the opportunity to give itself a new identity, Station 22, which brings together the bottling plant, the Kruger Wines and Spirits division and finally the Mondia Alliance marketing unit. “We now want to double our sales of wines, spirits and ready-to-drink outside Quebec within three years,” announced its CEO, François Malenfant.

The Kruger family (75%) and the Solidarity Fund (25%) bought the Maison des Futailles from the SAQ in 2006, because this bottling and marketing division no longer fitted in with the company’s strategic orientations. State.

“For the Kruger family, which had acquired Scott Papers in the 1990s, it was a new diversification into consumer products,” explains François Malenfant, the 38-year-old CEO who has run Station 22 since 2016. after having occupied various functions in the organization.

“We decided to take advantage of the 100and anniversary of the company to rename it Station 22, a name that highlights the comprehensive services we offer and the year of our creation, 1922. It also brings out the creative side of our group,” adds the CEO.

Because Station 22 not only bottles well-known brand products, but also develops and markets its own products. Its catalog lists more than 300, of which a hundred are still on the market.

“We have our own product lines in spirits, notably Seventh Heaven gin or our Sortilège maple whiskey. In wine, we have several very popular products, including Australian Smokey Bay wines, which we have been marketing for 10 years now and which are sold both at the SAQ and in food stores.

Station 22 achieves an annual turnover of 120 million, of which 85 million comes from the sale of its own brands, while the other tranche of 35 million is realized from its bottling activities for private wine brands. , spirits and more and more ready-to-drink.

Station 22 began producing ready-to-drink cans four years ago by investing 5 million in a first production line alongside another investment of 7 million in a new bottling line.

The market for ready-to-drink cans is booming. These are alcohol-based cocktails that are already mixed, such as gin-tonics or gin-fizz, which are sold at the SAQ and in food stores. Alcoholic sparkling waters are also products that are popular with consumers.

“Our ready-to-drink products under the Seventh Heaven brand rank in the top 5 products sold at the SAQ. We have just invested 6 million in the construction of a new production line for cans and we plan to double annual production to 96 million cans within three years”, projects the CEO.

The ever-growing popularity of ready-to-drink will contribute, according to François Malenfant, to achieving the company’s goal of doubling its sales outside Quebec within three years.

“Growth outside Quebec is important to us. Currently, we make 12% of our revenue with our outside sales. The goal is for them to represent 24% of our total revenues within three years. A realistic and achievable goal,” said the CEO.

When Kruger and the Solidarity Fund acquired the Maison des Futailles, the new owners inherited a production capacity that was clearly underutilized.

“It was built in the 70s and 80s when we were developing large storage capacities, we were far from just-in-time… But it served us well during the pandemic and the maritime transport congestion episode. We have doubled our emergency reserves, which means that we have never been out of stock,” underlines François Malenfant.

Over the past few years, Station 22 has doubled the production capacity of its bottling lines, which had a low utilization rate of 20%.

“We have increased the utilization rate to 50%, but we still have a lot of margin that we want to use to reduce our fixed costs”, wishes the CEO.

One way to do this will be to expand Station 22’s production into adjacent product categories, such as non-alcoholic wines and spirits.

Otherwise, the emergence of new Quebec products will also contribute to occupying more of the production capacities of the bottling chains.

“We bottle for large companies, but we are increasingly partnering with new start-ups that are developing new innovative products that quickly generate volume, that’s part of our mandate,” says the CEO of Station 22.