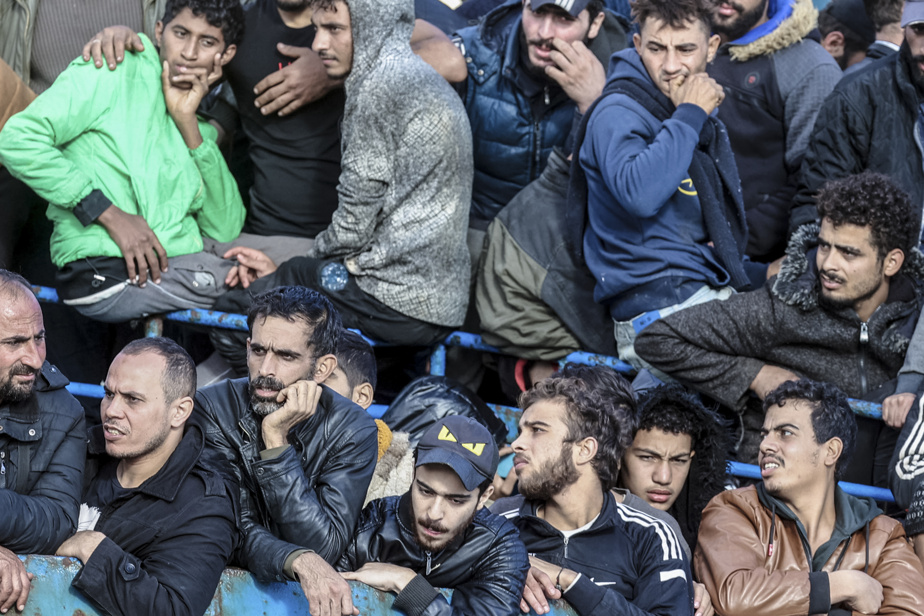 (Paleochora) Around 500 migrants were rescued at sea off Crete, prompting Athens to appeal for European “solidarity” for their care.

These people “have been disembarked, we are still counting them,” a spokeswoman for the Greek coast guard told AFP. The Minister of Migrations and Asylum, Notis Mitarachi, mentioned “about 500” people on board this boat in very poor condition and overloaded.

Athens immediately asked the European Commission “to activate relocations to other member states in the name of European solidarity”, according to a tweet from Notis Mitarakis.

The Twenty-Seven, who clash on the migration file, must meet on November 25 on this thorny question after the Franco-Italian crisis on the reception of another boat of migrants, theocean viking.

This new boat, which had sent a distress signal overnight from Monday to Tuesday, was able to be towed by a fishing boat to the port of Paleochora, in southwestern Crete.

No official information was available so far regarding the nationality of those rescued.

According to the Greek public channel ERT, they come from Syria and Egypt and include around a hundred children, who were disembarked first.

The photos taken when the boat docked on the quay of this small fishing port essentially showed men on the deck of a boat about twenty meters long, obviously very old and rusty.

The coastguard had been alerted shortly after midnight as strong winds blew over this area in the far south-west of Crete, Greece’s largest island.

Two cargo ships, an oil tanker and two Italian fishing boats were nearby to provide assistance, they said.

The migration issue is a bone of contention between the Twenty-Seven. They are divided on the solidarity mechanisms to be put in place to relieve the countries on the front line in receiving migrants, particularly in the Mediterranean.

The countries of central Europe are hostile to any relocation of migrants on their territory, while the Dublin regulation entrusts the examination of an asylum application to the country through which the candidate entered the EU.

Italy had recently refused to accommodate the ship ocean viking with 230 migrants on board, triggering a diplomatic crisis with France, which finally accepted that the castaways disembark on its territory.

Paris then called for “European initiatives” for “better control of external borders and solidarity mechanisms”.

The countries which geographically constitute the “gateway” for migrants into the EU, such as Greece, are crying out for more European solidarity.

Athens has in the past criticized its partners within the EU for refusing to accept migrants.

Due to increased patrols by the Greek Coast Guard and the European border surveillance agency Frontex in the eastern Aegean, migrant smugglers now take a longer and more perilous route south of Crete to enter the European Union.

Human tragedies are on the increase due to the risks taken by migrants who board makeshift boats on stormy or even raging seas.

On October 11, at least thirty people died in two shipwrecks off the islands of Lesbos and Kythera.

In early November, more than 21 people died and dozens were missing in two simultaneous shipwrecks off the islands of Samos and Euboea.

Since the beginning of the year, 360 migrants trying to reach the EU have drowned in the eastern Mediterranean, according to the International Organization for Migration (IOM).