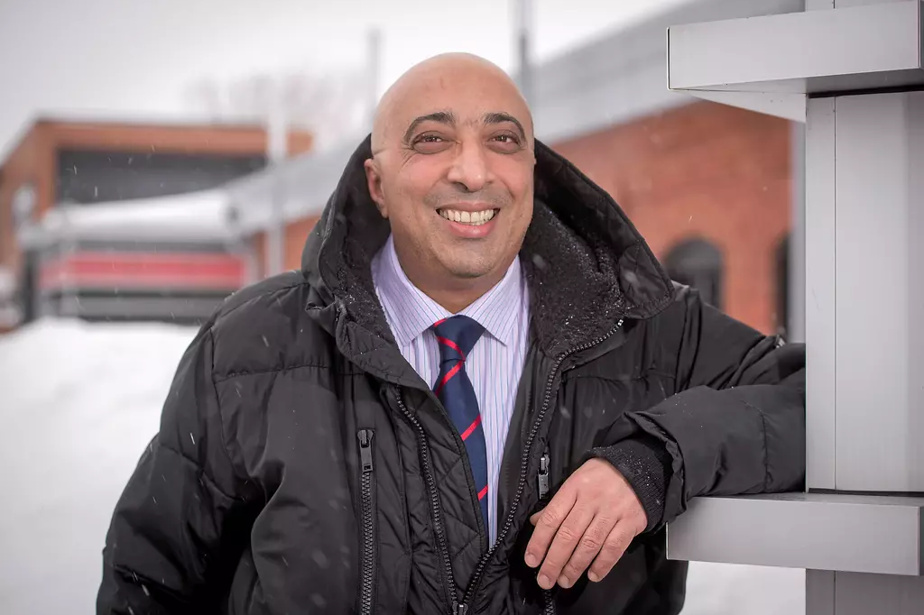 (Trois-Rivières) Quebec must quickly seize the opportunity offered by green hydrogen, according to Professor Bruno Pollet, who has just been appointed director of the new hydrogen research chair at the University of Quebec. in Trois-Rivières (UQTR).

Bruno Pollet is the head of the Innergex Chair, a new research center on renewable hydrogen production, funded by the Quebec company Innergex Renewable Energy and the Quebec government.

During the announcement of the new center at UQTR on Thursday, the professor explained that the energy crisis that is shaking several European countries that are seeking to no longer depend on Russian oil is an opportunity to work twice as hard and accelerate the development of the green hydrogen sector.

We really need to capitalize now. With the energy crisis, it is time to position ourselves well on the production of green hydrogen, to use it here in Canada and in Quebec, but also possibly to export it to Europe where they need it. We must be there to help them face the energy crisis and make their energy transition a success.

Bruno Pollet, director of the hydrogen research chair at UQTR

He argued that “companies already produce hydrogen in Quebec”, referring in particular to Air Liquide Canada in Bécancour, “and that the sector can develop very quickly”.

The UQTR research chair, whose funding is provided by Innergex ($625,000) and the Quebec government ($450,000), will develop electrolysers, instruments that allow the electrolysis of water, therefore the separation of the water molecule using an electric current, in order to generate hydrogen and oxygen.

Currently electrolyzers are expensive, in particular because they are made with rare metals, such as platinum and iridium, which come from foreign countries.

Bruno Pollet’s team intends to replace these metals with “more available, affordable and strategic elements for Canada”, and he wishes to “deploy systems on the market in three, four, five years” which “will cost 30% less “.

The researcher stressed that the objective is also to participate in the development of the Quebec and Canadian sector, “from the extraction of metals to the production of electrolysers and green hydrogen”.

Green hydrogen will be complementary

For the Minister of Economy and Innovation, Pierre Fitzgibbon, who participated in Thursday’s press conference at UQTR, green hydrogen will have a complementary place to hydroelectricity in Quebec’s energy future. , but currently, the production cost is still high.

When we look at transport, it is responsible for 44% of GHGs, but we cannot electrify all transport, so we can use green hydrogen for heavy transport such as boats, trains and trucks.

The Minister explained that green hydrogen could also decarbonize heavy industries such as steel mills and aluminum smelters, responsible for 11% of GHGs.

“Investments in green hydrogen could be very significant, we are only just beginning, but one of the challenges right now is that the cost of producing green hydrogen is far higher than blue hydrogen or gray hydrogen. »

Hydrogen is seen as a way to eliminate carbon emissions from hard-to-electrify sectors. This gas burns without emissions and can be produced using wind, solar or hydropower – it is then called “green hydrogen”. It can also be produced by extracting carbon from fossil fuels such as natural gas, after which this carbon is stored underground – this is called “blue hydrogen”. Gray hydrogen (95% of the hydrogen consumed worldwide) is made from fossil fuels, and CO2 it emits is not stored underground.

“The transition to a more low-carbon economy necessarily involves increased use of renewable energies, such as green hydrogen. Collectively, we must seize this opportunity to develop our expertise in this area and further integrate this new form of energy,” the minister said in a press release.

The government’s strategic plan for green hydrogen is due to be announced this spring.