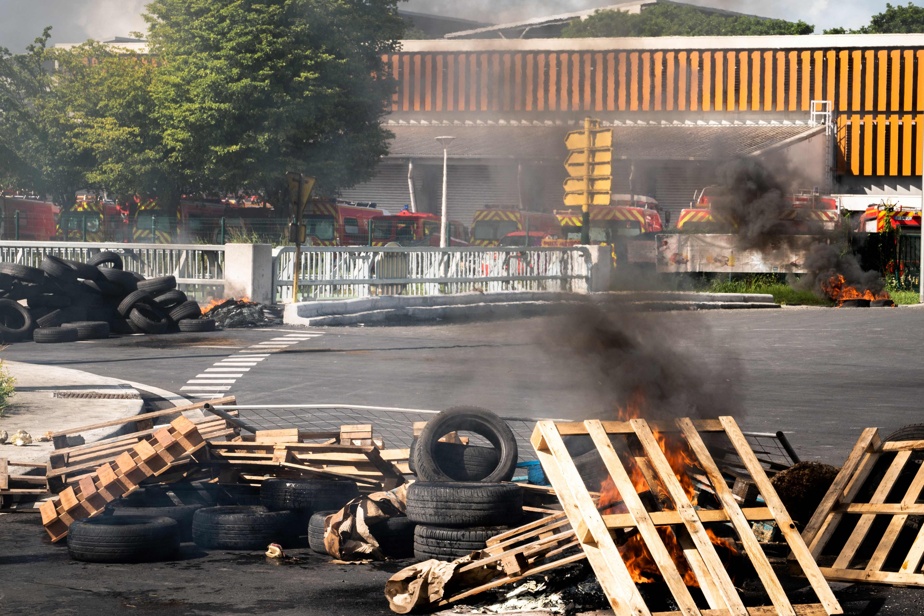 (Pointe-à-Pitre) Guadeloupe continued Thursday to see its roads, as well as access to the CHU, blocked by demonstrators on the fourth day of a mobilization launched by a collective of labor and citizen organizations to protest against the health pass and the vaccination obligation of caregivers against COVID-19.

Several incidents were reported during the day, especially around the CHU where, from 6 am (local time), a tire dam had been erected by demonstrators, “most of them hooded”, noted a videographer from the AFP.

The barrier was dismantled several times by the police and reassembled by the demonstrators before being set on fire on one of the two axes. The fire was then extinguished, the road was cleared and traffic resumed. However, on the CHU picket line, the only vehicles allowed to enter are ambulances.

A firefighter, carrying tires to a burning dam, was arrested and presented to a judge before being placed under judicial supervision, the public prosecutor, Patrick Desjardin, told AFP.

Friday, a young person will be brought before the prosecution for immediate appearance for throwing projectiles and crowding, added the prosecutor who said that a police officer was injured during the day.

“This violence can neither be tolerated nor accepted and must even be condemned by all”, declared Thursday evening in a press release the prefect of Guadeloupe, Alexandre Rochatte, warning that “the perpetrators of violence will continue to be arrested and prosecuted. ”

“The situation is complicated at the CHU de Guadeloupe. Roadblocks, suspensions, sick leaves, but also blockages and demonstrations in front of the hospital, etc., disrupt the smooth running of care […] chemotherapy, for example, could not be administered today. Doctors cannot join their posts, ”Cédric Zolezzi, deputy CEO of the CHU de Guadeloupe told AFP.

“There is filtering at the entrance, especially for interns, some of whom are prevented from passing. One of them was even attacked by a hooded person ”, he added, affirming that“ there is no possible dialogue ”.

The rector of the academic region, Christine Goff-Ziegler, also condemned Thursday in a press release “all acts of vandalism and obstacles to movement” or “to access to establishments”, of which the students “are the first victims “.

On the other highways, including in the small roads of the Grands Fonds, in the Guadeloupe countryside, roadblocks blocked the passage.

Many of them have been dismantled, “by residents or motorists,” noted Steve Salim, an entrepreneur specializing in short agricultural circuits.

The entrepreneur, who crisscrosses the island to ensure the delivery of his vegetable baskets, was unable to work normally: “It’s a big loss, 60 baskets remain on my hands. But I also have several pallets of baskets which must leave for Saint-Martin and Saint-Barthélémy: the refrigerated truck cannot take the small roads ”.

In a press release, the Union des Entreprises-Medef condemned “firmly the obstacles to freedom of movement”. “After months of restrictive measures for our population and for the country’s economy, it is unacceptable to allow this spiral of self-destruction to prosper,” she denounced.

In addition, the COVID-19 epidemic is picking up slightly in Guadeloupe, although “the situation remains stable at the hospital level”, according to a press release from the prefecture, with a positivity rate of 1.5%. “Respect for individual and collective protection measures is imperative,” the statement said.